As we celebrate the New Year, it's important to take the opportunity to reflect on the highlights of 2010 and their impact on this market.

Many of the changes are healthy as sustainability and emissions reporting moves away from "feel good" disclosures towards risk identification and competitive advantage.

Led by large organizations such as Bank of America, Proctor and Gamble, Tesco, and Walmart, and often starting initially with tier one suppliers, surveys of suppliers' carbon footprint and efforts to reduce carbon, energy and waste are now pervasive. Environmental performance has been elevated to a standard item now on many supplier evaluation forms and RFPs. Senior executives ignore this trend to their peril.

2. Climate Regulation is Mostly Dead, Except for the U.K., California and the U.S. EPA

In general, the recession, lobbying and a lack of public support has stopped most climate regulation. No global accords were reached in Copenhagen in 2009 and the 2010 climate meetings in Cancun were a non-event. Governments raided funds raised by RGGI and the Carbon Reduction Commitment to meet general fund deficits, and in other countries implementations of carbon regulations were delayed. The European cap-and-trade program faces fraud allegations.

In short, there is very little momentum for climate regulation in the world today. The State of California is a large exception: Voters confirmed support for moving forward with a regional cap-and-trade in 2012, but watch its implementation as the state struggles with high unemployment and massive budget deficits.

The U.S. Environmental Protection Agency continues to move forward with direct carbon dioxide (CO2) regulation, but some experts predict implementation delays as the regulations are challenged in the courts. Sustainability leaders and EHS professionals need to ensure their largest facilities that meet facility-level thresholds for regulation are compliant, but the trend towards extensive carbon regulation is over for the foreseeable future.

Despite widespread support and success, the U.S. EPA abruptly began winding down its Climate Leaders program. The Chicago Climate Exchange, a pioneering effort to voluntarily trade carbon, announced the cessation of trading in late 2010. Despite these early efforts ending, the Carbon Disclosure Project program continues to grow, supported in part by Walmart and other large companies.

In February, the U.S. Securities and Exchange Commission issued guidance for publicly traded companies to report climate risk in official financial statements, such as 10-Ks or annual reports. This action amplifies the importance of calculating a company's carbon footprint and assessing its climate risk. Look for more disclosure requirements from investors and insurance companies in the years ahead.

After years of work and testing, the World Resources Institute and World Business Council for Sustainable Development have nearly finalized internationally recognized standards for calculating the indirect or so-called Scope 3 emissions of companies and products. The WRI/WBCSD standards for Scope 1 and 2 emissions are well accepted, and hopefully these new Scope 3 standards will become a global standard as well. Understanding Scope 3 emissions is essential for identifying a company's largest "carbon hot spots" and to assist in the prioritization of efforts and investments. Sustainability leaders should monitor Scope 3 case studies and determine if the benefits merit the cost of data collection.

The plethora of green ratings for companies and products continues to proliferate, and companies continue competing for better rankings. Newsweek recently entered the fray, joining the influential rating systems maintained by the Carbon Disclosure Project, Ceres, Climate Counts, Dow Jones, Good Guide, Greenpeace and others. Leaders need to prioritize and participate in the ones that are critical to major stakeholders, despite frustrations with the multitude of different data request formats.

Companies, especially retailers and manufacturers, have discovered the cost savings of green or lean operations and reduced waste. Subaru and others started to advertise "zero landfill" manufacturing plants. Discussion of water reduction and footprinting increased in 2010, but debates about water footprinting methodology has slowed adoption. Expect more reporting needs for waste and water this year.

8. Awareness of the Power of LCA Grows, but its ROI Remains Problematic

While understanding of the value of LCA to identify carbon hotspots and to defend green product claims grows within the organization, the costs of product level LCA remain high. While a few efforts continue with product-level carbon reporting, wholesale adoption of product-level reporting is low and will remain so.

Companies now better understand that carbon and energy are flip sides of the same coin. Enhanced company reputation drove awareness at the Board of Directors level for sustainability initiatives, and the recession and need for cost savings are driving more energy reduction projects. Energy accountability and visibility at the corporate level improves data collection for energy use and increases support for projects with solid paybacks. If sustainability leaders and CFOs have not already added energy intensity as a key performance indicator (KPI) to their sustainability scorecards, they need to do so.

This year will inevitably bring more change. Key trends to watch are the adoption of Scope 3 reporting standard, the rise in third-party verification of reported carbon data due to concerns and legal risks over greenwashing of reported emission data, and any increases in public reporting of energy intensity metrics (energy per revenue dollar or per product shipped).

What do you think are the next five trends in carbon reporting? Please share your thoughts in the comment section below. 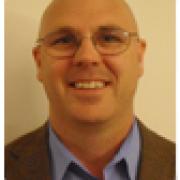 5 lessons from Walmart on making supplier scorecards work for you

How Genzyme cut its energy bill by 13% last year

Why Walmart's better supplier scorecard is a big deal

See all by Paul Baier