There seems to be an app for everything, whether you're looking for a ride across town, finding a place to crash for the night or even hoping to advance renewable energy.

Energy is responsible for more than a third of global greenhouse gas emissions, primarily from burning fossil fuels for electricity. A cornerstone of the Paris Agreement coming out of the U.N. COP21 climate talks was investing in renewable energy, such as solar and wind, alongside energy efficiency.

Want to be a part of expanding the renewables economy? Here are 10 nifty apps for businesses and consumers alike. 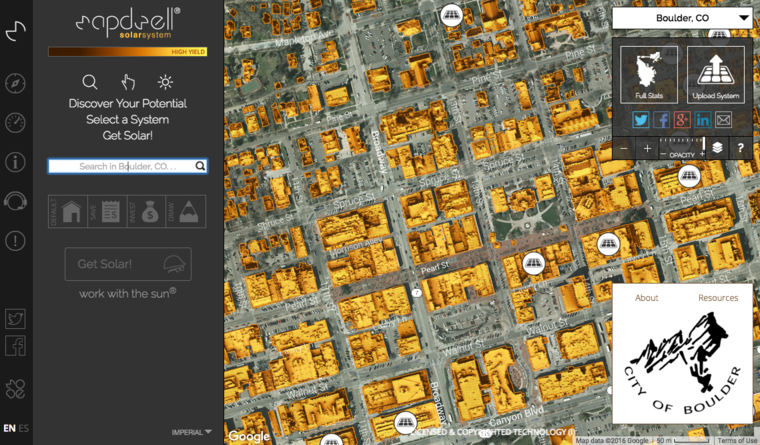 What's the solar potential of your town ? This app, developed by MIT researchers, maps the solar potential of entire cities by doing a cost-benefit analysis for every rooftop. Enter an address, and Mapdwell estimates installation costs, the number of years it will take to earn back this investment, the amount of carbon offset by the installation, and detailed installment specs such as the optimal panel tilt and the number of panels to fit on the roof.

Mapdwell has mapped a handful of cities across the U.S. and Chile, with plans for every major U.S. metro area by the end of 2016. 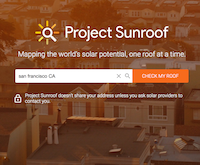 For getting from Point A to Point B you may already turn to Google Maps, which Project Sunroof Google aims to leverage to advance solar energy. Sunroof gives homeowners details about how much solar power their roof can generate and how much money they could save on electricity by installing solar. Its 3D modeling calculates the amount of space on a building’s roof for solar panels, and analyzes the positioning of the sun over the course of a year, accounting for the type of cloud cover and temperature in the neighborhood.

Launched in August in San Francisco, Fresno and Boston, Sunroof recently expanded to 42 states, and can analyze around 43 million rooftops. Now tens of millions of potential solar customers can Google their own rooftops for solar suitability. 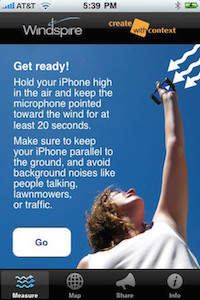 This nifty, if slightly dated, app allows you to measure wind speeds with a smartphone, estimating what a Windspire wind turbine could power and how much CO2 could be saved. Tap the "Check my wind" button and hold the phone up with the microphone facing the wind. You can the post the speed to a map and share it with others.

While this isn’t much more than a creative marketing tool for wind turbine producer Windspire, it also serves to generate public interest in wind energy by directly showing the positive environmental dividends of embracing wind power.

This technically isn’t an app but an open data initiative launched by the energy industry in response to a White House call to action. Yet Green Button enables households and businesses to use web and smartphone apps more easily to pick the best rate plan for themselves; to take advantage of customized energy efficiency tips; to use easy-to-use tools to size and finance rooftop solar panels; and to download virtual energy audit software that can cut costs for building owners and help start retrofits sooner. 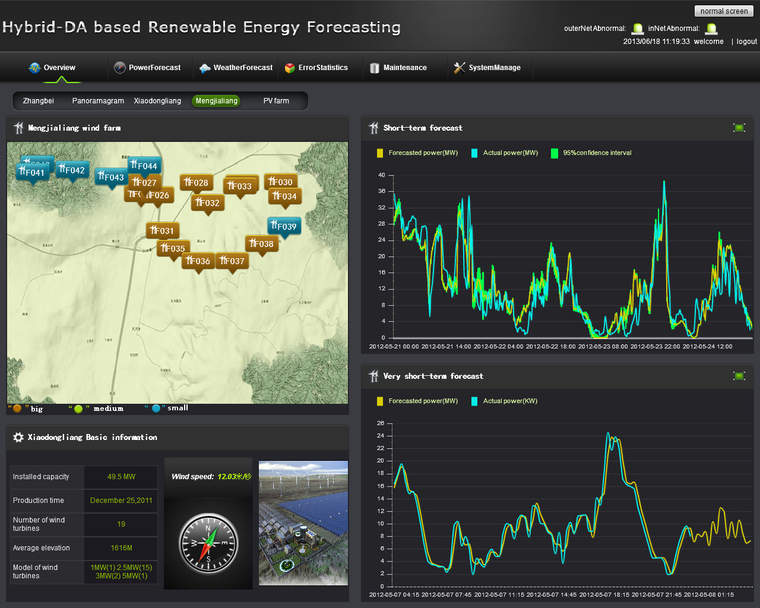 This free smartphone app allows businesses and individuals to calculate the renewable energy generation potential of a given location. Launched in 2015 by the International Renewable Energy Agency, it allows renewable energy "prospectors" and investors to comprehensively research projects before making early investment decisions. It draws on data from 1,000 maps provided by 67 governments and 50 data centers. 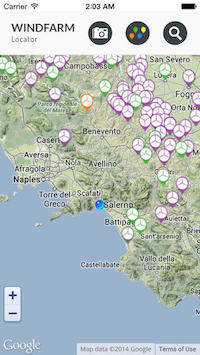 This app turns an iPhone or iPad into a global wind farm-monitoring platform, which lets you see real-time renewable energy production from turbines around the world. Overall, tens of thousands of wind farms on the app span from the United States to Germany and beyond.

One interesting feature is being able to find nearby wind farms using a feature that shows real-time production data. The app also colors the wind farms according to size, offers capacity information, shows the number and model of turbines, indicates estimated electricity production per year for each and estimates the number of homes that electricity could power. 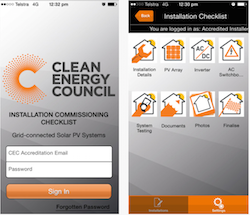 From the Clean Energy Council, this app is designed to make it easier for solar installers and businesses to track their jobs, to perform high quality installation work and to cut down on administration. It includes details for each step of a solar installation, and lets you record and verify that every job has been installed to standards.

Solar Checklist incorporates a barcode scanner, up-to-date technical help and a way of linking photos. Overall, the app helps solar installers document the details of each solar installation, provides handy prompts and can save time and paperwork. 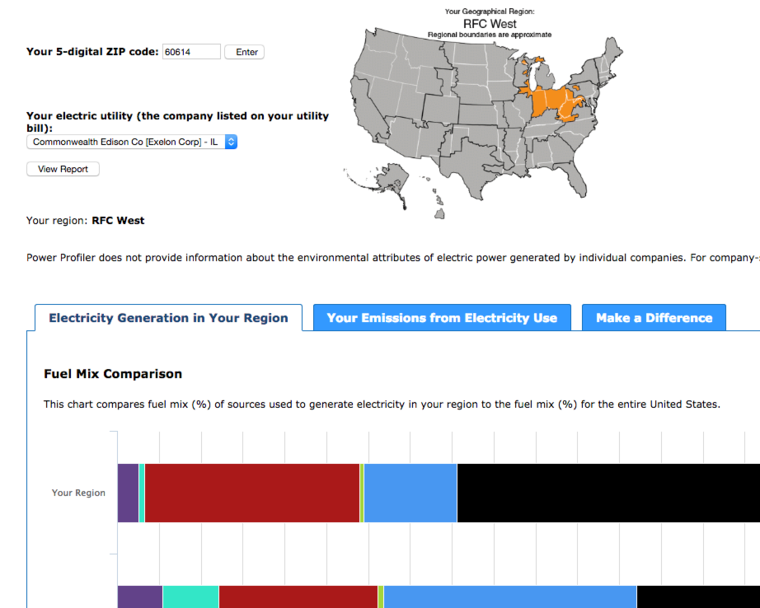 Input a ZIP code, and the EPA Power Profiler tool lets you compare the fuel mix and air emissions rates of the electricity to the national average and determine the air emissions impacts of electricity use. However, the Power Profiler does not provide information about the environmental attributes of electric power generated by individual companies. 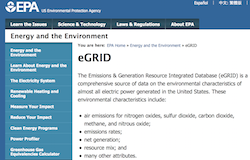 Another offering of the EPA, the Emissions & Generation Resource Integrated Database (eGRID) is a comprehensive source of data on the environmental characteristics of almost all electric power generated in the United States. This includes air emissions for nitrogen oxides, sulfur dioxide, carbon dioxide, methane and nitrous oxide; emissions rates; net generation; resource mix; and many other attributes.

What should Google’s 'Project Sunroof' do next? Help cut energy demand