Ever feel you’ve got an idea that could solve some enduring problem? Or get annoyed by bad design and feel you could create something better on your own? Many projects on crowdfunding sites such as Kickstarter and Indigogo are born out these feelings of necessity and out of frustrations about the current market, and none more so than those in the sustainability space.

Each campaign on these sites showcases a prototype or concept that needs financial backing for further research, development or initial production. Here are 10 products and projects to check out, and maybe even fund. If nothing else, perusing the list could be great fodder for getting your own creative juices flowing. 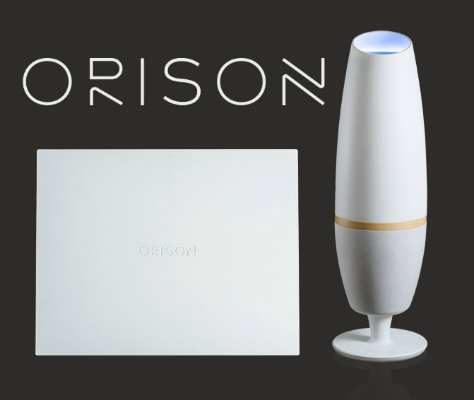 The Orison battery system for homes and businesses has been raking in funds, reaching most of its desired total in just a couple of days. This recently launched campaign gives the Tesla Powerwall a run for its money. You plug the Orison into the wall electric socket like any other appliance. It stores energy during the times of day when electricity rates are low and then uses that energy to power your home or business when rates are high. It also stores energy generated from rooftop solar and provides electricity during grid failures.

The Kickstarter campaign funds will be used for safety certification and for beginning mass production of the Orison, and perks for pledging include presales of the system.

2. Biking in the rain 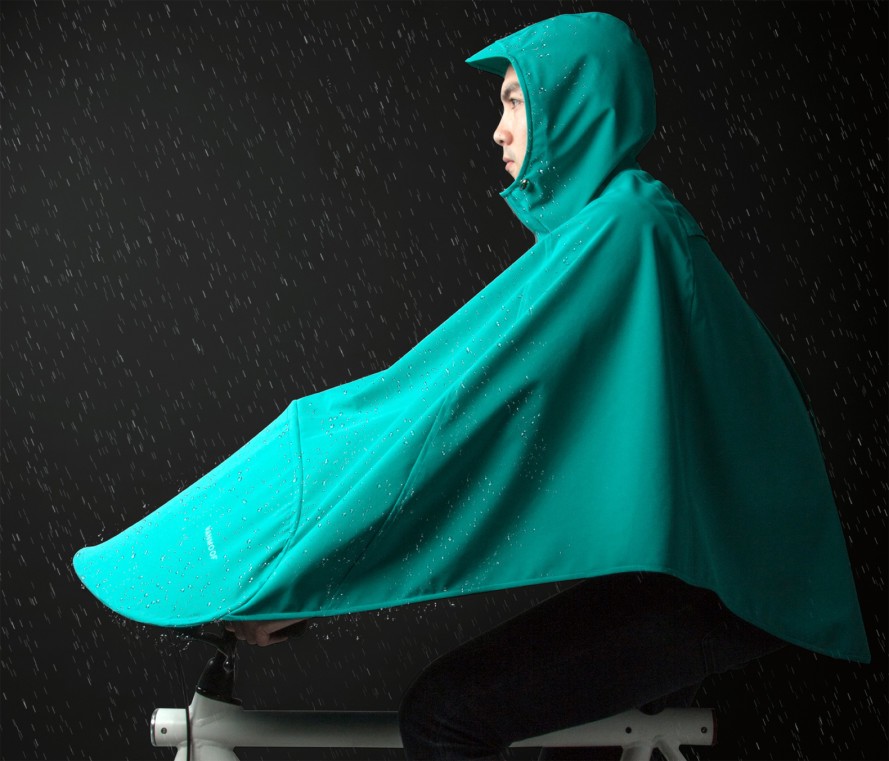 A bout of rain can make the most staunch environmentally conscious bicycle commuters wish they had a car. Bicyclists in largely wet climes are accustomed to changing out of a rain suit consisting of a waterproof jacket, hood, pants and gloves before heading into the office.

The BONCHO — or bike poncho — does away with all of that. It’s essentially a hooded raincoat that extends to the handlebars, creating a tent that covers rider’s arms and legs. The BONCHO folds up like a typical pup tent after use, enabling you to skip the changing room and eliminating your excuse for not riding to work on those wet days.

It’s a golden-egg concept: Using another’s waste as your fuel. HY-TEK Bio hopes to do this with industrial greenhouse gas emissions. The idea is to commodify carbon dioxide pollution by putting an algae farm on carbon dioxide-emitting flues in industrial manufacturing and power generation, then selling the algae as it grows. All the while, the algae’s photosynthesis process produces oxygen on an industrial scale.

The state of Maryland has funded much of the research, but HY-TEK Bio claims that the Kickstarter campaign currently underway will help in the creation of the first commercial product. 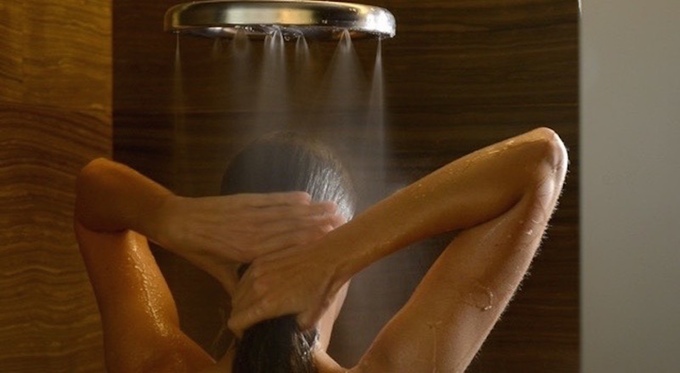 With the concerns over regional droughts growing, many of us feel obliged to rethink the way we shower. Backed by over $3 million, the makers of the Nebia Shower discovered and produced one one answer for this market for water conserving technologies. The shower head splits up the water stream into droplets much smaller than that of the average shower head, producing a dense mist that the campaign argues uses 70 percent less water.

The Nebia is currently going through rounds of testing with the riches garnered from its wildly successful campaign, but it is taking preorders for the actual product. 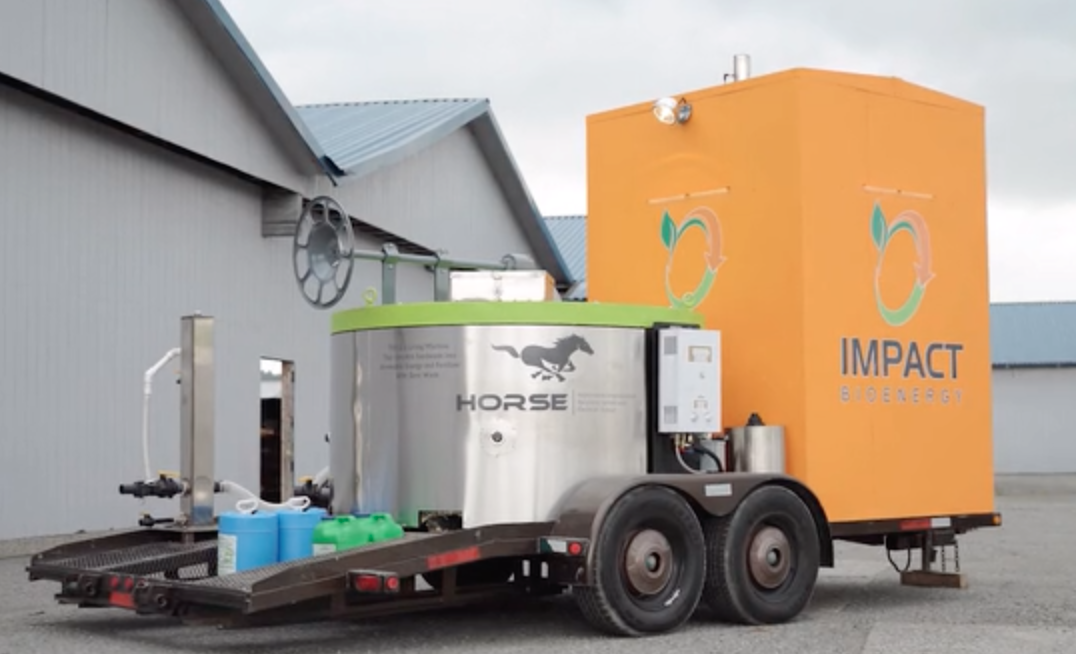 Impact Bioenergy is tackling simultaneously the food waste and the renewable energy conundrums with its HORSE (High-solids Organic-waste Recycling System with Electrical Output). The machine turns food waste into both fertilizer and renewable energy through a gasification process.

The project received 120 percent of the funding it sought, which means that Impact Bioenergy expects to be able to have at least two of the food waste energy converters up and running in the Seattle area soon. 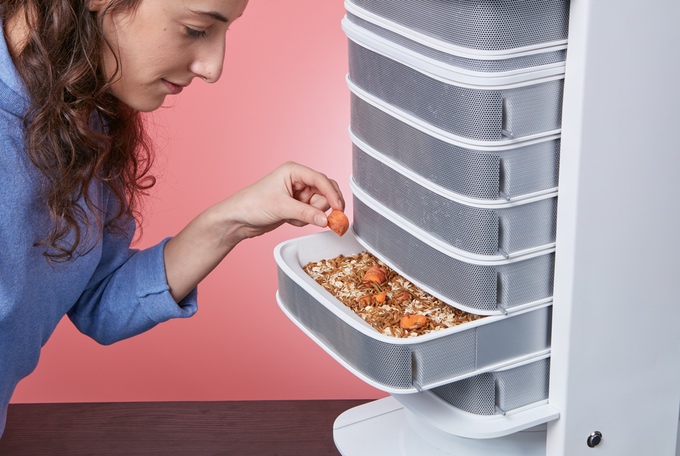 In the future, we’re all going to be eating bugs. Get this mealworm hive to be ahead of the curve.

All kidding aside, mealworms are very high in protein and they can be sustained on the vegetable scraps from your kitchen. LIVIN Farms Hive has designed a multi-tiered system with eight horizontal trays so that anyone can grow her own worms. Each level is for a stage in the life of the insect, from egg to beetle, and allows you to create a farm to provide you with a steady crop of worms. Once you get past the ick factor, mealworms are said to be tasty when prepared correctly. Considering that thousands of Americans will seek out a sea insect, the lobster, for their upcoming Valentine's Day meal, an impending cultural shift where we relish mealworms may not be too far-fetched.

Many people are already on board with the concept, given that LIVIN Farms Hive successfully has raised enough money to fund their goal of starting mass production of the Hive, bringing mealworms into home-cooked meals everywhere. The campaign suggests that you keep your mealworm farm on your kitchen counter, but that decision is up to you.

7. Save water with a bag 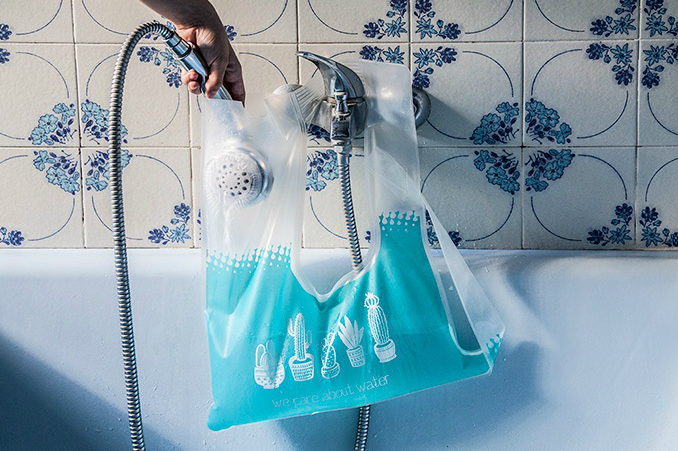 The best ideas are often the simplest. The WaterDrop is a very simple concept that aims to solve a specific but persistent daily source of wasted water in many households: The 1 to 2 gallons that goes down the drain while somone waits for the shower to heat up.

The WaterDrop is a bag that is placed over the tub spout or showerhead. That’s it. But the durable plastic material and the openings that are designed with a low chance of spillage make saving the water easy. The salvaged water can then be used in the garden, to fill the toilet, to keep the pet hydrated — for pretty much any household water needs. Once you see it, you’ll begin to wonder why we haven’t been using this all along. 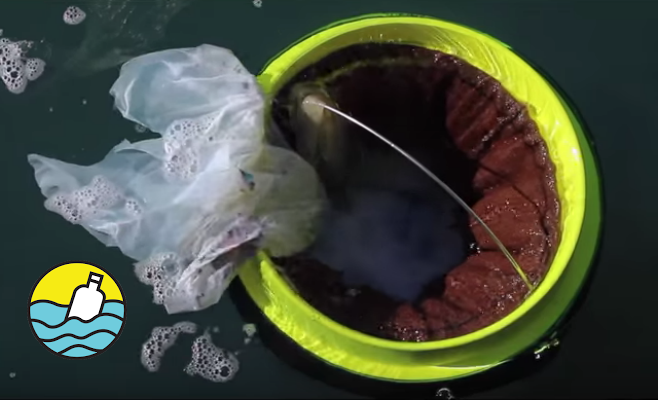 The Seabin is an around-the-clock vacuum for marinas and ports. It captures anything floating in the water, from plastic bags to motor oil. The bin filters the floating garbage in a basket and the water then flows through a pump on a floating dock that separates the water from liquid pollutants such as oil and detergent.

The concept was cooked up by two Australian surfer dudes who had grown annoyed of wading in garbage. And their ire must not have been exceptional because the campaign to ramp up production of the Seabin recently was fully funded. 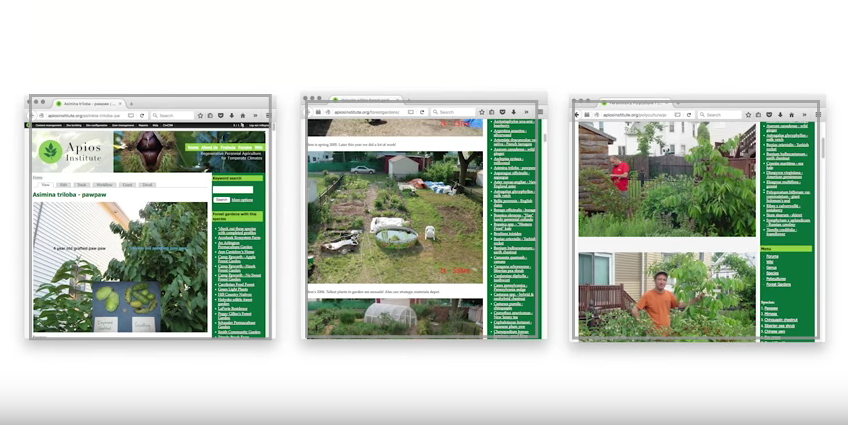 In natural ecosystems, it is uncommon to find huge swaths of land containing a single species of plant. But our current mass scale agricultural practice of monocultures aims to create exactly this type of environment, with acre after acre of a single crop.

The aims of the Apios Institute work against this trend by bringing to light bio-diverse gardening practices modeled on the structure of forests. The multi-layered plant systems include trees, shrubs, flowers, herbs and fungi all growing amongst each other, protecting and fostering one another’s growth while also making the best use of vertical space.

The Apios Institute is compiling information from an all-volunteer network of farmers, gardeners and researchers about how species can be combined to work together in order to create symbiotic mechanisms for lush food gardens and forests. It is running a campaign to gains the funds to collect the necessary information for the creation of a comprehensive wiki of polyculture information for climates world-wide. 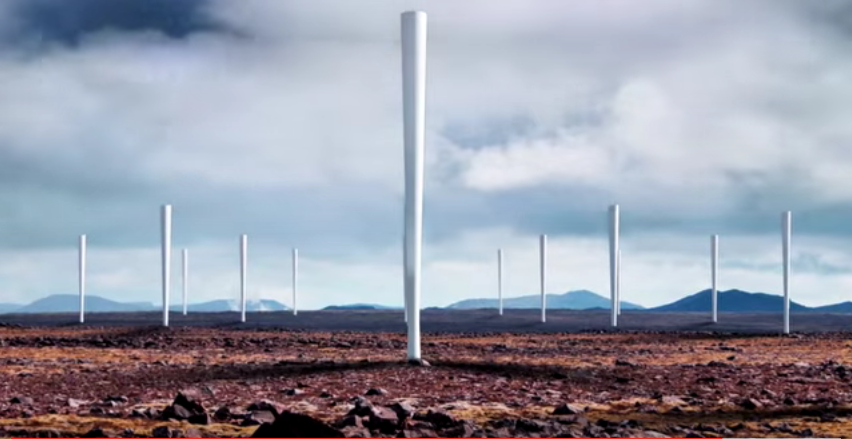 The space of renewable energy is exciting in part because it provides uncharted territory for new methods of harnessing power. The Vortex uses the power generating ability of wind in a new way. It’s a vertical rod that waves back and forth with the resonance of resisted wind to create an oscillation effect, the energy of which can be used to generate electricity.

The design does not include blades, which thereby eliminates the noise and potential hazard to birds that turbines pose. The campaign also claims that the sleek design of the Vortex allows it to generate electricity that is 40 percent cheaper than that of conventional wind turbines of comparable energy generation.

The fully funded campaign aims to use its funds to create a 100 Watt commercial pilot, with long-term aspirations of creating large structures with the potential for offshore installation.