Was 2011 good or bad for sustainability and green technology?

First, the bad news. Three solar manufacturers trying to push the technological edge -- Solyndra, SpectraWatt and Evergreen Solar -- all went down in messy, public spectacles. Governments around the world, terrified about deficits, began to pull back on programs designed to promote renewable energy and sustainability. Electric cars like the FIsker Karma, Mitsubishi I and the sedan from Coda Automotive were delayed. The UN Talks in Durban, South Africa ended where they always do: with agreements to meet again.

Meanwhile, natural gas seemed to gain a reputation as the miracle fuel of the future. It's cheap! it's efficient! It's in your backyard!

But then there is the bright side. Environmental organizations won a battle to delay the Keystone XL pipeline: the fight isn't over, but this first round demonstrated that the environment remains a rallying cry for a large bloc of committed voters. Poll after poll shows that the public general supports renewable power and wants to reduce fossil fuels.

And guess what? Skeptics of hydraulic fracking have become more vociferous. If you had to put numbers on it, you could say renewables one, 52 to 48.

2012 will be another tight year. Here are ten trends and companies to watch:

1. Renewables Will Start to Win Over the Jobs Argument. The 2012 Presidential election will be only about one thing: jobs. In the energy and sustainability context, the debate boils down to whether you think more jobs can be created through by pipelines and offshore drilling or through erecting solar farms and retrofitting buildings. In the end, it's more of an emotional argument than a logical one: people tend to choose their side first and then build their argument around it.

But here is where renewables win: they don't take years. The U.S. will install 1.7 gigawatts worth of solar by the time 2011 ends, nearly double the 887 megawatts last year. Total new nuclear in the U.S. the past two years: zero megawatts. New York University and Yale professors have recently found that you're more likely to get solar if your neighbor does. SolarCity will hire veterans to install 160,000 rooftop installations for its SolarStrong project: you can't beat that photo op.

Many fossil projects, meanwhile, are bogged down in land use hearings.

Despite what you hear on talk radio, Americans vote pragmatically. If renewables get results quicker, they become the better solution.

2. Mom Becomes the Most Important Name in Green. This trend may only seem like simmer in 2012 but it will build. Judging from the dinner party conversations I've had over the last year, moms are paying attention to household chemicals and food ingredients and are they angry! The level of understanding about the dangers of BPA and other industrial chemicals in the modern suburban household is astounding. Women are going to insist on better products and men will go along.

So who wins? Biofuel and biochem companies -- LS9, Gevo, Genomatica, Solazyme, etc.--will see an uptick in business and partnerships with the Dows and DuPonts of the world. But more immediately, expect to see companies like Revolution Foods (healthy school lunches), NuturMe (baby food) and Nest Collective (healthy snacks) to zoom. They can sell to customers directly.

3. Car Sharing Becomes the Future in Transportation. Lee Iacocca made a name for himself at Ford in the 60s with the Mustang. He saw a big wave of consumers coming to market that didn't want to drive stodgy cars and capitalized on it.

Car sharing plays off a similar demographic shift. Younger consumers don't have a love affair with the auto and want to live in cities. Young adults raised in suburbia moving to cities actually like trains. Car sharing gives them freedom without the hassles.

Just as important, it lets them taste test somewhat expensive options like EVs. The inevitability and implications of the trend may only emerge -- and the business models are far from established -- but 2012 in retrospect may look like 1978 or 1979 did in computing.

4. Commodity Prices Become An Ally. Thieves are swiping copper from train yards. Wheat and other cereal crops are undergoing wrenching price gyrations. In Iowa, farmland is bringing in premium prices at auction. Although natural gas sits an unnaturally low prices oil dances around $100 a barrel. Prolonged uncertainly will continue to unnerve people, and force them to think in a sustained fashion about sustainability.

5. Efficiency Pays For Itself. Efficiency: the Al Gore of green technology segments. It is good for you. It is logical. And it is near impossible to get excited about. Despite years of studies and commentaries from experts like Art Rosenfeld and Amory Lovins about the power of negawatts, businesses and homeowners still get more excited about fuel cells, solar panels and electric cars than cutting their utility bills.

And It has been easy to see why. Efficiency companies, to date, have relied on a suspicious-sounding sales pitch: give us money and we will save you money. Sure you will. Luckily, efficiency-as-a-service offerings, based around the concepts underlying the solar lease, are starting to hit the market. Under these programs -- offered by Skyline Innovations, Metrus Energy, Serious Energy, Transcend Equity and others -- the cost of retrofits gets shielded from businesses or consumers. Savings are guaranteed. Studies also show that green floor space commands higher rents. It's hard to envision further objections. (Disclosure: I've performed work for Serious Energy as a consultant.)

Efficiency as a service for data centers would be HUGE.

6. The Smart Home Becomes Stupid. How do you get consumers to think about energy consumption? Do you give them sleek devices, like the thermostat from Nest Labs, or prod them with nice tips on energy savings, like oPower does? Increasingly, it will turn out that the best thing to do is do it for them.

A source in the efficiency business recently told me that one of the most effective technologies for controlling homes is turning out to be the home security system. When people leave their homes and set the alarms, the security system shuts off the heater or air conditioner. When they return, it flips the HVAC back on. No brainpower -- or necessarily money from the consumer--needed. EcoFactor, ADT, Tendril and others will go down this path.

7. LEDs Inch Toward Acceptance. Solid state lighting, to date, has mostly been sold as a utilitarian product: LED bulbs save money, last for years, etc. So far, it hasn't worked well. LEDs, however, have a sometimes overlooked attribute: people and products look better under LED light than fluorescent. More hotels and high-end retailers will adopt LEDs. The experience will -- slowly-lead to greater acceptance in the home.

8. Green Software Begins to Make Sense. Software will play a crucial role in sustainability. The problem, however, is that few people can actually visualize in their head what the market looks like. In the PC and phone market, people understand the difference between apps, operating systems and online services. But ask them the difference between what C3 and Telcordia do and -- well let's just say that in the majority of meetings I have attended people mostly just fake it.

The mental image will begin to solidify. Quick primer. The market will be divided up into companies that primarily serve utilities (Aclara), companies that will serve a broad industrial base that give companies the ability to communicate and control previously mute objects like pasteurizers (IBM, SAP) and then customer-specific vendors with applications that bring those communication and control features to life (like those in number 4 below.)

And if you fall asleep in the meeting and need to get back on track, just say, "Where's the value add?"

9. Water Will Be Like the Weather. Everyone will talk about it but few will do anything. Sadly, it may only start to take off if humanitarian crises hit.

10. Some Names That Might Make Headlines: Samsung (the Asian giant will continue to make good on its plans to be a dominant player in renewables and efficiency); LG (ditto); Target (Walmart can't get all of the credit); Siemens (expect more acquisitions); and Autodesk (design, duh.)Waste Management (more investments in recycling); Then there is the IPO trio -- Silver Spring, Enphase Energy and BrightSource Energy -- that may finally move toward an offering. 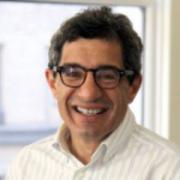