How electric vehicles can be a net benefit to the grid.

A little over two years ago, Maria Pope took the helm of Oregon utility Portland General Electric, which provides electricity services to close to 900,000 customers across the state. The utility has emerged as a leader when it comes to helping Oregonians — residents, businesses, public transit, fleet providers — to adopt electric vehicles, and earlier this month at the Bloomberg Mobility Summit in San Francisco, Pope took the stage to talk about the utility's efforts to accelerate the electrification of transportation.

After Pope's onstage conversation, GreenBiz sat down with her to chat about all things electric transportation and what things a utility can do to do usher in the new EV era. This conversation was lightly edited for clarity and length:

Maria Pope: First of all, I think it’s really important to put into context where we’re going as a utility in terms of addressing climate change. As we add increasing amounts of renewables on the system — today we’re at 40 percent renewable and in just a few years we’ll be 50 percent and we’re not stopping there — as we add solar power, wind power, other natural resources ... what we need most of is new renewables to come from the wind sector. The wind tends to blow at night a little bit more than it blows during the day. And as a result, if we can take that incremental wind and charge vehicles during the night, it’s a win-win for everyone; it keeps the grid more stable.

If we can take that incremental wind and charge vehicles during the night, it’s a win-win for everyone; it keeps the grid more stable.

The other thing we’ve seen west-wide, we’ve all heard about the duck curve. In the middle of the day, we’re generating excess power in California, which is going to Oregon, lowering our prices in the middle of the day, allowing for people who want to charge in that middle of the day ... As you know, energy has to be equal from generation to use on an instantaneous basis. So being able to store and choose when we charge is really important.

Skipping forward into the future, I can see a world where we’ll actually be using that same battery that might be in a bus or in a car back to the grid to provide stability. That’s not yet something that we’re implementing, but certainly as we put in infrastructure, we’re [going to be] creating infrastructure that will be bidirectional to allow for the bidirectional flow of electrons. 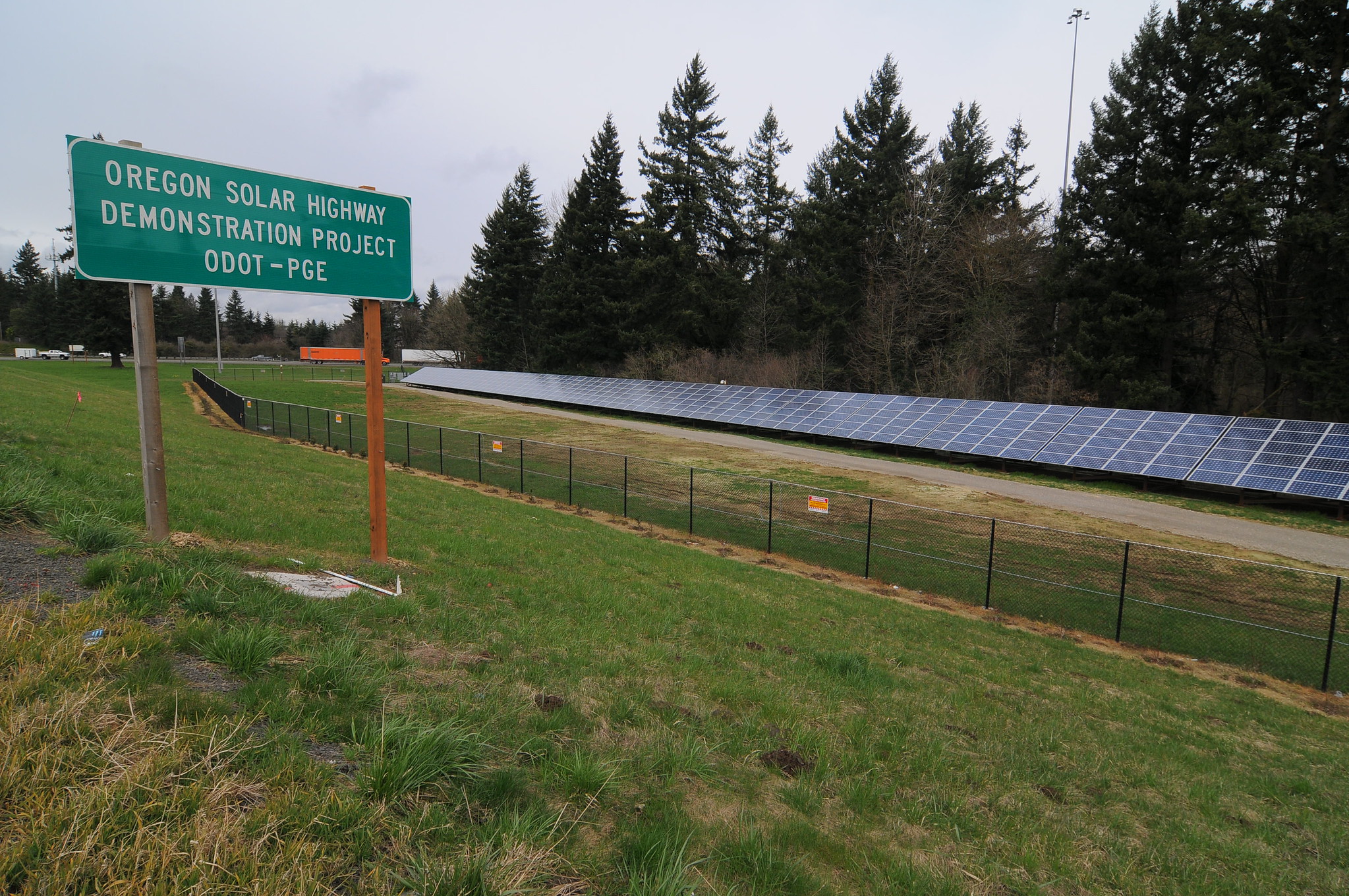 Fehrenbacher: Are these technology solutions? Education solutions? How do you create a system for EVs to be a benefit?

A couple of examples would be a terrific educational program that we just launched with Portland public schools around climate change, with fifth-grade climate activists at one of our local schools who are creating, along with the entire school system, an open-source educational platform that they will be able to use.

Fehrenbacher: Eventually when more complicated technologies like vehicle-to-grid become more commercial, what does PGE want to do?

Pope: We see this as a continuum. So right now we’re implementing some of the basics around increasing our amount of renewable energy, building out our smart grid with communications networks, with the interoperability, and the vehicle-to-grid will just be an extension of what we’re doing and the groundwork that we’re laying. The nice thing about all of this infrastructure is that it also enhances our reliability and resiliency, whether that be in periods of wildfire or earthquakes, or other natural disasters. All of this works together to create a safe, more reliable and more affordable energy infrastructure. 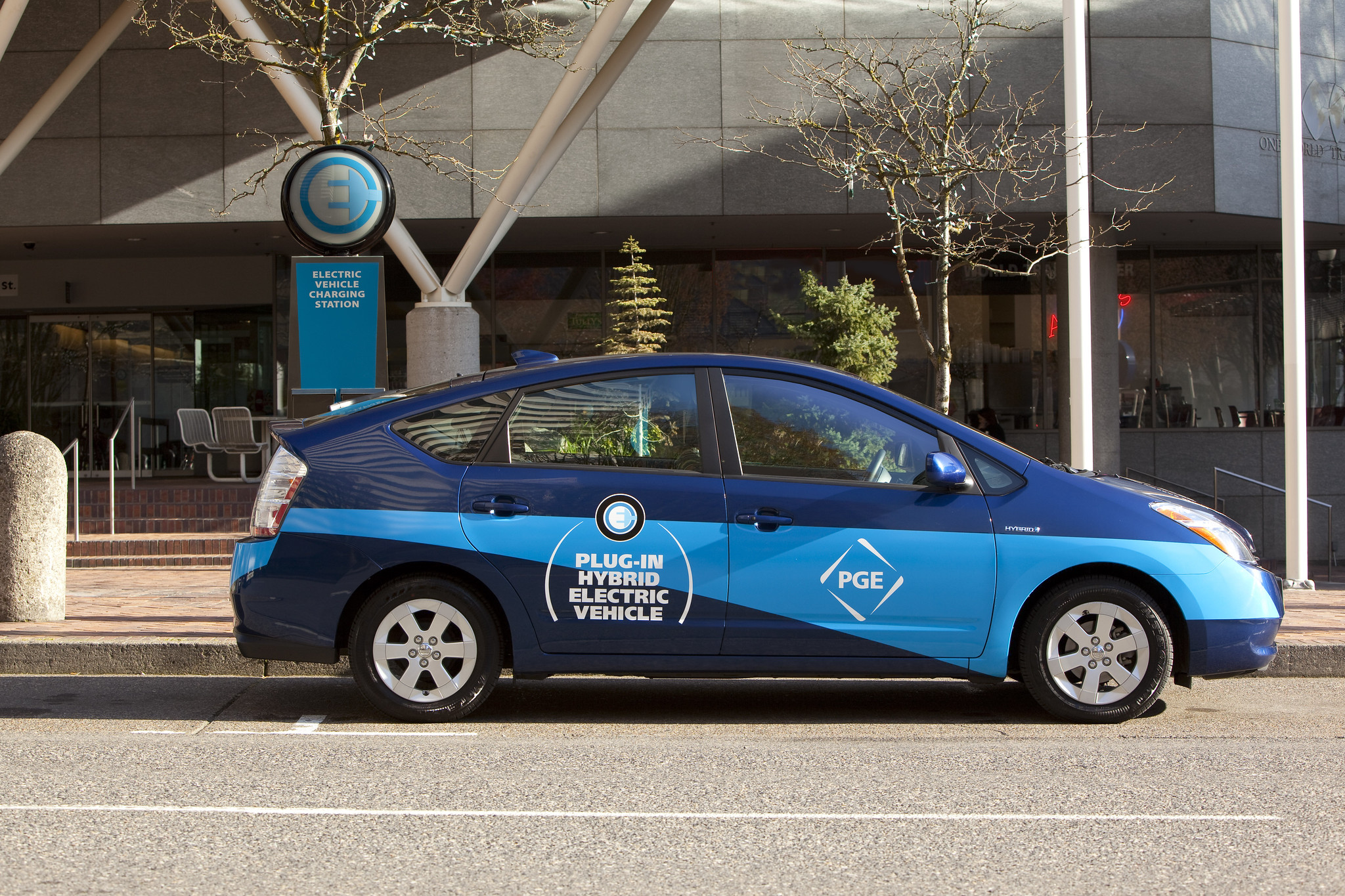 Fehrenbacher: You mentioned a partnership with Lyft. Do you think the ride-hailing companies need to be more aggressive around electrification? If so, how do you push these companies toward that goal?

Pope: We think everyone should be more aggressive around electrification. We believe that we are a leader but also a convener for a clean energy future. This will take everyone to come together and change how we do things and to look at doing things differently.

Fehrenbacher: For ride hailing specifically, has PGE worked with those companies to try to move the needle on electrification?

Pope: We have a similar program with Lyft and a great partnership. If you’re in Portland and in Oregon, you can elect to use an all-electric green vehicle on your Lyft app and that vehicle was undoubtedly charged at one of our charging stations, and we’ve made it really easy for them to deal with billing and payment information and made it a seamless, frictionless process for our customers. Lyft has been a great partner in helping us figure out what works for them and what works for us as we bring this together.

Fehrenbacher: Also onstage you mentioned working with newer players such as Amazon, which is deploying 100,000 EVs eventually. How does PGE or a utility in general work with such a big company on such a new and evolving initiative?

Pope: I think we work with them at two levels. We work with their corporate leadership to really understand directionally where they’re going and to understand the perspectives that each of us bring. Then locally we work with each one of their fulfillment centers and local management to make sure that we have the energy infrastructure that they need when they want it and how they want it in terms of deploying their electric vehicles. 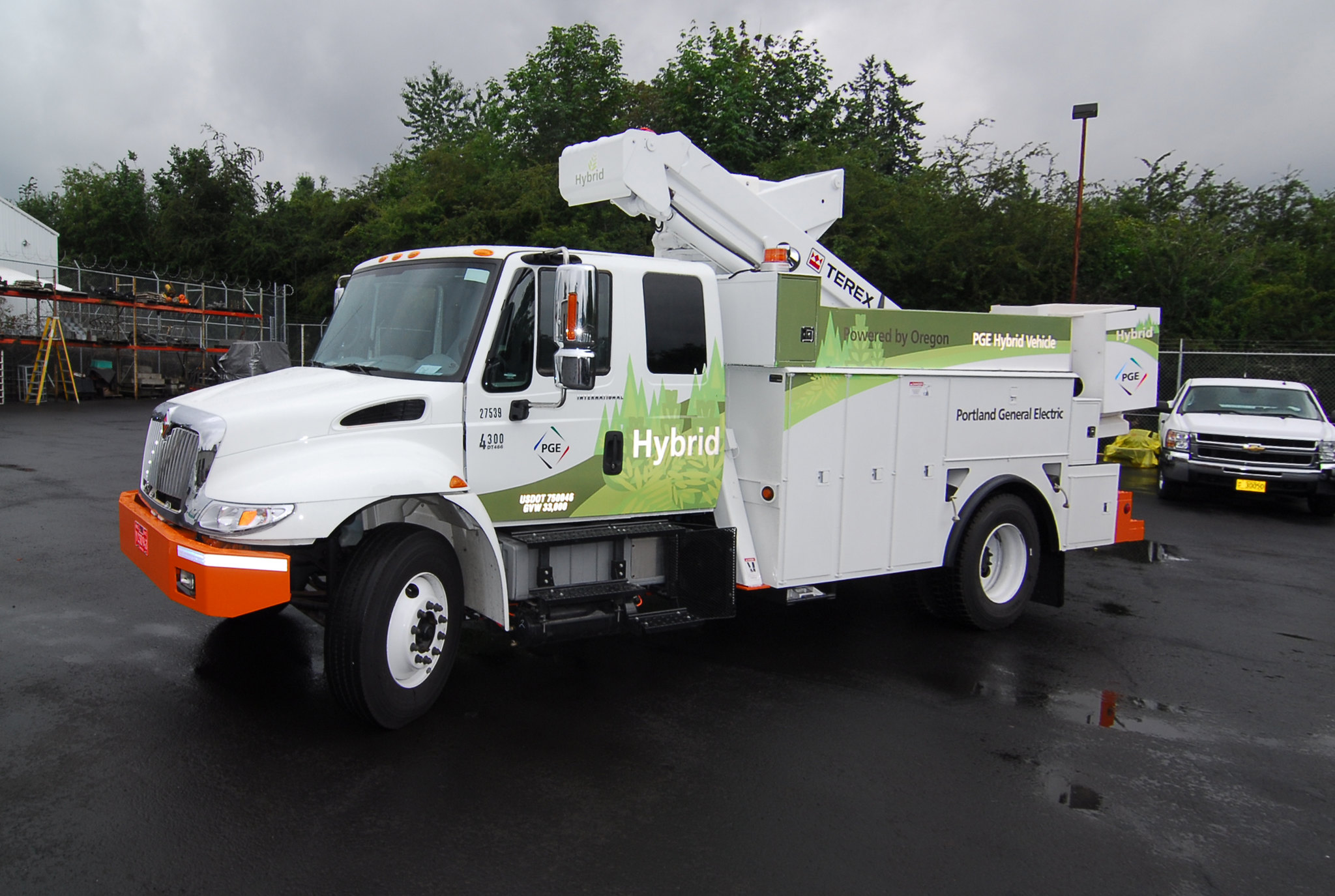 Fehrenbacher: You also talked onstage about PGE’s own electric fleet. Can you discuss those vehicles a bit?

Pope: Many of our single passenger vehicles are electric already, and what we’ve really looked at is how do we get deeper penetration into our work vehicles? So our trucks, all the way through, to make sure that we’re not just talking about electrification but really setting an example. And it’s very helpful for us as we look at our own fleet and we understand charging and how we need to move forward to be able to partner with others so when we’re talking to Daimler that makes electric vehicles in Oregon, we’re able to understand the ecosystem in a 360-degree fashion as a user, but also as a supplier. So it’s really an exciting future as we move forward.

Fehrenbacher: What else should I know about what PGE is doing around e-mobility?

Pope: I think the most important thing to know is that we are leading. That we’re partnering. And that our customers want to be leaders and they want us to be electric suppliers and infrastructure enablers. And it’s really exciting to have the opportunities that we have at the time that we have. There’s no question in my mind that we’re at a pivotal point and that we will begin to see the electrification of the transportation sector scale probably even more rapidly than we can envision.

Fehrenbacher: When you joined the company did you imagine that transportation would come under your purview?

Pope: No, I knew that whatever we would be doing that energy is critical to the customers that we serve, to their lives, to the businesses, to the safety and health of our communities. And I knew that providing a critical product and service within the state of Oregon was really something that was important to be able to do and do well however we’re needed as we lead this transformation.

Fehrenbacher: On the commercial fleet front, do you work with companies trying to electrify their buses or commuter vans, etc?

Pope: We’re working with a number of groups. I mentioned Amazon, but we also have UPS and Sysco, the food delivery service. We have a number of businesses, large and small, in our service territory that wants to rely on us, not just for the electricity and for the infrastructure but also for the know-how, which is one of the reasons it is so important for us to transition our fleets so that we can be partners as we move forward and share experiences.