Smart grids and smart cities had a great year in 2014. Here's how they stacked up against Christine Hertzog's predictions for 2020.

How much can change in a year? When it comes to smart grid and smart city topics, the answer is quite simply: A lot can change.

Here’s a progress report on my 10 predictions from earlier in 2014 about the activity by 2020 of smart grids and smart cities. You can review the complete predictions and judge for yourself the quality of my crystal ball.

1. California hits and exceeds its RPS objective of 33 percent renewable sources of electricity by 2020 — the most ambitious of all states with this calendar deadline.

As of October, the state’s three investor-owned utilities obtained 22.7 percent of their electricity from renewables, and are on track to meet the 25 percent milestone in 2016. The California Public Utilities Commission projects that solar alone will contribute 42 percent of the state’s total renewables generation. The state has about 245,000 rooftop solar PV installed, and by 2017 the aggregated generation from these systems will approach 3,000 megawatts (MW).

The Electric Power Research Institute has a number of initiatives in grid resiliency, and its clients are utilities. Governmental, commercial and residential interests build microgrids capable of delivering a limited degree of building self-sufficiency in energy. NYSERDA announced the first in the nation NY Prize, a $40 million competition to build microgrids and other local energy grids. New Jersey launched the Energy Resilience Bank — the first public infrastructure bank in the country focused on DER for energy resiliency. This bank is capitalized with $200 million for projects that harden critical infrastructure. Utility support for microgrids is growing as utilities such as Con Ed see that the Reforming Energy Vision initiative presents an opportunity to redefine utility business models to accommodate new microgrid product and service offerings.

Smart cities aren’t smart if their critical infrastructure relies on fragile transmission or distribution grids. Definitions abound for smart cities, but the lack of consistent standardized frameworks are serious obstacles to development of smart cities. For some states, notably New York, Connecticut and New Jersey (states hammered by Superstorm Sandy among other weather events), a city is smart if it upgrades critical infrastructure and deploys distributed energy resources and microgrids for select community buildings and systems.

Investor guidance reports released earlier this year pointed out a number of threats to the existing regulated utility business model, and noted the potential for confrontations between tech giants (notably Google and Apple) and utilities in value-added services (specifically energy management services) to consumers. Consumers are becoming increasingly savvy about solar generation, and companies such as Solar City and Sungevity have capitalized on these trends to make it easy for consumers to build relationships with non-traditional energy companies.

5. Standards that define how to integrate or grid-tie microgrids and other standalone generation and energy storage assets for bi-directional electricity flows to utility distribution grids are globally adopted.

The existing IEEE 1547 standard used for DER such as solar PV requires that these assets must be de-energized if they are tied to the grid and it loses power. While necessary as a safety measure, it defeats the purpose of microgrids remaining up to power critical infrastructure or meaningfully contribute power back to the grid. The Smart Grid Interoperability Panel started Priority Action Plan 24 for microgrid operational interfaces. This PAP focuses on information models and interoperability and consistency of signals used by microgrid controllers. Another group called PAP 25 will encourage standards that harmonize financial data, as well as forming a new group focused on transactive energy. These are all critical steps to develop the standards that will govern bi-directional electricity and realize the full promise of the smart grid, as well as power smart cities.

The Reforming Energy Vision initiative includes the objective to "enable and facilitate" new business models for utilities, customers and energy service companies. This is just the first state activity that will generate significant discussion about how to equitably balance distribution grid investments that accommodate and integrate more distributed energy resources. Because it will take time to implement and then measure results from new business models, this debate is sure to continue for the next decade.

The current electric vehicle penetration in 2013 was just a bit over 0.5 percent. The falling costs of gasoline are putting additional pressure on EV manufacturers to reduce prices of zero emission vehicles to increase consumer adoption. However, utilities are taking a more active role, as Edison Electric Institute members will start investing up to $50 million annually in EV service trucks and charging stations for consumers. The Department of Defense is conducting pilots for vehicle to grid or V2G applications. Its first smart charging demonstration is exploring V2G performance, and it also will examine re-purposing used EV batteries for fixed energy storage.

8.  Resiliency measures also become part of the definition of a smart building.

A number of federal, state and non-governmental initiatives address resiliency, and some critical infrastructure definitions include selected buildings. The National Institute of Standards and Technology is developing standards guidance for community disaster resilience, but this is focused on building materials and codes. Microgrids, DER and Zero Net energy codes and technologies can bridge the gap in existing resiliency initiatives for buildings. Microgrids are already in production as resources to maintain power to critical infrastructure during emergencies — one goal of the Borrego Springs microgrid.

9.  Nanotechnologies help propel solar harvesting efficiencies past the 50 percent mark, and by 2020 research scientists are aiming for 75 percent harvest efficiencies.

The number of patents filed for innovations in nanotechnology using graphene have tripled in the past 10 years. The research pipeline contains single molecule thick sheets of graphene and molybdenum that potentially can provide 1,000 times more power per weight unit of material than current commercially available solar cells. The fabrication of flexible solar panels is on the horizon, which can be wrapped around curved or uneven surfaces or reduced in scale, expand the possibilities for where solar can be deployed.

10.  There's sufficient electricity production from renewable energy sources that we no longer talk about "renewables."

American grid-connected wind turbines have a combined capacity of 60,000 MW, and that number is projected to double by 2020. Solar is enjoying explosive growth as well. Energy storage solutions will "firm up" the intermittency of wind and solar and thus eliminate the last objections to reliance on renewables. It will be just a cheap and clean source of electricity without the price volatility of fossil fuels. 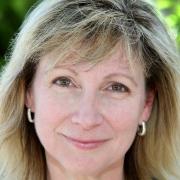