10 things we learned about making your firm more energy efficient

Here's what our EDF fellows learned about saving energy and curbing emissions in 2012.

1. Set a goal: Goal-setting is a priority for fellows at many organizations. An EDF Climate Corps fellow working on Duke Energy's Smart Energy Now program specifically identified energy efficiency opportunities to meet the Envision Charlotte goal of reducing Uptown Charlotte's commercial office building use 20 percent. At Volvo Mack Trucks, an EDF Climate Corps fellow wrote a detailed strategy for how the company could achieve and maintain the ISO 50001 standard. Also, at Booz Allen Hamilton, a fellow recommended that the organization motivate employees by sharing the higher level goals behind internal initiatives.

2. Make your data useful: Having too little or too much data is one thing, but whether you make use of it is another. EDF Climate Corps hosts such as NYCHA, RBS Citizens Financial Group and AT&T are using innovative software, central databases and real time energy dashboards to organize, analyze and evaluate the data they have so that it can be used to inform decision making.

4. Utilize new technology to overcome unique challenges: In an operating room run by Ascension Health, or a hospital run by HCA Healthcare, HVAC and energy requirements are incredibly specific – more so than in your average office building. Also, at the Smithsonian Institution, lighting is more than just functional – it is an art form. Our EDF Climate Corps fellows have run into many barriers unique to certain businesses and environments; however, they have not found them impossible to overcome. The range of sustainable products and solutions is quickly expanding, so keep your eyes open for new technologies that might have added benefits beyond energy efficiency.

5. Power down at night: While it may seem obvious, many EDF Climate Corps fellows have identified energy efficiency savings by determining what can be powered down at night. At Bloomberg BNA, one fellow figured out that only 25 percent of its computers need to stay on overnight, which would save 338,000 kWh of electricity per year. At Texas A&M University, Kingsville, the recommended occupancy sensors and daylight sensors could save $250,000 over project lifetimes.

6. Research funding possibilities: A common barrier to energy efficiency initiatives is the upfront capital cost they require. However, our EDF Climate Corps fellows have unearthed several innovative funding mechanisms for these projects. A fellow working with the City of New Orleans recommended it fund an LED streetlight project through Qualified Energy Conservation Bonds. At the County of Monmouth, New Jersey, a fellow discovered how energy service companies (ESCOs) could allow local governments to get the benefits of installed efficiency measures without significant upfront capital. Staples was interested in expanding its usage of renewable energy, so its fellow researched solar power purchase agreements (SPPAs) and helped determine whether these agreements should be pursued.

7. Know your audience: What engages people in sustainability varies. Get to know your stakeholders, and tailor your communications to resonate with groups. National Geographic has had great success tailoring its story to multiple audiences in order to really "make the sustainability story stick."

8. Engage staff: As a part of their summer fellowships, EDF Climate Corps fellows are increasingly working on employee engagement initiatives. A fellow at CA Technologies realized that no matter how great his new tools and guidelines were, they would be ineffective unless adopted by staff. At News Corporation, an EDF Climate Corps fellow discovered that staff in facilities and operations have essential knowledge about how systems work and what projects are actually feasible. At Verizon, a fellow even quantified the benefits of its employee engagement program.

9. Get fresh ideas from employees: In many organizations, employees have ideas on how to save energy and improve sustainability, but they do not have a way to propose them. For an EDF Climate Corps fellow at Philadelphia Housing Authority, one morning that began as a warehouse tour ended with Lou Fortuna, PHA's Warehouse Supervisor, sharing ideas about how to make the warehouse more energy efficient. Enabling employees to share their insights is crucial. At Volvo, employees of all levels can suggest projects through their "kaizens" initiative. 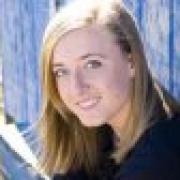 See all by Kelly Jones