From electric buses to micro-mobility to commercial robo-taxis, this year was a big one for transportation.

Transportation, at its essence, is about life. It's how people get to school and work, buy groceries or make it to hospital appointments.

And technology — in the shape of computing, wireless networks, artificial intelligence and low-cost batteries — is changing transportation in core ways leading to entirely new methods to get around.

But as technology begins to transform the way transportation works, it is eliciting some pretty passionate responses: community meetings about e-scooters that draw hundreds of intense commenters; Tesla fans camping overnight to get a reservation for the electric Model 3; pervasive fear of riding in a self-driving car.

This year, we witnessed some really interesting emotional moments, some big milestones and some slower-moving infrastructure trends as the "tectonic plates" of transportation began to shift and move toward electric, autonomous, shared and connected.

Here are 10 important developments in transportation that we paid close attention to in 2018: 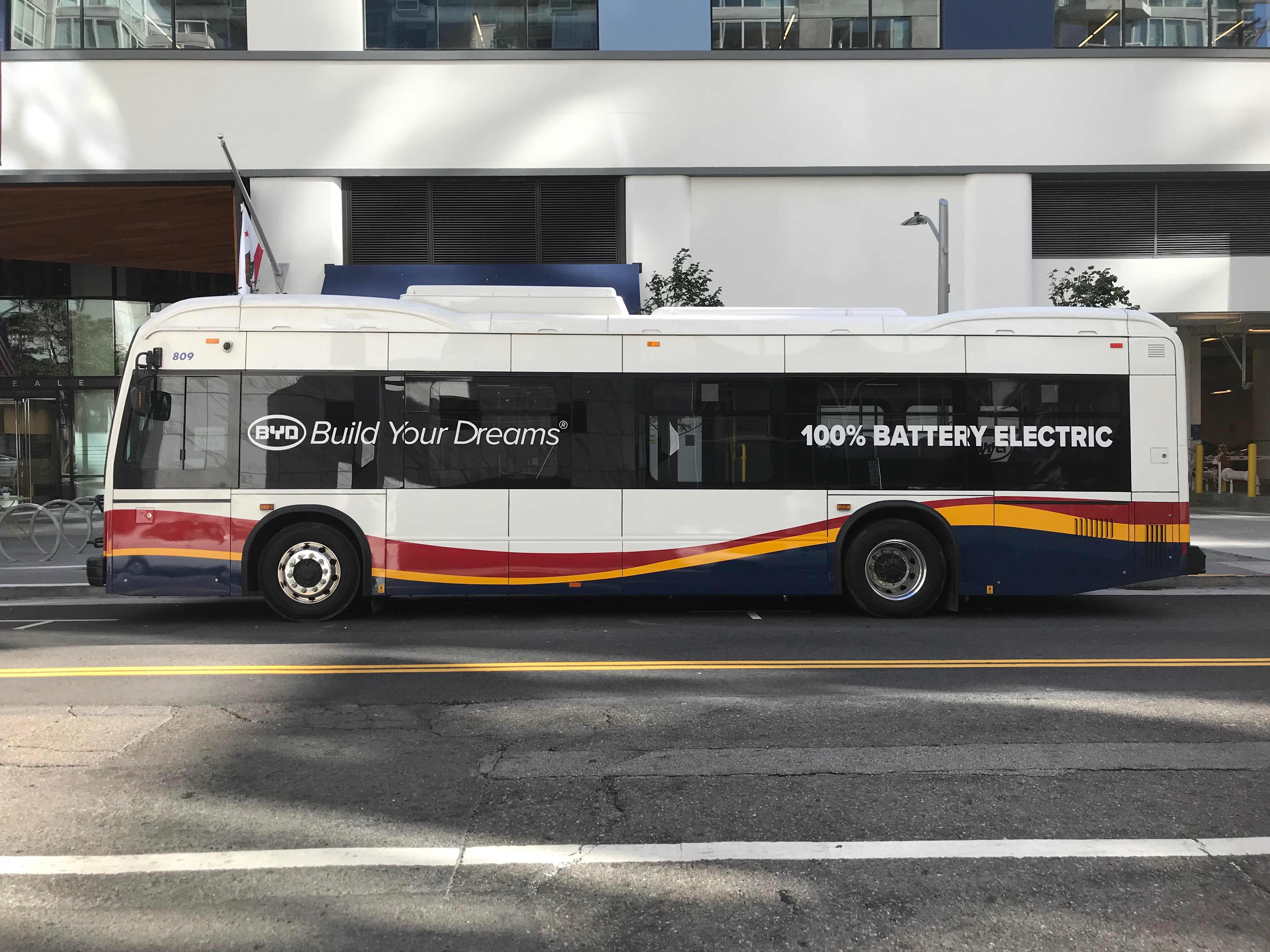 The business case for electric transit and school buses was on the cusp of tipping over in many cities around the world this year. While most electric buses are still more expensive than their diesel equivalents, the costs of the batteries that power the buses continue to drop. At the same time, local and state incentives and mandates have emerged to close the financing gap.

For example, California this month passed a historic mandate that says that after 2029 the state's transit agencies no longer can buy fossil fuel-powered buses. Meanwhile, China's Shenzen city already has an all-electric fleet of 16,000 buses operating around its streets.

The seeds of that transition started in 2018. 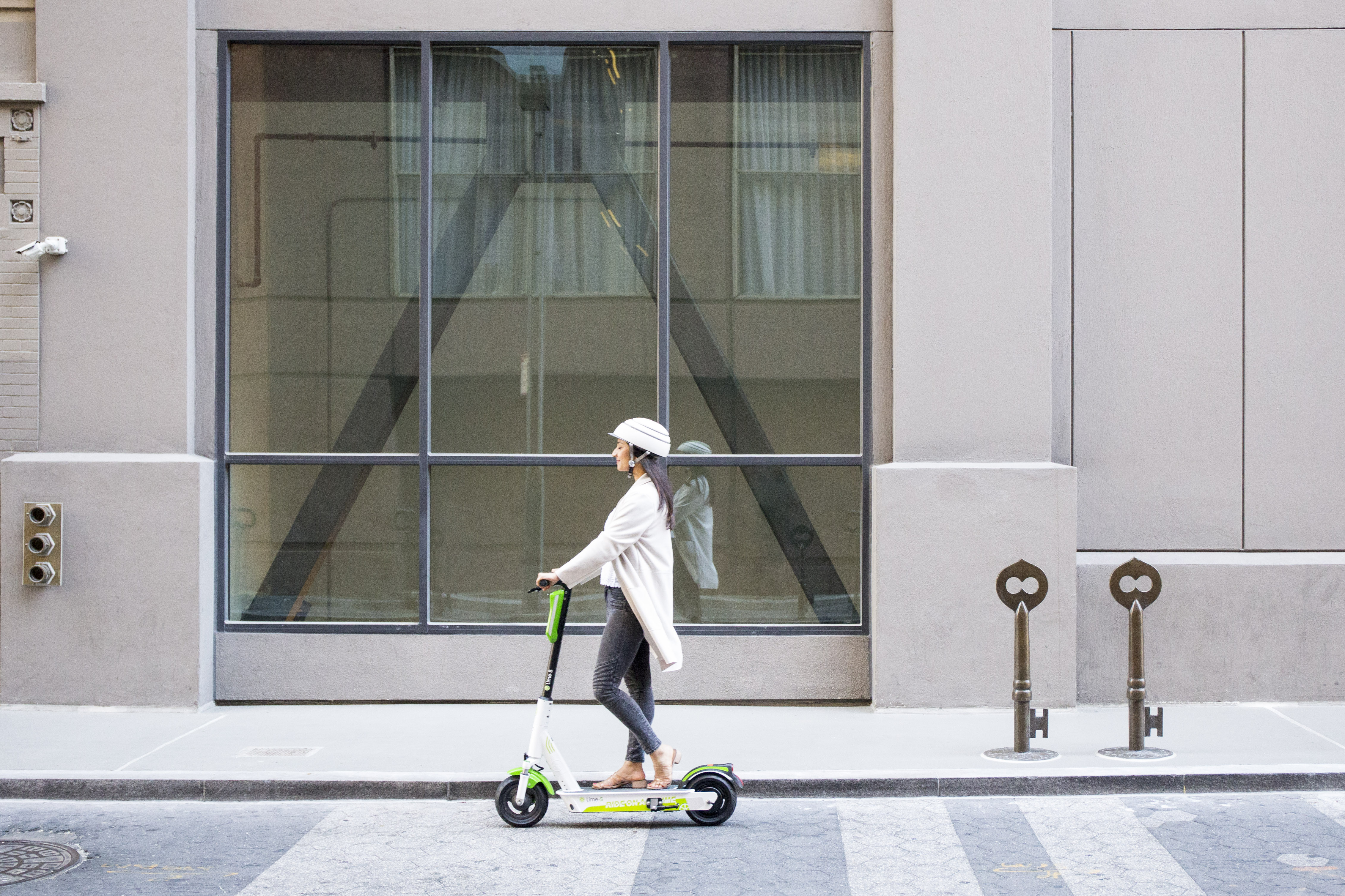 2018 was the year of the e-scooter. Year-old, venture-backed startups emerged out of (seemingly) nowhere and grew at jaw-dropping paces. Ride-hailing companies, automakers and some unusual third parties decided to get in on the game, too.

Early research has emerged that suggests that scooters are reducing single-occupancy car trips in cities such as Portland, Oregon — particularly for visitors (replacing the need for a rental car or a ride-hailing trip). Scooters also are being used to offer an alternative form of transportation in areas that are public transit deserts and in disadvantaged communities.

Scooter valuations reportedly have cooled due to, duh, the onset of winter (when fewer riders want to get on scooters in cold weather). Scooter companies also are working through the kinks of the realities of operating a scooter network where vandalism is high — Scoot, for example, just launched a locking mechanism for its scooters in San Francisco. 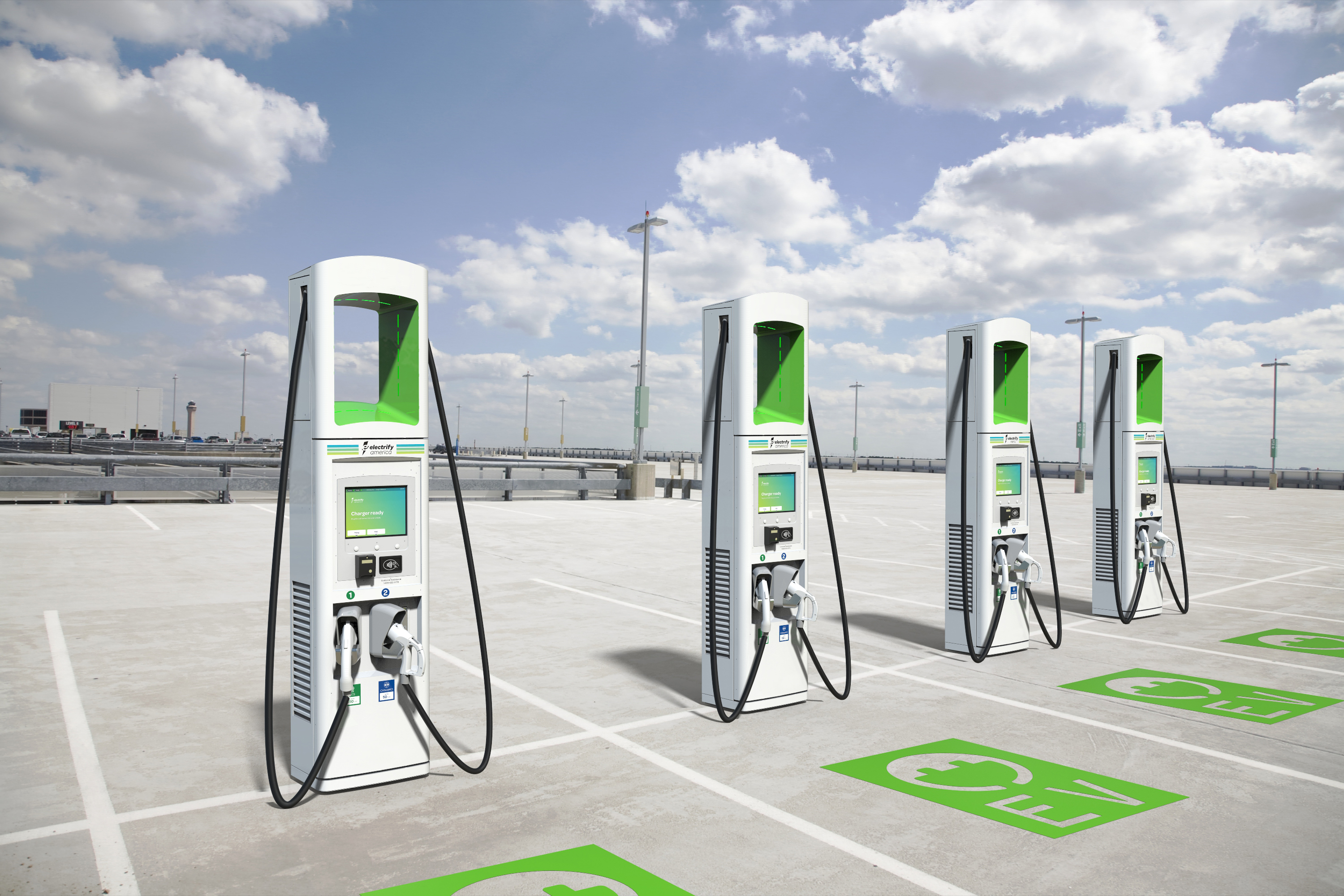 Significant money is starting to flow into the expanding network that will be needed to charge both passenger and fleet electric vehicles. Research from the Edison Electric Institute and the Institute for Electric Innovation published in 2017 predicts that to support the growth projections of EVs over the next seven years in the United States, 4.5 million to 5.5 million chargers would need to be installed by 2025.

That means that companies such as ChargePoint are trying to grow their networks rapidly to meet the demand. The company just raised $240 million more in funding (series H!) from big corporates including Daimler Trucks & Buses, Chevron Technology Ventures, BMW i Ventures, American Electric Power and Siemens.

Meanwhile, startups are trying to figure out ways to innovate around the EV charging experience for customers and electricity providers. Company Volta offers charging for free with branded stations, and EV Safe Charge rents out portable fast DC chargers for events such as music festivals. 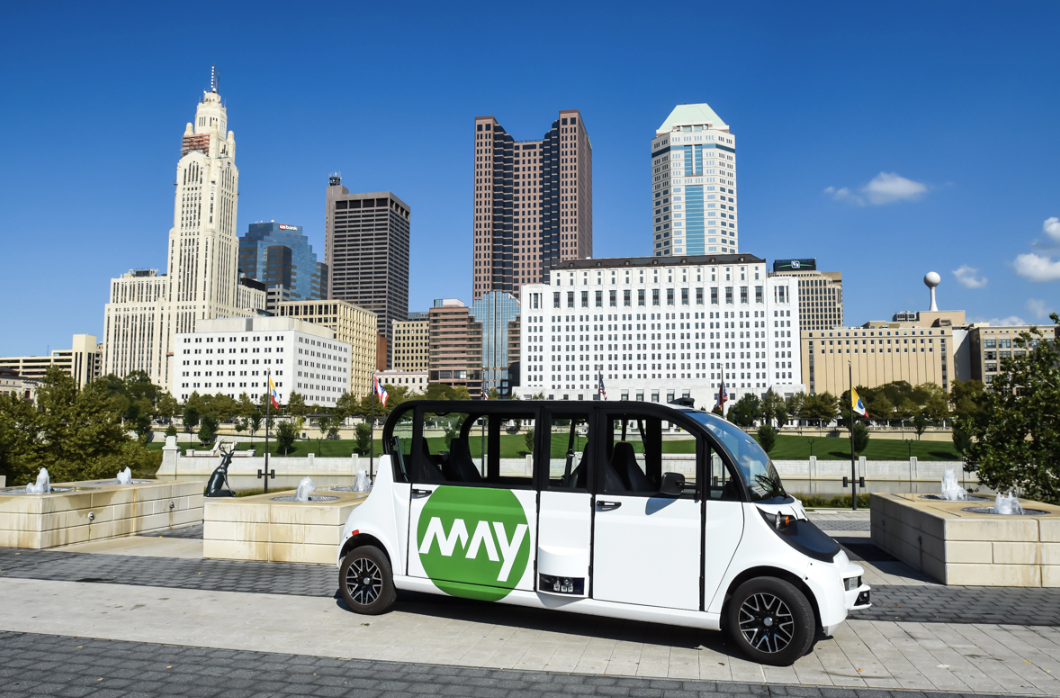 While self-driving cars already roam streets in cities such as San Francisco, Pittsburgh and Phoenix, your first experience in one of these computer-driven machines could be a slow-moving electric shuttle. That's right: In a handful of cities around the world, companies such as May Mobility, EasyMile and Local Motors are deploying people-movers that drive 15-miles-per-hour around a dedicated area such as a college campus.

Think of it as baby steps for autonomous vehicles. A study recently found that most Americans today say they're too nervous to ride in a self-driving car. These shuttles are a safer, less risky first encounter.

These shuttle makers still have some important work to do to get the experience right for passengers and pedestrians. Companies deploying these shuttles today say that the design of the interaction between humans and the machine interface ultimately could be the key to gaining broad acceptance of autonomous vehicles. 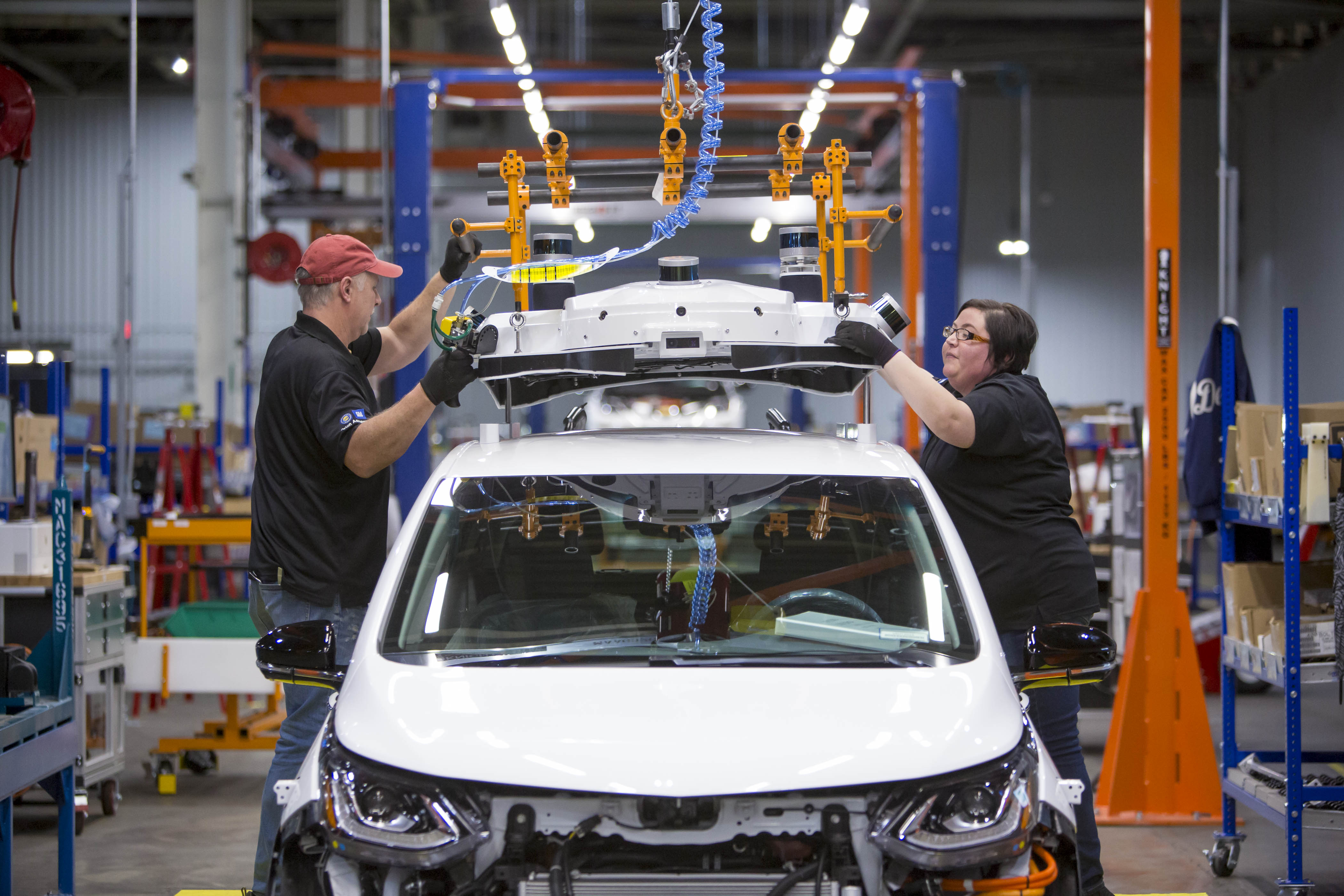 5. The auto industry braces for transformation

With so many technology transformations happening in transportation, incumbent automakers have the most to lose (and gain!) in this transition. Despite a growing swell of commitments towards electrification, mobility and fuel efficiency, many automakers are struggling.

In November, General Motors announced that it's shutting down seven factories, including the one that makes the extended-range hybrid Volt, and it will cut 14,000 employees as part of that journey. Likewise, Ford plans to cut its workforce, although how substantially remains unclear. One analyst thinks an $11 billion, 25,000-employee Ford restructuring could be coming.

At the same time, smaller automakers are trying some interesting, alternative routes. Last year Swedish automaker Volvo (now owned by Chinese automaker Geely) launched a subscription service to offer customers access over ownership, and the service has been surprisingly popular. 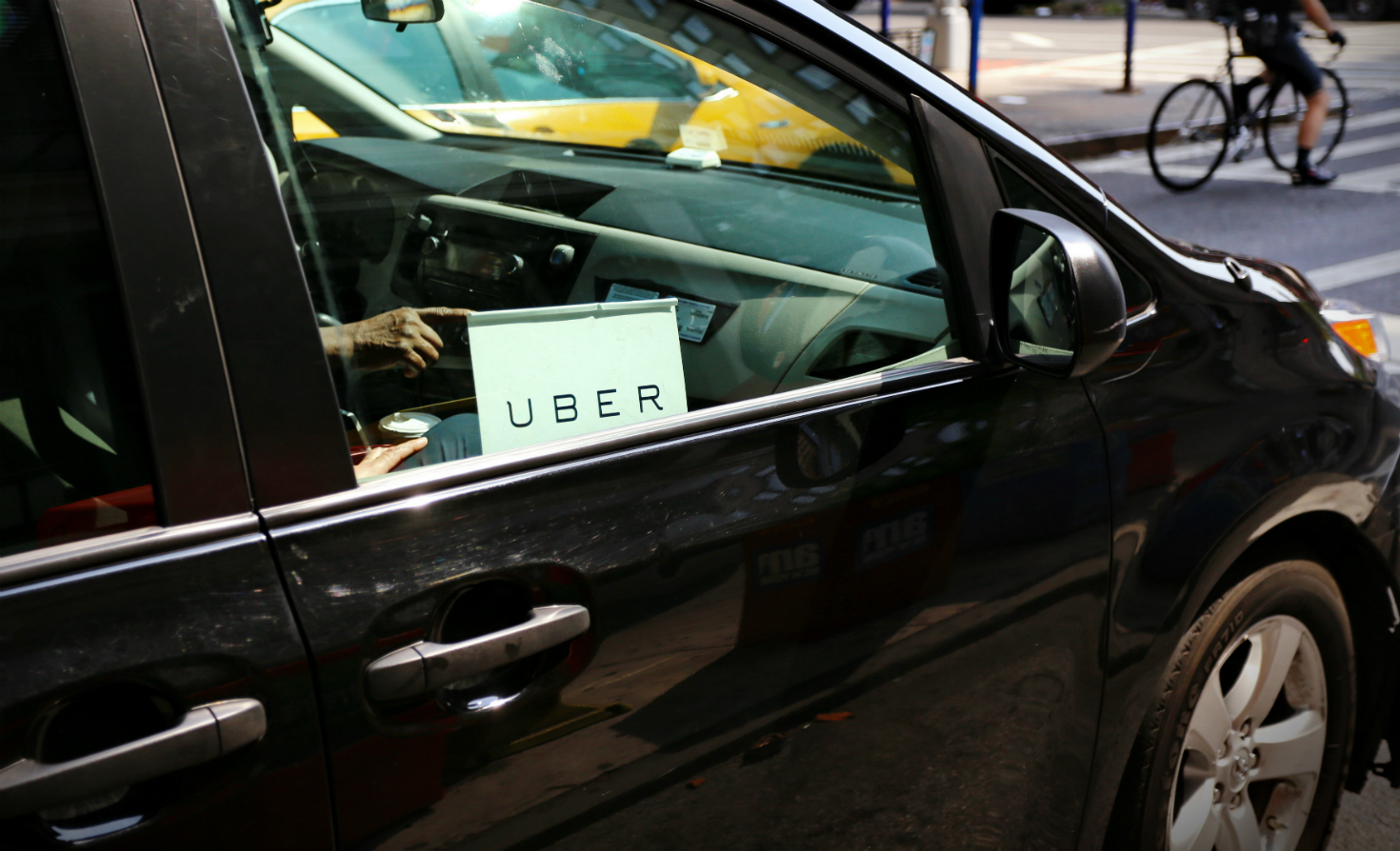 6. Cities got savvier about mobility disrupters

Just as automakers are being forced to adapt to new technology, cities around the world are abruptly coming face-to-face with companies using technology to disrupt how people get around in urban environments. There's now a wide range of options — from a ride-hailing car to a carpool app to a bike or scooter — for commuters and residents in cities such as San Francisco and New York to choose from.

These services and companies are having substantial impacts on the structure of cities. And some of those effects aren't good.

For example, Uber and Lyft are causing major congestion in certain regions. In other urban areas, residents are worried about e-scooters blocking sidewalks and sidewalk scooter riders hitting pedestrians.

Yet cities have learned lessons from the onslaught of Uber and Airbnb. Some, like San Francisco, even have been criticized for being too restrictive toward such new players as the scooter startups.

Many "early adopter" cities are developing tools and regulations for how to manage new players. Oakland, California, is looking to these new services, such as scooters, as a new opportunity to provide infrastructure-free transportation options. Other places such as Austin, Texas, and Santa Monica, California, are exploring their viability as a new form of municipal revenue. 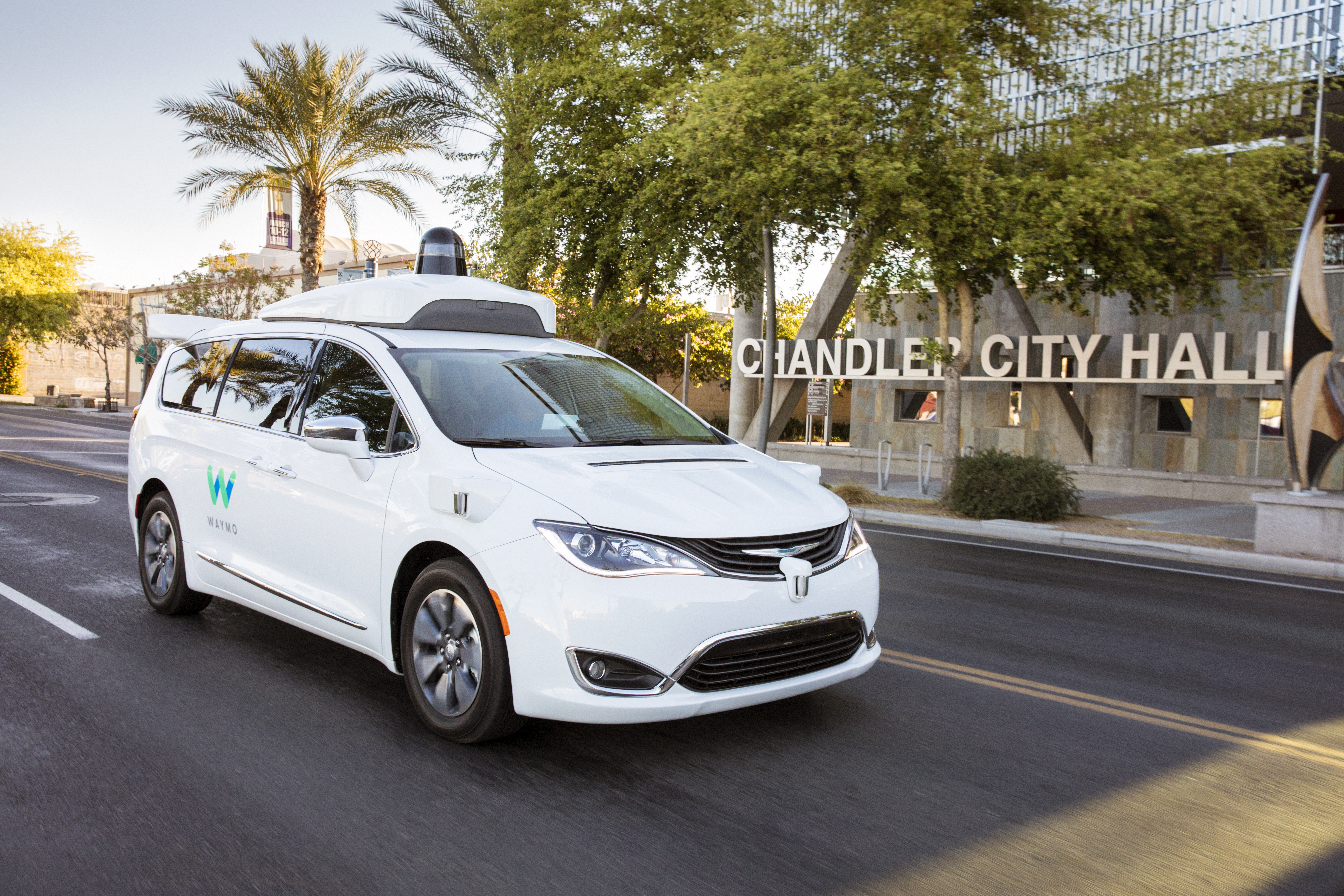 Yep, they're here. Earlier this month, Waymo (the Google offshoot) launched its robo-taxi service commercially to the public in downtown Phoenix and its surrounding suburbs. The company, widely thought of as the leader in autonomous vehicle technology, has been testing its cars on streets for years, and it recently passed a milestone of 10 million miles of testing on public roads.

The Phoenix self-driving minivans at first will pick up hundreds of local area volunteers. They still will have safety drivers ready to grab the wheel at a moment's notice. But the milestone is a big deal. GM, and its Cruise unit, and Ford, and its Argo.AI team, plan to launch similar services in the coming years. 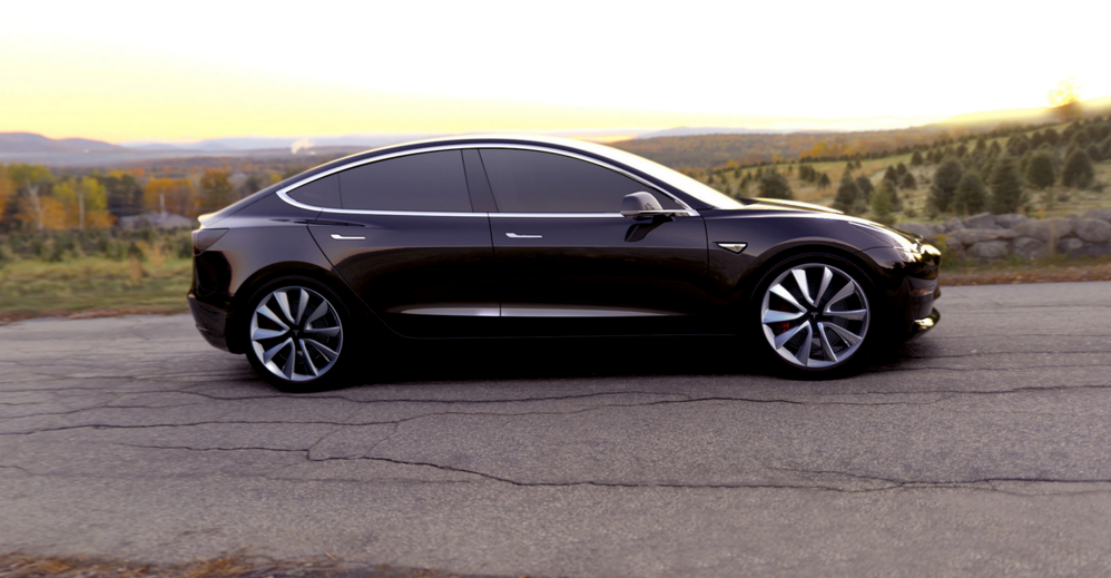 No transportation trend list would be complete without Tesla and its fearless leader, Elon Musk. While 15-year-old Tesla has delivered a lot of "firsts," over the years, its progress with its more mainstream and lower-cost Model 3 in 2018 was particularly impressive.

The company struggled to hit its audacious production goal of manufacturing 5,000 cars per week earlier this year, but it managed to hit a turning point by building out a bizarre production line in a tent outside of its Fremont, California, factory. Now Tesla is on the verge of making and delivering 150,000 Model 3 cars, which would make it the best-selling electric vehicle in America (just surpassing GM's soon-to-be-retired Volt). 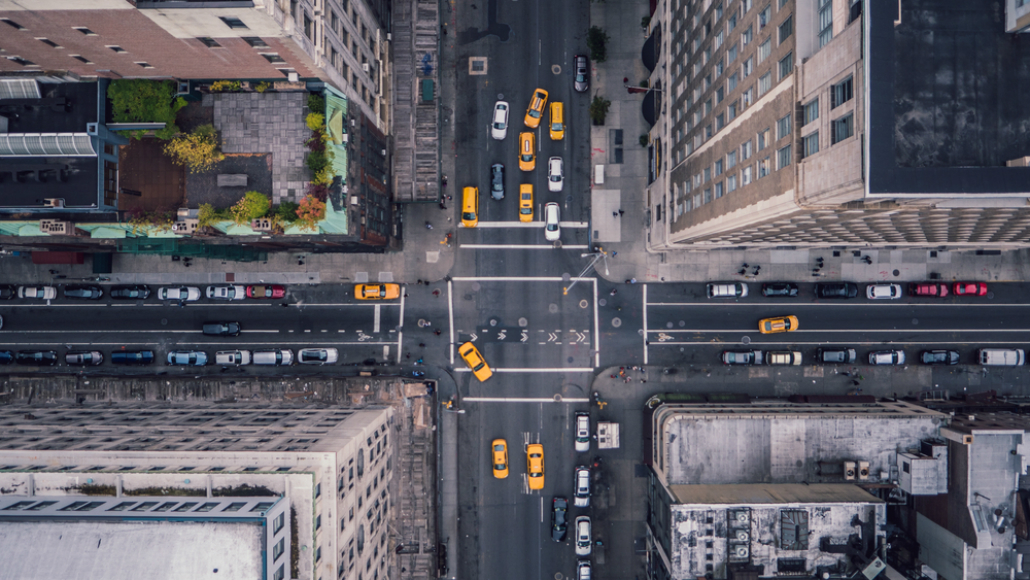 In many places, the electricity grid is slowly but surely adding solar and wind; states such as California and Hawaii have pledged to reach 100 percent clean energy in the coming years. But the path to eliminating carbon emissions from transportation is just not as clear.

Transportation is the leading cause of carbon emissions in states such as California, but far fewer aggressive policies are aimed at reducing them. Passenger and fleet vehicles need to electrify, but it's proven difficult to mandate sales of electric vehicles. For example, a bill to eliminate sales of fossil fuel vehicles in California has yet to gather momentum.

Transportation is also difficult because it's about personal choice. And there aren't the right carrots and sticks yet out there to push personal choice in a sustainable direction. Until cities are using all of the tools at their disposal to eliminate single occupancy car use — whether that's diesel bans, congestion pricing or reducing parking options — the transportation emissions problem will remain a conundrum. 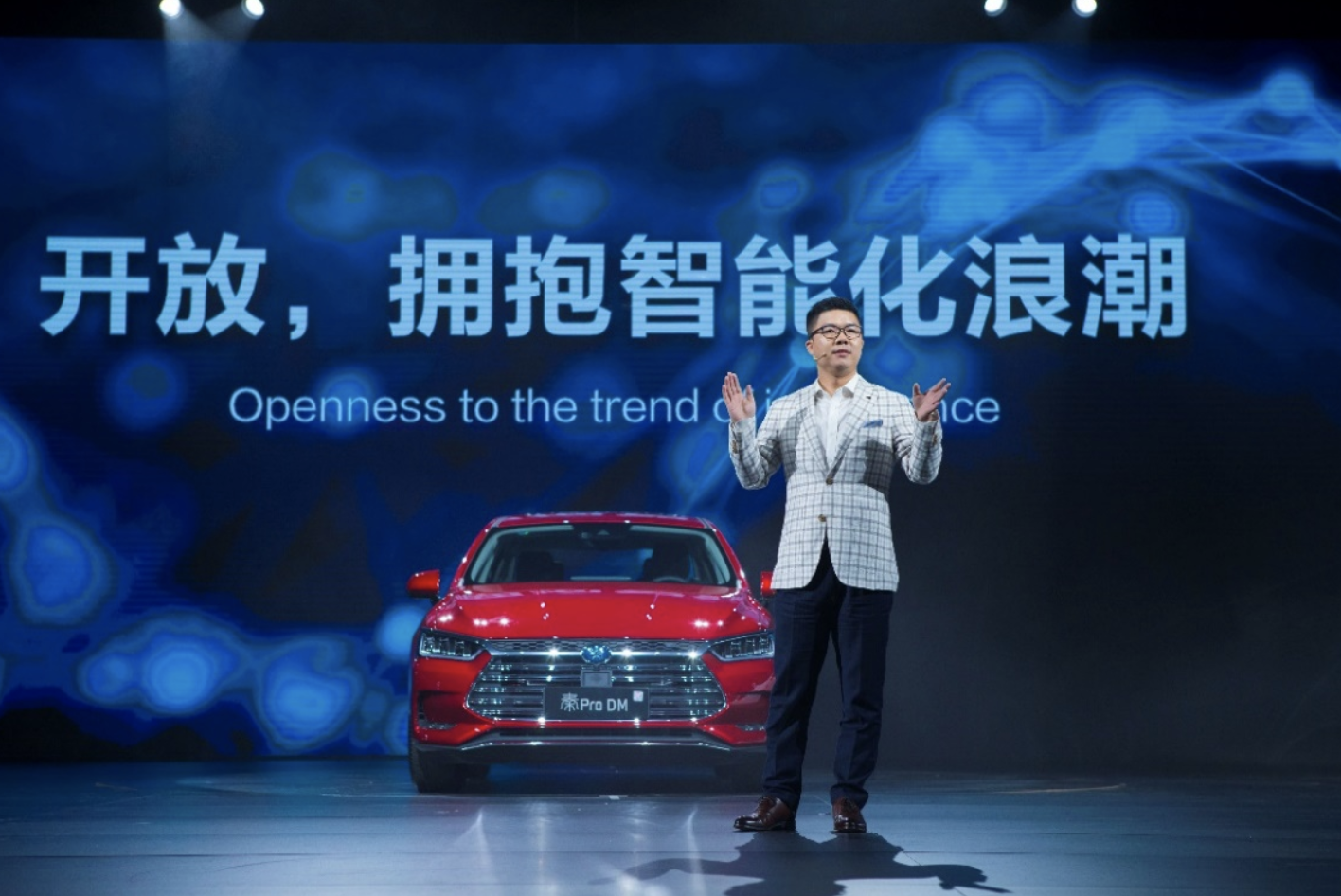 It's clear electric vehicles are starting to gain liftoff, but one country has done more than any other to kick-start this market: China. While California is just starting to convert its 14,000 transit buses to electric technologies, the Chinese city of Shenzen already has 16,000 electric buses driving on its roads.

The Chinese government has aggressive mandates, but it also offers attractive incentives for domestic battery and electric automakers to build factories. That combination, plus China's large population, makes the country the biggest electric vehicle producer in the world, accounting for half of the EVs sold annually. A whopping nine out of 10 of the electric vehicles sold in China come from Chinese-owned manufacturers.