A 10-year checkup on the quest to detox commercial products

In the last 50 years, manmade chemicals have made their way into almost every industrial and manufacturing process — basically every commercial product.

Synthetic chemicals have become the foundation of our society, and the United States alone produces and imports tens of billions of pounds of chemicals every single day. It’s a staggering amount, and it’s expected to double in the next two decades.

The law that regulates this massive amount of chemicals is the Toxic Substances Control Act (TSCA) passed in 1976. Since then, our chemical use has grown along with our understanding of the risks. Yet the law has remained untouched.

Many attempts have been made to update our federal chemical regulations, but to date, no progress has been made. The legislative process is designed to be slow and deliberate, but in this case it’s a stretch to even call it a snail’s pace.

We need faster paths toward change, because over the past few decades we’ve seen a surge in chronic diseases and illnesses, especially in children. Increasing rates of asthma, neurobehavioral disorders such as autism and attention-deficit hyperactivity disorder, along with childhood cancer, can all be linked in part to exposure to toxic chemicals:

Our health is intimately tied to our environment, and there’s overwhelming evidence that many synthetic chemicals we’re exposed to every day are impacting us in negative ways.

This isn’t groundbreaking news. Non-governmental organizations (NGOs) have been fighting for change for decades. And businesses have been shifting towards safer chemicals simply because it’s better for the bottom line by meeting customer demands and reducing liabilities.

What if they worked together?

Ten years ago, Clean Production Action looked across the landscape of business leaders moving to safer chemicals, along with the NGOs orchestrating campaigns promoting the same goal. We saw many synergies, so we brought them together to see if indeed there was common ground.

BizNGO was born out of this 2005 meeting — a first-of-its-kind collaboration of businesses and environmental groups working together for safer chemicals and sustainable materials.

What makes it unique is the unexpected alliance of typically opposing forces. We’re able to hash through the complex obstacles of phasing toxic chemicals out of supply chains, and collaborate on solutions — without waiting for the government to act.

After 10 years, we’re seeing increased engagement and significant impacts from this bilateral collaboration.

"There are not only a growing number of NGOs that have been participating and playing an active role in the network, but we’re also seeing more and more businesses across different sectors, including some of the world’s largest Fortune 500 companies," said Mike Schade of the NGO Safer Chemicals Healthy Families. "We all recognize that we can’t solve these problems on our own."

Together, we’ve created numerous practical tools to be used by companies, including the Alternatives Assessment Protocol, a featured framework in reports by the National Research Council, the Organization for Economic Co-operation and Development, and Interstate Chemicals Clearinghouse.

Our Guide to Safer Chemicals set the foundation for our newest program, the Chemical Footprint Project, which is the first common metric of its kind for publicly benchmarking corporate chemicals management and profiling leadership companies.

The Chemical Footprint Project creates a level transparency that was unimaginable 10 years ago. Even though it is still in its infancy, it’s a game-changing tool publicly supported by companies such as Kaiser Permanente and Staples.

"The industry is used to managing risk at the end of the pipeline," said Bart Sights, senior director of the global development network at Levi Strauss & Co. and keynote speaker at the upcoming BizNGO-Chemical Footprint Conference. "This is a totally different approach that identifies and removes hazards up front in a proactive and precautionary manner."

Together, businesses and NGOs are turning things around. Everyone at the table is trying to transform the chemical economy from one of high hazards to safer and healthier alternatives. We’re co-pioneering new paths, and there’s a type of magic that is transpiring.

Do we still need legislative reform at the federal level? Of course; it’s crucial. But we don’t need to wait for policies to make progress. BizNGO shows there are other paths toward change that shift the marketplace to a less toxic world. 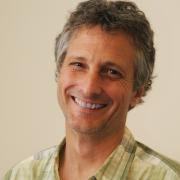 Beautycounter, HP and Walmart are a step ahead in chemical management

So long, toxics: A builder’s guide to safer chemicals

See all by Mark Rossi