This 12-part series highlights women-led ventures in the green economy.

Overlay a map of energy poverty with a map of solar energy potential and there is one stand-out location in the Americas — Haiti. Currently, 85 percent of the island is powered by imported fossil fuels, leaving its population of 11 million with expensive electricity and transportation costs.

In recent months, Haiti has been stuck between a rock and a hard place when it comes to its major energy source, petrol. Thanks to the PetroCaribe Fund, whereby Venezuela subsidized oil exports to Haiti and other Caribbean countries, Haitians from all economic backgrounds were able to benefit from more affordable energy. However, Venezuela has been unable to maintain the subsidy, given its domestic economic concerns.

The Haitian government is thus subsidizing its own fuel at about 2 percent of GDP, and the International Monetary Fund is pressuring the government to stop these subsidies. To comply with IMF demands, the Haitian government attempted to raise the prices on gas by 38 percent, kerosene by 51 percent and diesel by 47 percent. Logically, Haitians protested.

With all of the petrol tribulations, it’s clear that solar energy and electric vehicles need to scale now, and scale fast, in Haiti.

In Haiti, we can demonstrate that it is possible to decouple carbon emissions from prosperity.

Proponents of large, centralized electricity generation, transmission and distribution systems must start to ask if that paradigm of infrastructure is the right one for energy access and resiliency. The electric grid in Haiti provides access to less than one-third of the population, and that access is spotty at best. Businesses, from agriculture to manufacturing, cannot rely on the centralized system.

While attending Presidio Graduate School, Kwak worked on a project with a Nicaraguan evergreen fund bringing solar energy to farmers. "I found it incredibly unfair that those most impacted by climate change had the least to do in creating it," Kwak says. She later went to AutoGrid, excited by saving megawatts of electricity at the click of a mouse with the help of big data and machine learning. 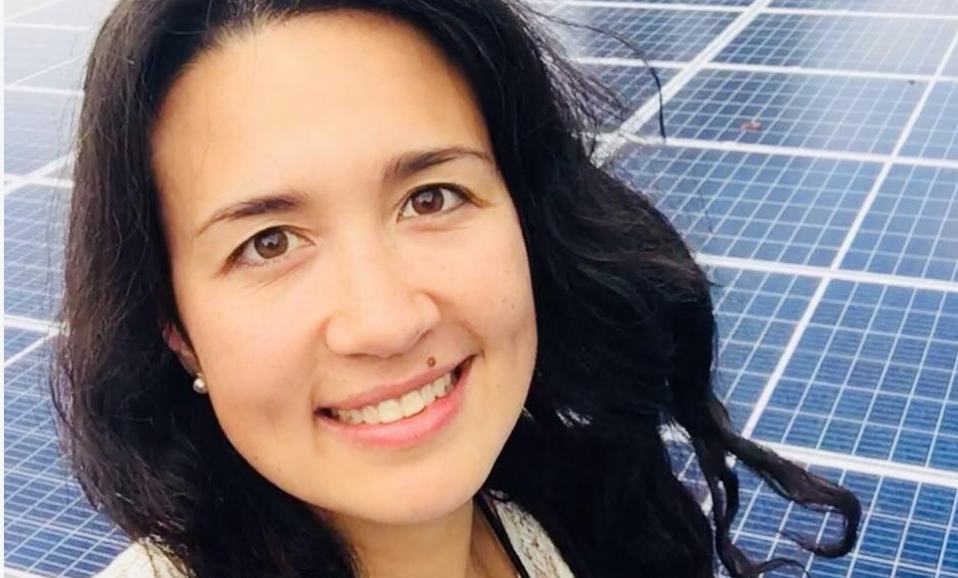 However, from a social equity perspective, Kwak felt unfulfilled. She began to research the data in her spare time and learned that energy poverty is centered around the equator. "When I looked at the places with the highest cost of electricity and the lowest access to electricity, Haiti jumped out — and it was super close to home," she says. So Kwak says in 2015, it was a no-brainer to visit Haiti for the first time as a humble learner. She says she found that after people saw you a third time, they began to take you seriously, and recognize that you weren’t the typical fly-in and fly-out foreigner. Haiti was filled with one-time deals that just weren’t working. A new approach was needed.

After listening tours, market research and on-the-ground observation, Kwak decided to address what is known as productive energy — energy used for commercial and industrial (C&I) purposes. If jobs are the foundation of economic prosperity, then C&I energy is the foundation for those jobs. And while there has been considerable progress globally in the pay-as-you-go residential solar lighting space, the commercial scale solar industry required to fuel resilient economies is still a big missing piece of energy access.

10Power serves as a solar project developer and financer. The name was inspired by the "each one teach 10" idea, whereby one can scale resilience from the bottom-up if one empowers 10 people so much that they, in turn, influence 10 more people. 10Power’s first market is Haiti. Why isn't Haiti beaming with solar panels, given the low cost of solar and availability of sunshine? Financing, Kwak answers. "Even though solar electricity is cheaper than diesel, still even the multimillion dollar businesses in Haiti do not want to commit working capital for the upfront costs." 10Power aims to remove that barrier by providing financing for turnkey solar installations.

Developing countries do not have to follow the antiquated order of mandatory industrialization and exploitation before participation in climate action.

As a startup CEO, Kwak does a little bit of everything. To succeed, she must be flexible and determined. "You have to be unyielding in pursuing your goals and also be ready to roll with the punches." She has built strong relationships with local team members, and hires Haitian installers for all projects. "I’m grateful that 10Power has been able to attract top talent in Haiti," she says. There are four Haiti-based team members with international engineering experience and one team member in the U.S. with credit expertise in emerging markets.

10Power is raising a Series A funding round, one of its biggest challenges to date. It has received investment from a number of angels and early stage investing funds, including the Force for Good Fund, SheEO, Echoing Green and individuals. Kwak points to a number of capital sources that can be more easily accessed than even five years ago, including high-net-worth individuals who would like to have social, environmental and financial returns in their investing, accelerators with grant and other early-stage sources of capital, and impact debt (country-adjusted rates for well understand business models such as selling electrons). What is missing is the catalytic finance — the kind that blends different forms of capital to take on emerging market risk. "There is no blended capital term sheet on Sand Hill," Kwak laments.

With a portfolio pipeline of over 50 megawatts of projects representing over $100 million, the current raise will allow 10Power to invest in $10 million worth of solar and storage C&I projects. 10Power recently completed a flagship installation at UNICEF Haiti: the largest solar array on any UNICEF base in the world. The system consists of PV panels and Lithium Ferro Phosphate energy storage and serves UNICEF Haiti’s operations base, including the data center.

"In Haiti, we can demonstrate that it is possible to decouple carbon emissions from prosperity. Developing countries do not have to follow the antiquated order of mandatory industrialization and exploitation before participation in climate action. It is more advantageous to everyone to transition straight into regenerative economics," Kwak says.

I second that thought. As this wraps up the last feature in this 1 Hotels Environmental Entrepreneurs sponsored series, I invite readers to consider supporting women-led startups, which receive less than 5 percent of venture capital. Here are three ways: contributing to the Force for Good loan-loss reserve; becoming a SheEO activator; and investing in any of the startups in the series if you are an accredited investor.

The compelling case for being ‘climate positive by design’

This African startup is reducing the footprint of running shoes

The ESG benefits of cooperatives

See all by Marilyn Waite