Verbose. Indecipherable. Incroyable. Those are just a few ways to describe the dizzyingly complex COP21 climate negotiations in Paris this year.

Keeping the words to a minimum, the global maps below display some of what's at stake amid a changing climate, and where climate movement is afoot. Follow the links to the interactive original versions. 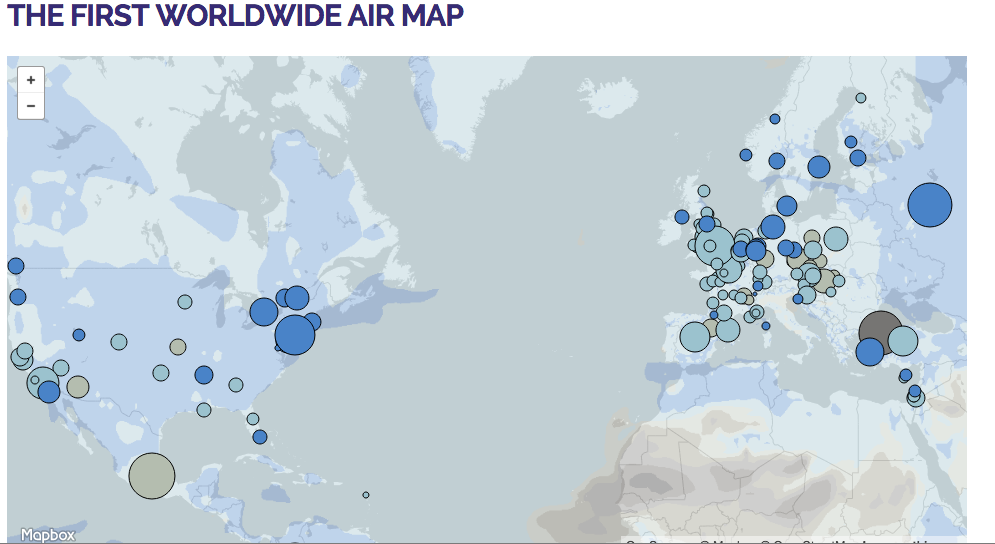 Brought to you by: Plume Labs

The view: Plume Labs offers a mobile app that provides air quality reports nearly wherever you are. This online map, launched last week, estimates air pollution levels hour by hour, "everywhere in the world," including locations that don't have typical monitoring stations. 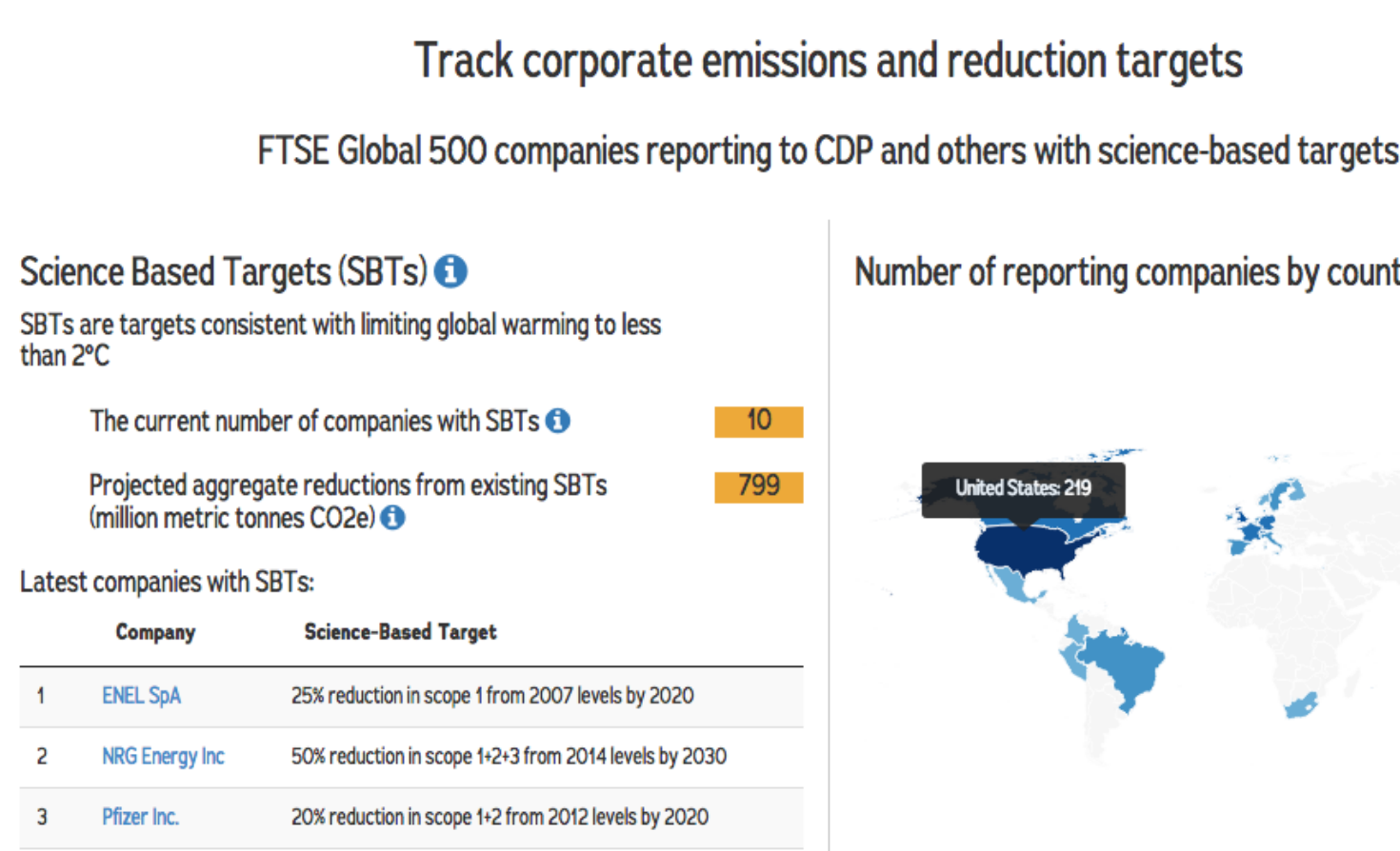 Brought to you by: World Resources Institute and CDP

The view: This tracks emissions targets by businesses from 3M to Zurich Insurance Group. It was updated along with news Tuesday of new additions to the Science-Based Targets Initiative, which counts 114 corporations seeking emissions levels to meet the 2-degrees Celsius goal. The map is really just an entry point to a powerful database you can search by country, sector and target type.

Brought to you by: World Environment Program and Met Office Hadley Centre

The view: "By altering the levels of future global greenhouse gas emissions and/or the levels of adaptation, you can see how vulnerability to food insecurity changes over time, and compare and contrast these different future scenarios with each other and the present day." 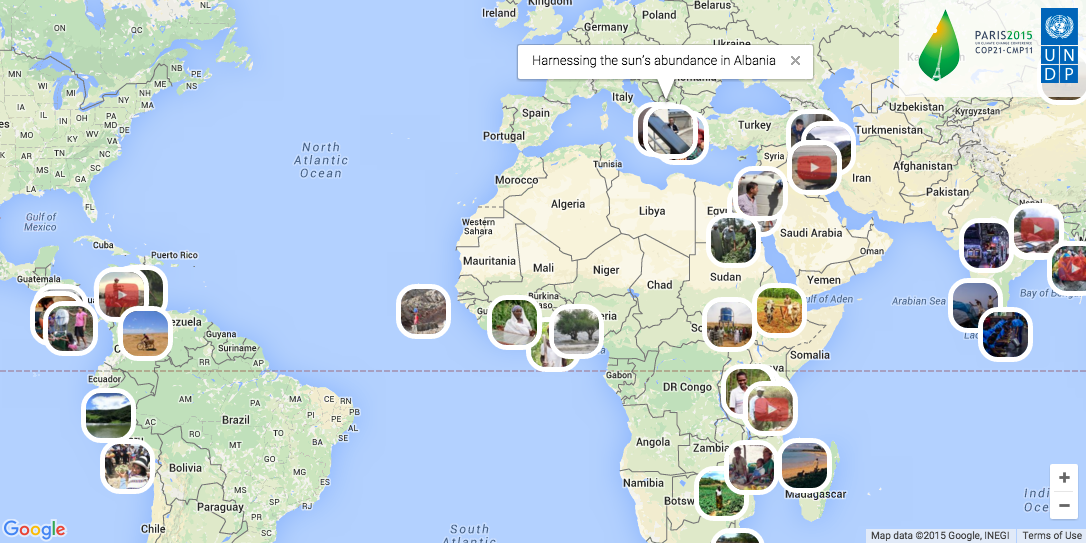 Brought to you by: United Nations Development Program

The view: Each dot links to a page with details about the challenges faced by locals there due to climate change, as coastlines recede, water supplies dry up and more. Some are narratives with pictures while others are videos, in a mix of French and English. 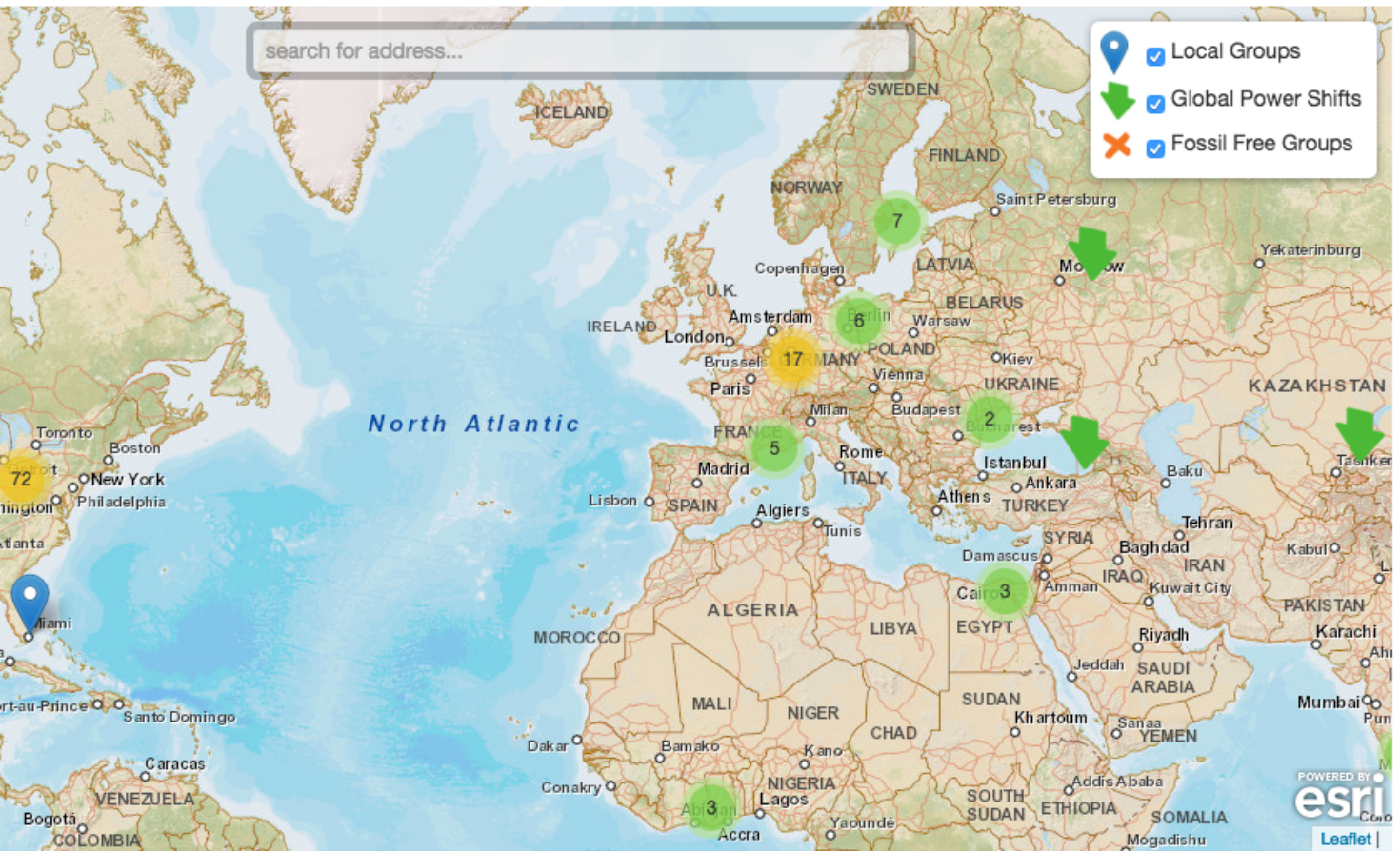 The view: With author Bill McKibben, since 2008 activists with 350.org have sought to build a global climate movement. It already has succeeded in large part, as this map depicts local chapters on each continent. Its biggest success lately is in getting campuses and other large institutions to divest from fossil-fuels. Last week, its Divest for Paris campaign brought the total to 500 insitutions with $3.4 trillion in assets withdrawing some or all of of their funds from the "toxic industry."

The view: Although the biggest bargaining at COP21 is among heads of nations, leaders of corporations and cities are among the power players. Some 392 cities — representing 5 percent of the world's population — have committed to pool their emissions reporting and mitigation efforts through the Compact of Mayors. The map shows where they are. 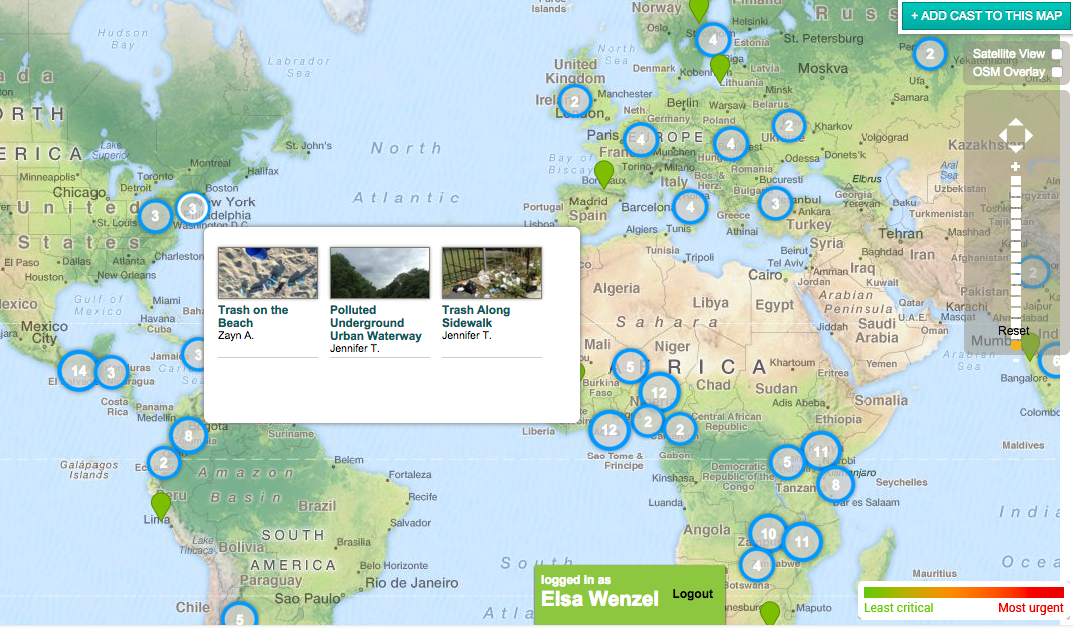 Brought to you by: UNICEF, local governments 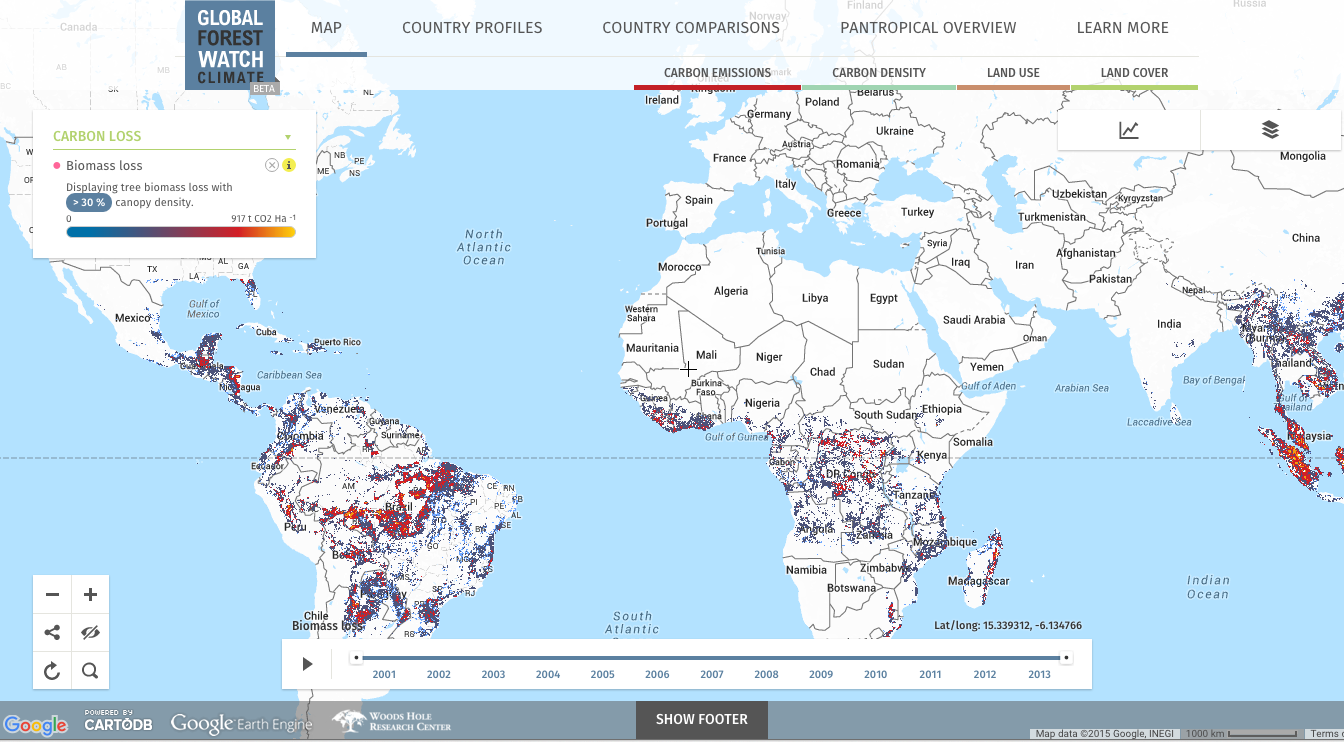 Brought to you by: World Resources Institute and partners

The view: A slider bar lets you travel through time to view a shocking rate of biomass loss in less than two decades. Map views include "dark matter" and "tree height." This sophisticated map aims to "allow researchers, donors, governments, journalists and civil society to evaluate pay-for-performance forest conservation initiatives, get background on REDD+ projects, identify and prioritize areas for investment, and track other donor investments in the region." 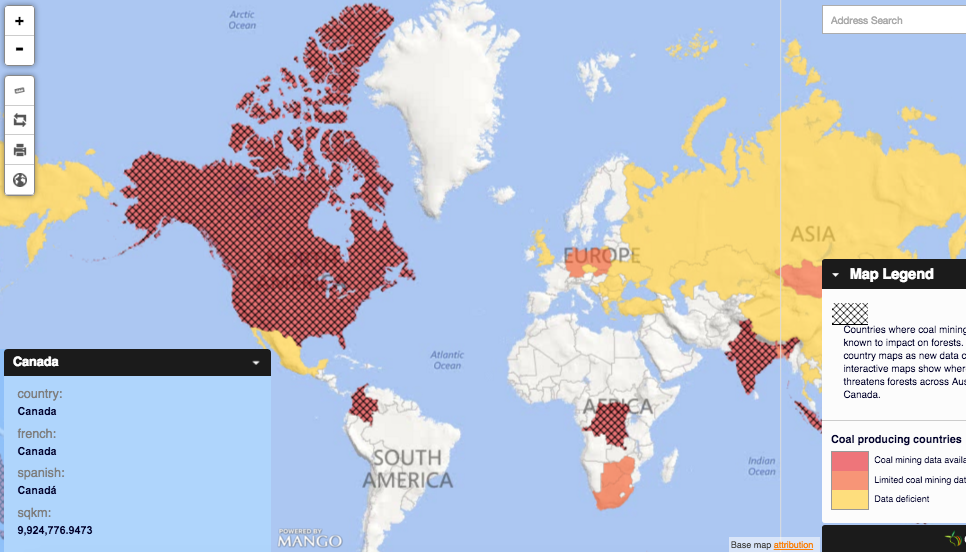 Brought to you by: Fern

The view: Deforestation is a big issue at COP21. Dutch nonprofit Fern built this map within a new report to show where coal mines endanger more than 46,000 square miles of forests — with "urgent" threats in Indonesia, Australia, Canada, India, Colombia and the United States. "Negotiators  in Paris need to recognize that clamping down on coal mining would not only reduce carbon emissions, it would help to save forests and all of their benefits," said Fern.

Brought to you by: 13 organizations including the World Resources Institute, Resource Renewal Institute and indigenous groups

The view: WRI and others have found that lands where indigenous people maintain some rights to local forests emit far less CO2 than elsewhere. This map is meant to help you "find community level data, understand what percentage of lands are collectively held in each country, and evaluate the strength of land rights laws in more than 30 countries." 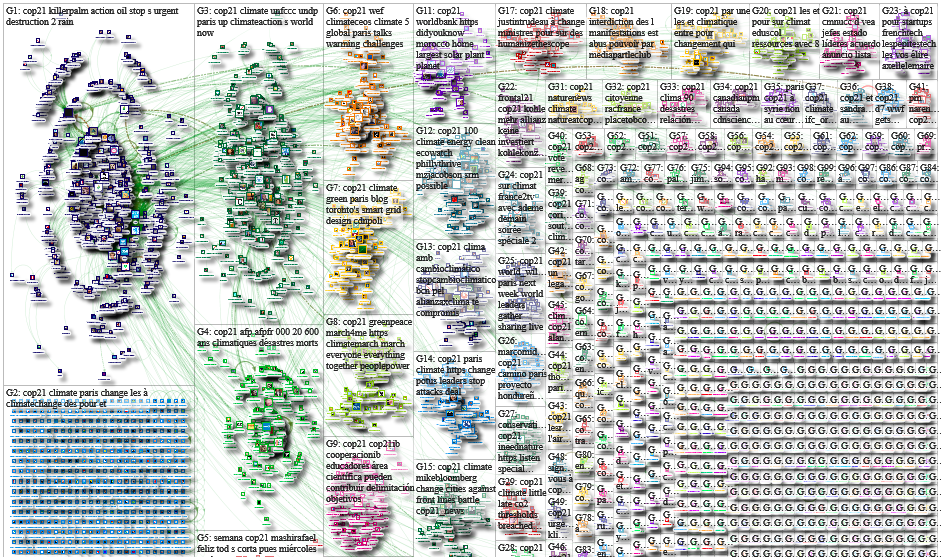 Brought to you by: NodeXL Graph Gallery, The Social Media Research Foundation

The view: What, you say the maps above were not as complex as COP21 itself? Look at this image, then swirl your drink to rule out a pill dissolving at the bottom. It's not a geographic map, but a map of social network activity. To be exact, you're seeing 7,307 Twitter users whose tweets contained "COP21, or who were replied to or mentioned in those tweets." Data is from Nov. 24.

Amazon aims to help SMBs keep returns out of landfills

Amazon and Apple: A tale of two closed-loop visions

Can Bumble Bee and Nestlé hook the world on fishless fish?