12 strategies for moving from water scarcity to abundance

This is an excerpt from Let There Be Water: Israel’s Solution for a Water-Starved World.

In about 10 years, beginning shortly after the new century, Israel went from scarcity of water and fear of drought to abundance and independence from climate conditions. This dramatic change was made possible by the 70 years that preceded it in which a cadre of often brilliant engineers, scientists and policy-makers developed Israel’s water-related expertise, technology and infrastructure. A pragmatic water philosophy also evolved from these leaders and visionaries to guide the way for those who would follow. 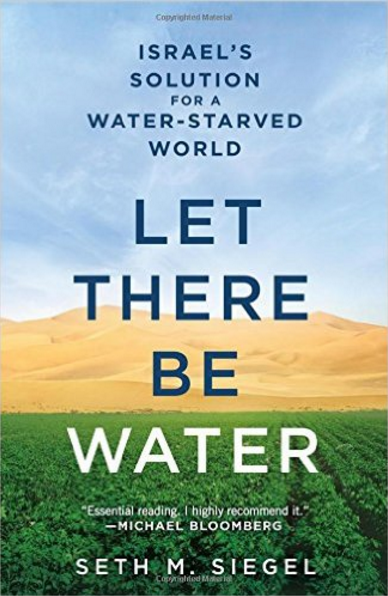 Not everything that Israel has done with water should be copied everywhere. Some countries have great amounts of natural water or rain and don’t need to desalinate water or build reservoirs to capture water from a fleeting rainy season. Some countries are too poor to afford all of the elements that a modern, water-focused country of accelerating affluence like Israel has put in place. But if some of the techniques, infrastructure or technology Israel now employs aren’t a fit for everyone, Israel’s philosophy in water governance may be.

The following 12 elements are key to understanding Israel’s philosophy (and success) in water.

"The water belongs to the nation"

Even in their dynamic, free-market country, Israelis believe public ownership and government management of water achieve the best outcomes for all. Beginning in the 1930s and codified by the forward-looking 1959 Israel Water Law, all of the water found in Israel is common property. This has permitted Israel to plan for the greatest water needs of the society as a whole while taking into account all of the available resources.

In most of the world, water gets little media attention or public comment. Generally, unless there is a gushing, broken water pipe that leads the evening news or a crisis such as a prolonged drought, which are often presented as if water shortages came without warning, media outlets show little interest.

Across Israel, there are signs posted that remind consumers to conserve water. The role of every citizen in saving water begins to be taught in the earliest grades, and the principle becomes ingrained. The public may not enjoy water restrictions or flow reducers on showers, but they understand why they are needed.

All of the above

Consider what Israel does in pursuit of clean, safe, available-anytime water:

What makes this list so extraordinary isn’t just its depth and comprehensiveness. Rather it is that it represents the Israeli conviction that there is no single answer to Israel’s water worries. Obviously, some techniques produce, or save, more water than others. But even with the easy surplus that desalination has brought, Israel’s water professionals have effectively pursued an “All of the Above” approach that consciously integrates all possible sources of water and all possible technologies for conservation.

Consumers have been trained to think that the lower the price, the more satisfied they should be. Usually, that’s true, because the price paid for goods or services reflects its real cost with profit added. Buyer and seller both benefit. Water is the international exception to this bedrock principle of economics. Around the world, subsidies are the norm as nearly no one pays the real cost for what they use, especially not for the water needed to grow the food they eat. In Israel, those who use the water cover the full cost, with not a penny of government subsidy.

Use water to unify the country

There aren’t many benefits to Israel’s small size, but in water management, it has been a blessing. Water has been moved to where it is needed by Mekorot, the country’s national water utility, since before the state was created. “Competition can lower costs,” says Ronen Wolfman, now one of the heads of the China-Israel water company Hutchison Water and a supporter of business competition generally, “but multiple utilities would have led to duplication and either reduced service or higher costs. Instead, Mekorot can operate in the public’s interest everywhere.”

By popular agreement, Israel’s water sector is centrally controlled, with pricing, allocation and planning in the hands of a technocratic government authority.

Decisions about water would seem to be ripe for politics. Politicians routinely decide who gets what in society. In theory, at least, if politicians misallocate a resource, they will be voted out of office and the newly elected officials will fix the problem. But Israel regards water as too important to be left to the whims of politicians.

By popular agreement, Israel’s water sector is centrally controlled, with pricing, allocation and planning in the hands of a technocratic government authority. Even so, government policy is to encourage privately driven innovation and public-private partnerships.

Use local water fees for water

The creation of municipal water utility corporations throughout Israel took away local control of water management from city hall and gave it to a local technocratic board focused solely on water and sewage management. Under the new governance structure, 100 percent of water and sewage fees are used for their intended purpose, assuring a local and national water system of excellence.

Plan today for long Into the future

In only the past few decades, all around the world, aquifers that may have taken thousands or millions of years to fill have been depleted by overpumping or tainted with chemicals. The farmers and cities dependent upon these underground reservoirs will soon need to either substantially slow their withdrawals — even with the economic cost that will cause — or find other sources of water.

With a global water crisis looming, the Israeli inclination toward taking bold steps may be the most important contribution of its water philosophy to an increasingly water-starved world.

In the mid-1950s, Israel passed a law that no water could flow from a well or into a home, business or farm without first going through a water meter. Long before Big Data became commonplace — and decades before major cities like London abandoned a flat monthly fee in favor of water meters — Israel began compiling detailed information on water-usage patterns and analyzing those patterns to detect trends. With this high-level, data-based approach, Israeli water planners have long had the facts necessary to decide whether and when to explore for water, develop resources and construct facilities — all before the public even knew that such actions were needed.

The time to act Is now

With a global water crisis looming, the Israeli inclination toward taking bold steps may be the most important contribution of its water philosophy to an increasingly water-starved world. Knowing that hazards often lurk over the horizon, getting ahead of a crisis is a core part of Israeli governance. This mind-set also permeates the world of water in Israel. As a result, since at least the 1930s, the country has been getting ahead of water issues before they could become crises. It would behoove the rest of the world to follow suit.

Why cleantech is not the new 'new thing' in Israel

What innovation looks like when water is a strategic resource