Analysts keep nudging that date forward, but now suggest it could happen as early as 2022 for certain models and markets.

You only have to look at the annual tech ritual that is the Consumer Electronics Show (CES) — which kicked off in Vegas this weekend amid a blur of oversized TVs, 5G phones and foldable tablets — to see how important electric vehicles will be in 2020.

Many of the big and small automakers that sell passenger vehicles will be showing off their newest electric models, such as Ford's Mustang Mach-E, Nissan's electric crossover concept Ariya, Fiat Chrysler's plug-in hybrid Jeep Wrangler and Mercedes-Benz's EQC 400 4Matic and Vision EQS vehicles. Sunday at CES, Chinese EV maker Byton showed off its M-Byte (most famous for its 48-inch wrap-around dashboard screen), due out later this year (see picture below). Other automakers that are hosting press conferences or booths this week include Audi, Toyota, Hyundai, Honda and Daimler.

While CES has long been shifting to a "car show disguised as a tech conference," this year it would seem especially quaint if an automaker premiered a gas or diesel-powered model. The future is electric, and CES is an event all about looking forward. 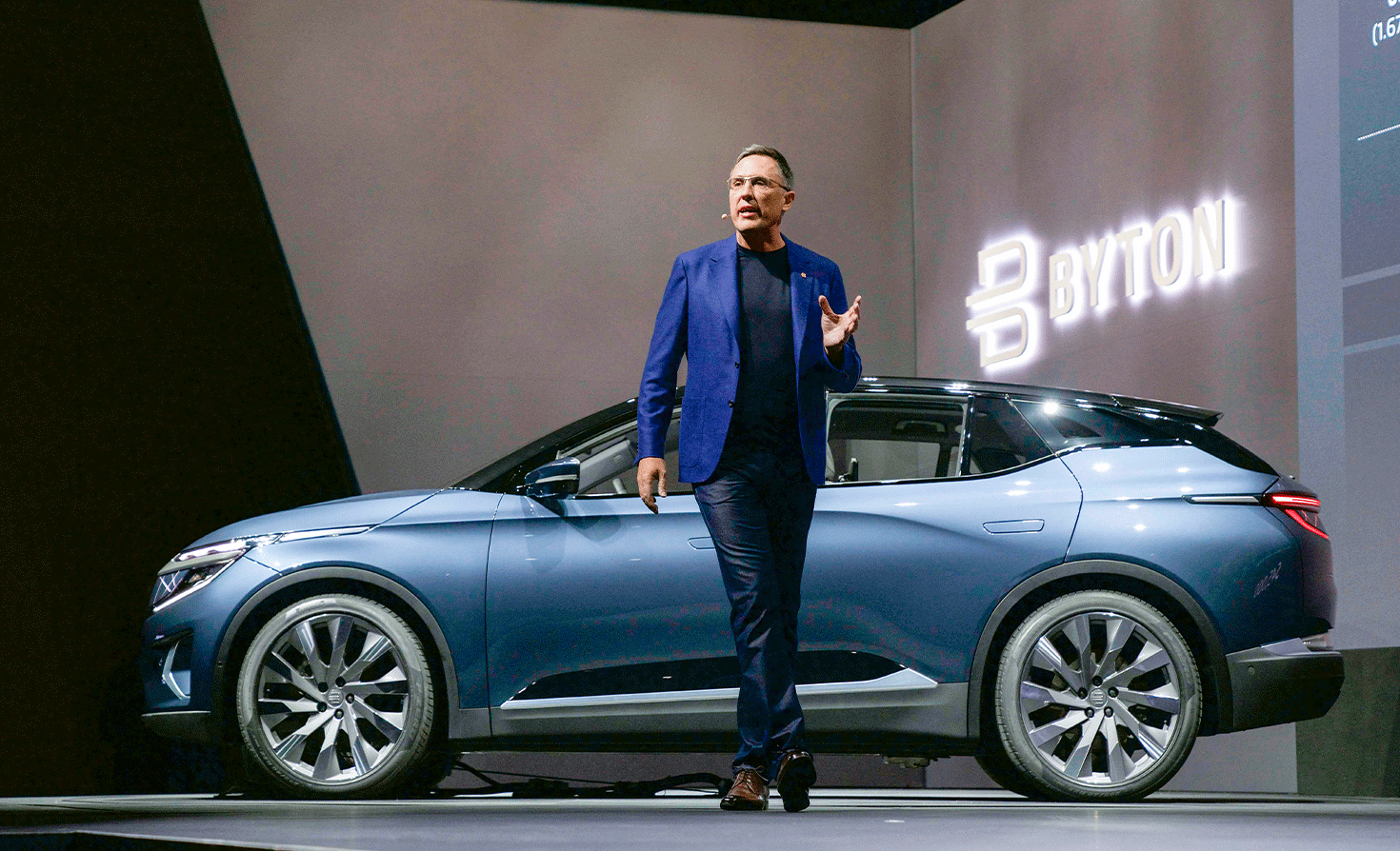 2020 will indeed be the "year of the electric car" particularly across Europe, says the Guardian. Cities in Europe are banning diesel vehicles from city centers while European automakers launch flagship EVs with names like the Fiat 500 and the Mini. 175 EV models will be on sale by the end of 2020 for European consumers, such as Volkswagen's id3, up from fewer than 100 right now.

European vehicle electrification will have profound effects on Europe's carbon emissions, but it also will present a challenging transformation for European auto sectors. Germany, for example, is expected to shed jobs as plants close that make internal combustion parts. Electric vehicles are simpler to make and require fewer parts, meaning a tightened supply chain. But you can also point to the German auto industry's resistance to change as an equally big challenge.

In China, long the world's largest market for EVs, it's unclear if there will be big growth in 2020. The Chinese government cut EV subsidies substantially in mid-2019 and demand for Chinese EVs is still feeling those effects. However, China remains the world's most important EV market.

Tesla's CEO and founder Elon Musk is betting the company's future growth this year on its ability to sell the Model 3 at a lower price in China by making it locally in a $5 billion factory in Shanghai. Last week Tesla handed over its first "made-in-China" vehicles to a batch of Tesla Chinese employees, and today in Shanghai, Musk plans to lead a ceremony to hand off the first locally made cars to Chinese customers.

Speaking of Tesla, over the holiday break, the company announced it had shipped 367,500 vehicles in 2019, achieving Musk's annual sales target and leading to renewed enthusiasm and a soaring stock price. Shares are trading well above the $420 stock price that Musk fancied (reaching close to $450 per share Monday), and this year the company is launching its Model Y vehicle (see picture below).

Overall, in the U.S., automakers are planning to have a little over 100 electric vehicles on sale by the end of the 2020, says Axios. New models this year in addition to Tesla's Model Y include Ford's Mach-E, Audi's e-tron Sportback, Volvo's XC40 Recharge and Volkswagen's ID4 Crozz. Tesla's Model 3 was by far the best selling electric vehicle of 2019, but the competition is heating up this year. 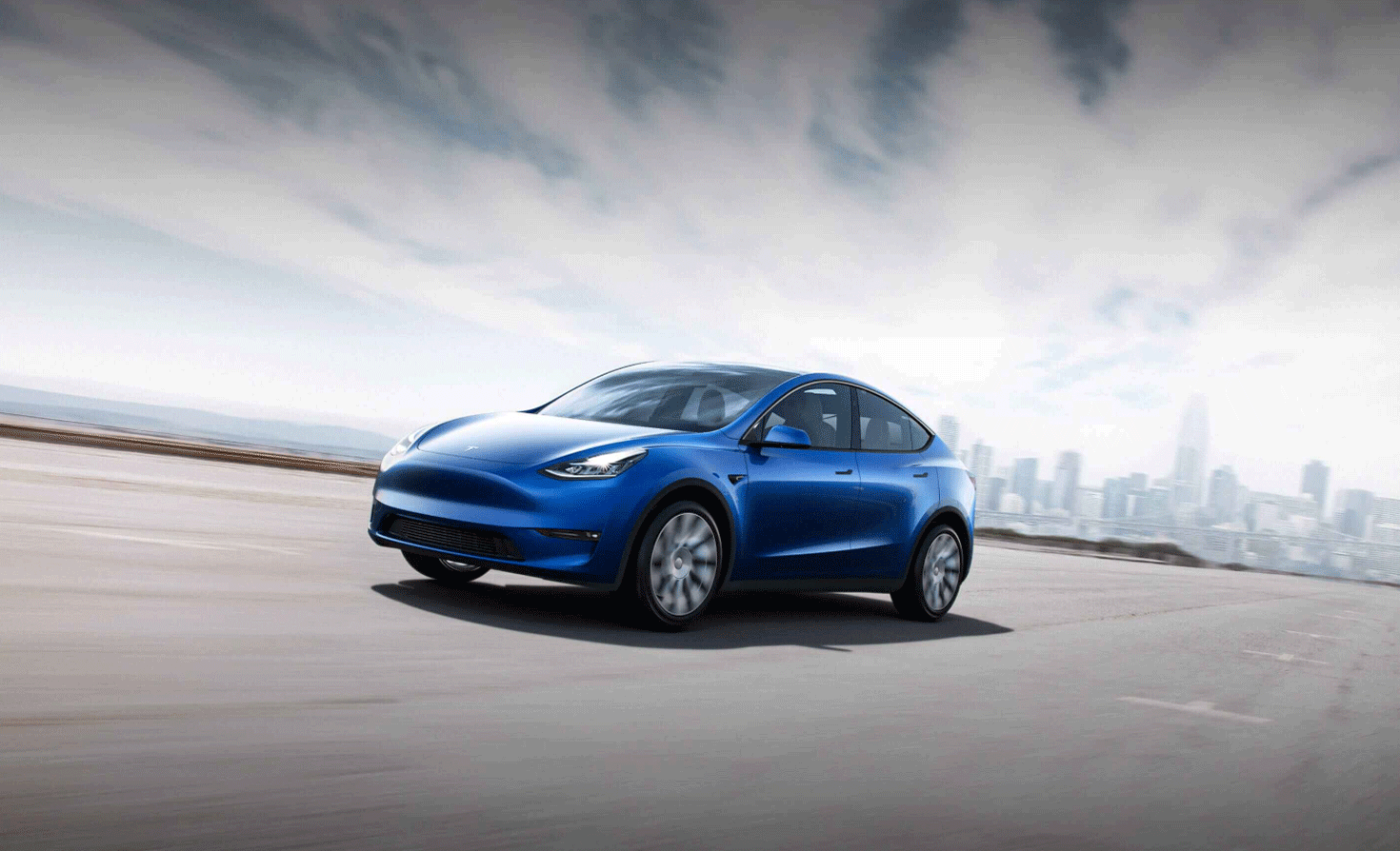 The electrification trend isn't only about cars or heavy-duty vehicles such as trucks and buses. Sales and access to electric scooters and electric bikes will continue to be a hot trend in 2020, and many are showing off at CES this week. Scooter companies are starting to focus on making scooters more robust and longer-lasting, to avoid the ultra-short lifecycles that have plagued the last couple of years.

And if you're following the steady tech drumbeat coming out of CES, expect to see more weird and wacky electric micromobility vehicles, such as electric skateboards and some of those electric one-wheel balancing devices. I see some of these rolling through the bike lane in San Francisco periodically, but CES is the place for these gadgets to get noticed.

Analysts keep nudging that date forward, but now suggest it could happen as early as 2022 for certain models and markets, namely large vehicles in Europe. McKinsey just put out a report that says globally there will be over 400 new EV models in the pipeline over the next three years, compared to 136 in 2018.

This is going to be a big year and a big decade for EVs, and we're glad to share it with you! We missed you over the holidays, but we're back to our regularly-scheduled weekly tempo. Thanks for tuning in.