27 steps to cut food waste and save billions

It doesn’t have to be this way  — that US consumers and businesses toss in the trash some 52 million tons of food a year, squandering $218 billion spent on growing, processing, transporting and then disposing that food.

The Rethink Food Waste through Economics and Data (ReFED) consortium who studied the problem for a year said Wednesday there are 27 pretty easy steps that, if scaled nationwide, would cut food waste by 20 percent or 13 million tons in a decade.

Moreover, they'd eliminate 18 million tons of methane emissions and save 1.6 trillion gallons of freshwater. And, as a huge future benefit, they’d get the world in better position to feed the 9 billion people expected to inhabit the planet by 2050.

Food waste is such a major problem that nearly 40 percent is lost between farm and fork, the U.S. Department of Agriculture estimated. The USDA issued a call to business and consumers alike last fall to reduce food waste in this nation by 50 percent by 2030.

ReFED, releasing its "Roadmap to Reduce Food Waste by 20 percent" on Wednesday, said the task would take some investment, $18 billion actually.

But the payback would be much bigger.

In dollars, these steps could unleash $100 billion in economic activity from reinvesting money saved and from investing in infrastructure. They could create 15,000 jobs.

Just as Smokey Bear and your mother said, prevention is key.

Of the 27 achievable steps identified, the ones with the most economic value are all about prevention. 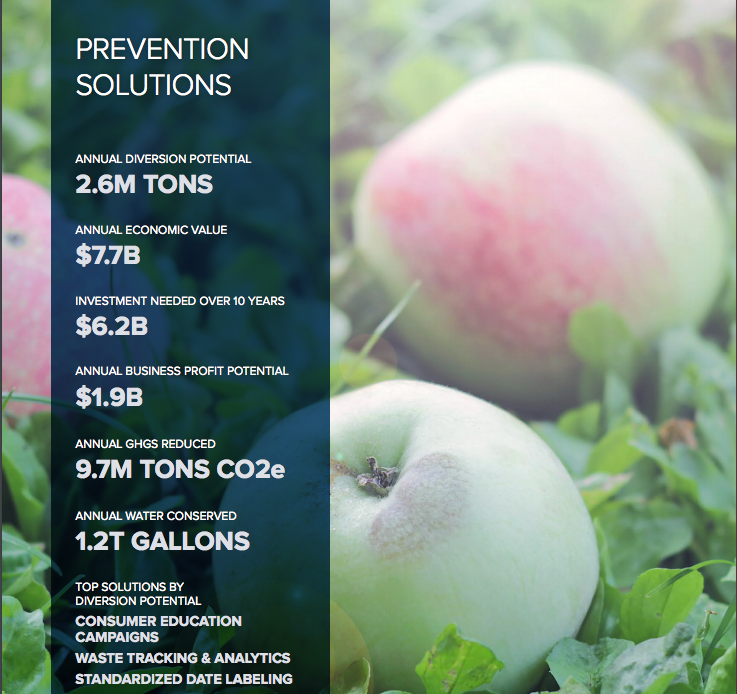 The top three steps with the most economic value are:

How food is served also could prevent food waste. Getting rid of trays at dining halls and cafeterias would discourage customers from choosing more than they can eat.

At the operational supply chain level, the ReFED report recommends that manufacturers and retailers use cold chain management during shipping, tracking and analytics tools during processing and transport as well as inventory management to move food through the sales channel based on age.

Food donations to hunger relief agencies could double with a little improvement in the logistics and transportation around food recovery programs, the ReFED report stated. It figures meals donated could reach 1.8 million. 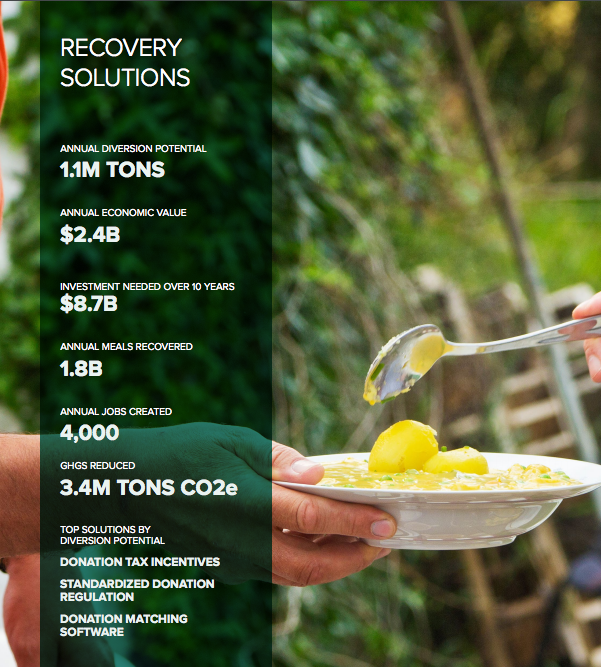 A key driver to expanding food recovery programs would be tax incentives that reward businesses for donating excess food. Another would be investment in the logistics of timely transportation so that donated food gets to its destination without spoling.

There's room for innovation in food recovery, ReFED said. If someone devised good software for managing the logistics and delivery of food to hunger relief agencies, then such donations would grow and the software developer would make money. ReFED estimated that 1.1 million tons of waste could be diverted through better food donation programs.

Recycling to compost and energy

By volume, recycling would do most to reduce food waste.

Recycling food scraps into composting or into energy through anaerobic digestion could divert 9.5 million tons of waste from going to landfills over the decade, the report stated.

The report stated the nation has woefully underinvested in recycling and $3 billion is needed for building centralized composting and anaerobic digestion facitlities.

The obstacles at the moment to recycling are that disposal to landfill costs are too low, making alternatives not economically compelling enough to drive investment. 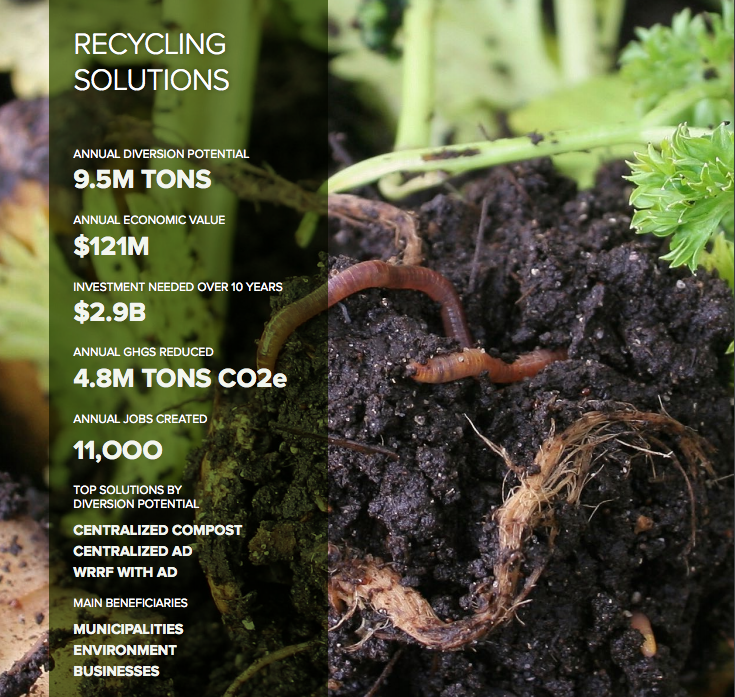 The research was conducted by Mission Point Partners, Deloitte Consulting, Resource Recycling Systems and the Closed Loop Fund with help from Sodexo, the Natural Resources Defense Council and other businesses, foundations and government agencies.

Getting the economic opportunity right on food waste

Can we fight food waste with plastic packaging?