This is the first of a series of articles from Sustainia about the best urban solutions to climate change from all over the world, from adaptation to mitigation and everything in-between. Check out all solutions on the Global Opportunity Explorer.

Heavy monsoon rains in South Asia and hurricanes Harvey and Irma were just a few of the natural disasters that crippled cities around the world last year. Consequently, it was no surprise that World Economic Forum put extreme weather and failure of climate-change mitigation and adaptation right on the top of its global risks list in the Global Risks Report 2018. This leaves us with the question of how cities can become better prepared for a future with more ravaging weather caused by climate change.

Investments in climate adaptation is a necessary expense for cities that want to safeguard against the negative impacts of a warming climate. But these investments also can provide cities with substantial environmental, social and economic benefits. For example, creating and restoring city parks and coastal wetlands offers the potential to protect freshwater resources, provide more attractive cityscapes, increase biodiversity and reduce public health expenses, all the while leaving cities better equipped to cope with extreme downpours or floods.

In other words, cost-effective adaptation is good business for cities and private companies alike, as we argue in the Global Opportunity Report, co-authored by U.N. Global Compact and DNV GL.

Let’s take a closer look at three cities using green spaces as a multipurpose solution to deal with flooding and heavy rains, while reaping a plethora of social and environmental benefits. 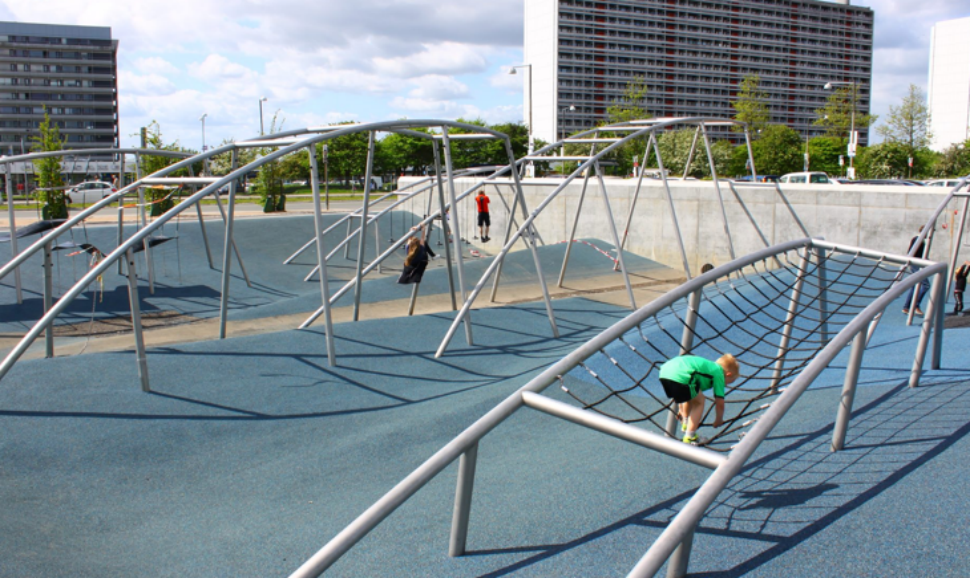 Aiming to make its citizens more active and to connect the city, Gladsaxe has managed to include recreational uses in all aspects of one of the largest Danish climate adaptation projects yet.

Gladsaxe struggled with the challenges with increased rainfall resulting in overflow from a combined sewer system. In 2011, one extreme weather event led to damages of more than $900 million. Avoiding similar losses in the future, the city is implementing areas that serve as both climate adaptive and recreational spaces.

With an area equivalent to 200 soccer fields, the Gladsaxe Heights Nature Park is one of the largest climate adaptation projects in Denmark. "Paddle tennis" courts, skateboarding areas and climbing frames all act as rainwater reservoirs during intense rain but most of the time provide fun recreational spaces for children. The project also includes a non-profit social housing association that has developed a rainwater distribution system independent of traditional wastewater infrastructure, reducing total volumes for the system to process during cloudburst events. 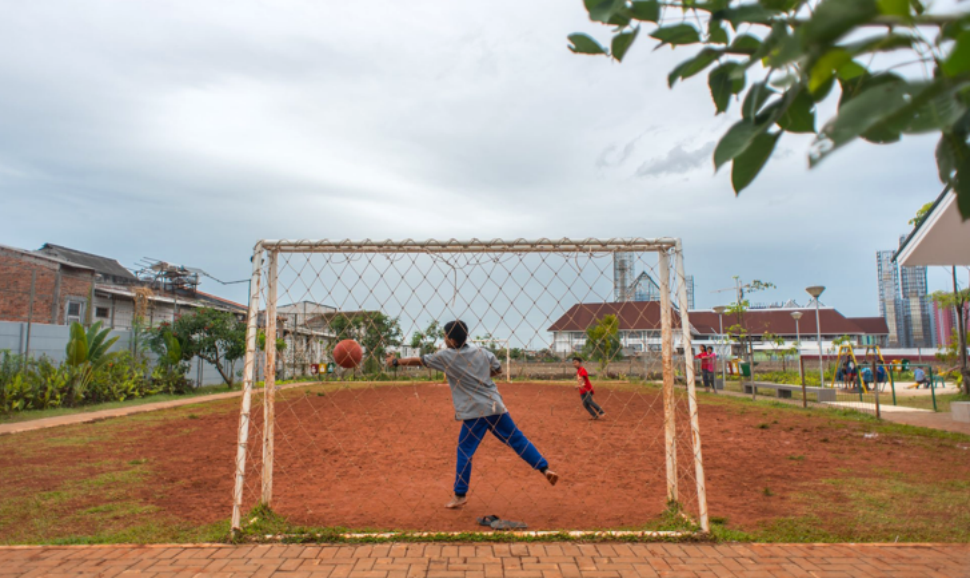 Jakarta is alleviating floods with parks for children

With more than 10 million inhabitants, densely populated Jakarta in Indonesia struggles to keep the city safe when torrential rains hit. In an attempt to reduce flood duration and enhance quality of life — especially for children — Jakarta is constructing hundreds of parks across the capital.

Kalidojo, Jakarta’s oldest and largest red-light district, was demolished and turned into one of the city’s green, child-friendly parks, including jogging tracks and bicycle lanes, a skate park, an amphitheater and outdoor fitness facilities. The city plans to have around 3,000 parks built, covering all high-density and vulnerable areas by 2022. 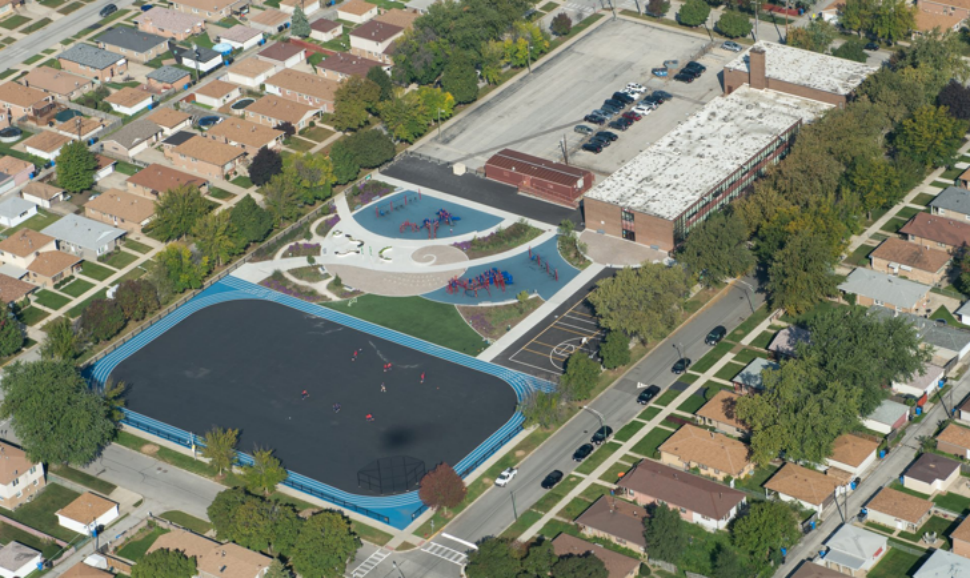 Low-income areas in Chicago already suffer the consequences of flooding. With climate change causing new rainfall patterns, risks have increased to new levels. In the last eight years, the city has experienced four storms exceeding the rainfall amount of a "10-year-storm."

Learn more about these three solutions in Sustainia’s annual Cities100 report, created in partnership with C40 Cities and Realdania. The report showcases the 100 best urban solutions to climate change from around the world. You can also check out all cities solutions on the Global Opportunity Explorer. 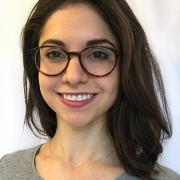 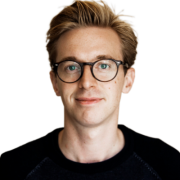 See all by Michelle Gordon