Although we've made advancements in electric vehicle (EV) technology and adoption in the past few years, uncertainty remains about the future of EVs.

This reality was highlighted at the Business of Plugging In 2011 conference held last week in Dearborn, Mich. Three major themes emerged during the event, which was attended by thought leaders in the electric vehicle space, including representatives from automakers, suppliers, utilities, policy makers and academics.

Surveys have shown that customers are willing to consider a plug-in electric vehicle (PEV) for their next automobile purchase, with numbers generally in the 50 percent range of respondents (source and source). Nonetheless, market penetration of more-conventional hybrid electric vehicles (HEV), such as the Toyota Prius, has struggled to break 3 percent of total automobile sales each year.

So automakers are hedging their bets on which technologies will win by producing a mix of lightweight, high-MPG combustion engine cars, PHEVs, HEVs and PEVs on the same platform. Ford's C-Max lineup will be one of the first to offer the array of technologies above.

By hedging their bets, automakers are using common car platforms to develop battery, drivetrain and lightweighting technologies that need scale to reduce costs without taking a directional bet on one type of electrified car.

The proliferation of electrified vehicles on a global scale will take more than the traditional automakers and their traditional supplier base. Instead, it will take a constellation of industry players and newcomers to deploy the technologies that support an EV ecosystem. For example, battery suppliers are working to find a breakthrough in energy density, but can only be successful through cooperation.

Automakers must adopt the technologies, government policy must support the R&D risks, and utilities need to build the infrastructure necessary to charge enough EVs to make the risks worth taking. Going it alone isn't an option for any one of those stakeholders since the risks and costs associated with each individual piece are high.

To create an ecosystem in which electrified vehicles can be successful, many different players will have to work towards the same goals. This leads to the third theme, where collaboration and transparency become far more important than ever before.

3. It's Time for a New Business Model

For perhaps the first time in history, automakers and suppliers, utilities, infrastructure developers, financiers, technologists and policymakers are acknowledging that they have shared stakeholders and embracing the interconnectedness of organizations. These many different groups are now sharing common customers in everything they do. It's time for a new business model, where collaboration and competition co-exist.

Even traditional rivals see this need for collaboration. During a panel facilitated by GreenOrder's Beth Lowery, we heard leaders from Ford, GM and Toyota agree that they need to share the risks associated with battery development and standardize charging infrastructure in order to drive down costs and grow the overall EV market. At the same time, individual companies must also compete, as they always have, for share of that market through proprietary application of those new technologies, design and customer service.

Coming out of BPI 2011, there appears to be quite a bit of uncertainty on the EV horizon. Out of this uncertainty is springing innovation, collaboration and new business models in an industry more than a century old industry. There will no doubt be winning and losing approaches to electrification, but the journey there will spawn a new way of doing business in Detroit, Japan, China, Germany and beyond. 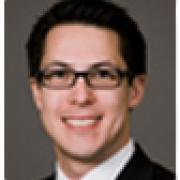