3 hurdles to racial justice in clean energy, and 3 ways cities can overcome them

For years, city governments in the United States have taken the lead on committing to climate action, with more than 165 cities aiming for 100 percent community-wide clean energy. But whether ambitious goals translate to ambitious action is another question altogether, and unfortunately we’ve seen cities fall short of their commitments before.

More recently, many cities also have made or intensified commitments to addressing longstanding structural racism. The movements for racial justice and for environmental sustainability are inextricably linked, as communities of color are disproportionately affected by climate change and have not always benefited from climate and clean energy programs.

But as local governments work to center racial justice in planning and services, they need to further both social equity and environmental sustainability.

Environmental sustainability without social equity isn’t sustainable, so authentic inclusiveness must be at the heart of local government planning processes. To avoid the stumbles of the past, governments can best lead through collaboration with frontline communities. At the very least, this means letting the community lead, measuring what matters and implementing programs inclusively.

Hurdles to a just energy transition

Here are a few potential hurdles, created by the way governments historically have done their work, to keep in mind when developing or implementing a clean energy or sustainability program:

In 2014, a program to offer free street trees to Detroit residents fell far short of expectations when about a quarter of eligible residents declined the offer. Why? Many residents distrusted the government, based on community memories of urban forestry actions from decades earlier that residents took to be racially motivated. To build trust, officials made fundamental changes to the tree-planting program, hiring local citizens as engagement coordinators and involving residents substantively in the planning process.

Neighborhoods with poor canopy coverage are often places where racial oppression intersects with every aspect of residents’ lives.

For example, neighborhoods with poor canopy coverage are often places where racial oppression intersects with every aspect of residents’ lives, making the isolation of a single problem with a single solution impossible. Failure to account for historical context can lead to failure to address fundamental neighborhood concerns.

The initial planning for Houston’s enormous Bayou Greenways 2020 parks project laudably included an extensive public outreach effort. But its online-only survey in 2014 polled those residents who were easiest to survey, rather than a representative sample of the population, many of whom lack internet access. Predictably, the process failed to give adequate voice to poor and non-white residents: two-thirds of survey respondents were white with household annual incomes greater than $75,000.

Houston recognized problems with its Bayou Greenways outreach and re-surveyed the public about a year later, this time using open-ended questions in in-person interviews in English and Spanish.

Government officials inadvertently can separate sustainability from racial equity when they solicit public input. The people most capable of participating — whose economic, educational and linguistic advantages make participation easier — have outsized influence on government actions. Meanwhile, people who lack resources, time, legal status or comfort with government institutions often find their priorities and concerns underrepresented and unaddressed. And for many of these people, these unaddressed concerns speak to how proposed government actions can be influenced by racial oppression.

Houston recognized problems with its Bayou Greenways outreach and re-surveyed the public about a year later, this time using open-ended questions in in-person interviews in English and Spanish. Researchers found that representation clearly mattered for determining project priorities and planning.

While most people are willing to make sacrifices to help their communities, no one wants an unfair share. Perceptions of inequitable burdens can lead to non-participation and even uprisings, such as in the Yellow Vest protests in France. On the other hand, if the rewards of sustainability are unfairly distributed, green projects can exacerbate social inequities.

For example, many local programs focused on increasing the use of residential solar energy have used tax breaks and similar incentive mechanisms, which are more likely to be relevant to wealthy, white homeowners with access to the credit and tax equity needed to participate. This has led to unequal distribution of local solar.

How can local governments promote sustainability and justice?

At the intersection of urban sustainability and racial justice is a useful, powerful concept: Government should use its privileged capacity to elevate frontline leadership. By extension, actions should be designed through centering the needs of frontline communities, those most affected by racism and climate change.

Government can offer its various forms of capacity — including legal authorities, asset ownership, relationships with business communities, convening power, staff with elite educations, technical expertise and data and information — to collaborate with frontline communities and organizations and improve the lives of residents. Having this capacity, and the power that comes with it, is a privilege in a democracy with deep inequality.

Cities can refocus how they do business on around listening to those residents who have the greatest knowledge of how society and government actions affect the most afflicted.

Cities can refocus how they do business on around listening to those residents who have the greatest knowledge of how society and government actions affect the most afflicted and to those organizations with the greatest access to and moral authority with their neighbors.

So, what does this mean in practice?

The first task for governments implementing sustainability projects is to proactively recruit leaders from frontline communities. One way to do this is by partnering with existing social justice organizations. In Portland, Oregon, environmental nonprofits provided technical and organizational expertise to the Portland Clean Energy Fund Coalition, a group of six social justice organizations with deep roots in Portland’s communities of color. Frontline leadership played an instrumental role in the successful passage of a package of tax-supported clean energy grants expected to total $44 million–$61 million; BIPOC (Black, Indigenous and people of color) leadership was central to winning trust and endorsements from the public sector and trade unions.

In Portland, Oregon, environmental nonprofits provided technical and organizational expertise to ... a group of 6 social justice organizations with deep roots in Portland’s communities of color.

To proactively recruit frontline leaders, local governments should assess and remove potential barriers to participation. That can include consideration of meeting times and spaces, as well as providing childcare, meals, stipends, transportation and interpreters. This process can be a starting point for creating or enhancing relationships with community and social justice organizations.

Frontline residents and leaders may not speak and think in the same terms as city staffers, and some orientation and translation may be required. It can be useful to ground technical discussions in narratives and lived experiences to build common vocabularies out of various cultural and technical reference points, and to be ready to be flexible about timelines and project goals. Most important, governments need to listen openly and honor community expertise.

2. Measure what matters to people

The city of Orlando, Florida, developed its 100 percent renewable energy plan after a series of data-rich community engagements. Orlando staffers worked with Greenlink Analytics to produce data visualizations and maps designed to be easily understood and enable open, substantive discussion with community residents.

The maps go beyond standard energy indicators and include equity dimensions such as energy burden (the portion of household income spent paying for electricity and gas bills), making visible city-wide inequities in poverty and energy costs and enabling further conversation on ways to focus future city programming in frontline communities.

A utility burden represents the percentage of annual income that a household or individual pays toward their utility bills (electricity, natural gas, and/or water). This map is taken from an interactive dashboard of Orlando's utility burden developed by Greenlink Analytics.

Program implementation is where the rubber of a sustainability plan meets the road of impacts in the lives of residents. Policy selection, roll-out design and financing decisions all influence the final distribution of program benefits and therefore can spark important debates about fairness amid the tension between equality and equity. Because an equitable implementation plan could be vastly different from the status quo, it might feel starkly unequal.

Scenario assessment and policy prioritization, traditionally the purview of technocratic planners, should be led by the people with the greatest stakes in the outcomes. In a set of community engagement sessions, Orlando’s planners presented visually simple (but analytically sophisticated) clean energy calculators.

Scenario assessment and policy prioritization, traditionally the purview of technocratic planners, should be led by the people with the greatest stakes in the outcomes.

Centering climate and energy planning on racial justice is no small task, with numerous obstacles in local governments’ paths to equitable energy policy and program design. But by applying governments’ capacities to empower frontline leadership, city staff can start to flip the script on typical planning conversations and build trust with frontline communities. 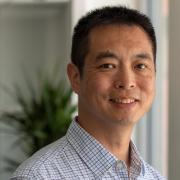 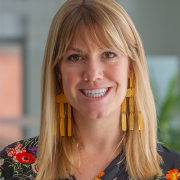 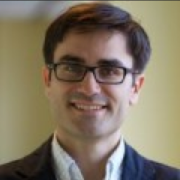 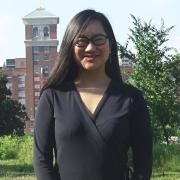 See all by Ted Wong