Doing so can boost sustainability, increase the company's cachet with customers and fatten its bottom line.

Food waste is a problem that extends beyond the landfills, where organics release methane, a potent greenhouse gas. When we throw away food, we also throw away the money, natural resources (water, energy, land, oil for transport) and human capital used to produce, process, transport and sell the wasted food. A full 40 percent of edible food in the United States goes uneaten, according to the Natural Resources Defense Council’s August 2012 report. The average American wastes ten times as much food as someone in Southeast Asia and 50 percent more than an American living in the 1970s.

With households accounting for 44 percent of U.S. food waste, restaurants for 33 percent and grocery stores for 11 percent, according to the Food Marketing Institute (FMI), solutions must focus on all three sectors.

Organizations are already tackling the job of diverting food waste from landfills into more productive uses.FMI and the Grocery Manufacturers Association are collaborating with industry on the Food Waste Reduction Alliance, and the U.S. EPA uses the Food Recovery Challenge to focus grocers, universities, stadiums and other venues on purchasing leaner and diverting surplus food to productive uses.

Not enough attention, however, is placed on preventing food waste. And diversion too often does not apply to households, as residential composting is not widely available.

Without government pressure and the likes of WRAP in the U.S., restaurants, grocers and other food businesses should step forward to help U.S. households reduce food waste. There is a strong business case here for taking action.

For one thing, businesses targeting consumer food waste provide a valuable service – helping customers stretch their food dollars and reduce the $2,200 the average household loses to wasted food. This, in turn, should increase customer satisfaction and loyalty. Sainsbury’s, for example, found its customers appreciate efforts to help them save money in a difficult economy, with 20 percent reporting they were trying to throw less food away because food costs were of prime concern.

U.S. customers are looking for guidance and leadership on food waste reduction. Nearly 40 percent of Americans feel the most “green guilt” for wasting food, according to the Shelton Group’s 2012 Eco Pulse survey. Also this year, the Unilever Food Solutions Report showed that nearly 80 percent of U.S. diners are concerned about the amount of food thrown away every day in restaurants, cafeterias and other away-from-home venues. In fact, nearly 50 percent of respondents said they would spend more for meals at locations that limit food waste.

Even so, customers should not need to spend more; targeting consumer food waste can save businesses money. In 2007, for example, the Port of Portland set up separate bins for collecting consumer food scraps and liquids in the Portland International Airport. It saves money every year based on the differential between its net costs for hauling organics and landfilled waste.

The bottom line: Putting consumer food waste on the agenda can boost a company's reputation and revenue -- and be good for the planet to boot.

Photo of leftover food being discarded provided by TonyB via Shutterstock. 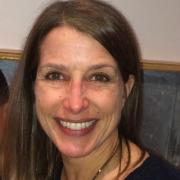 Consumers want to know: What does sustainability really mean?

From Pepsi to Unilever, 5 circular economy strategies for consumer goods

Product ecolabels: To certify or not to certify?

Know these three Vs of sustainability communication