Fossil fuel companies hold vast oil, gas and coal reserves that help determine their market value. These reserves are also the basis to understanding the potential climate risks of burning these fuels. Yet not a single fossil fuel company in the world discloses potential emissions from their reserves — and that is a big problem.

This emissions information is important for investors, as well as the broader public, to understand the risks to these companies and the planet. Research shows that a large portion of the world’s fossil fuel reserves will have to be left in the ground if we are to avert the most dangerous impacts of climate change. And the Financial Stability Board — the 20 most powerful central bankers and finance ministries in the world — Wednesday released a landmark report which calls for companies to disclose climate-related risks, both financial and physical.

Companies owe it to their investors and to the public to use this new guidance and reveal the potential impacts of their reserves. There are three reasons:

1. If the entire reserves of fossil fuel companies are extracted and burned, the world will veer way off track to tackling climate change

Scientists overwhelmingly agree that preventing the worst impacts of climate change will require limiting warming to 2 degrees Celsuis (3.6. degrees F). The world’s "carbon budget," or the amount of emissions it can release and still stick to the 2-degree limit, is 986 Gigatonnes of CO2 (GtCO2) between 2011 and 2100.

Failing to stay within this budget could warm the planet past key tipping points, which would bring dire consequences such as wilted croplands, bleached coral reefs, mass extinctions of animals, and some regions such as North Africa and the Middle East becoming uninhabitable.

Fossil fuel companies have enough carbon stored in reserves to take us well over the 2-degree threshold. Preliminary analyses show that the 200 largest publicly traded companies (by reserve size) have at least 1,541 GtCO2 worth of potential emissions stored in their reserves, or 156 percent of the world’s carbon budget.

Alarmingly, this figure is based only on fuel burning, leaving out an important emissions source — the production and processing of the fuels. These upstream sources account for between 5 percent and 37 percent (an average of 15 percent) of fossil fuels’ total emissions, from exploration to consumption. 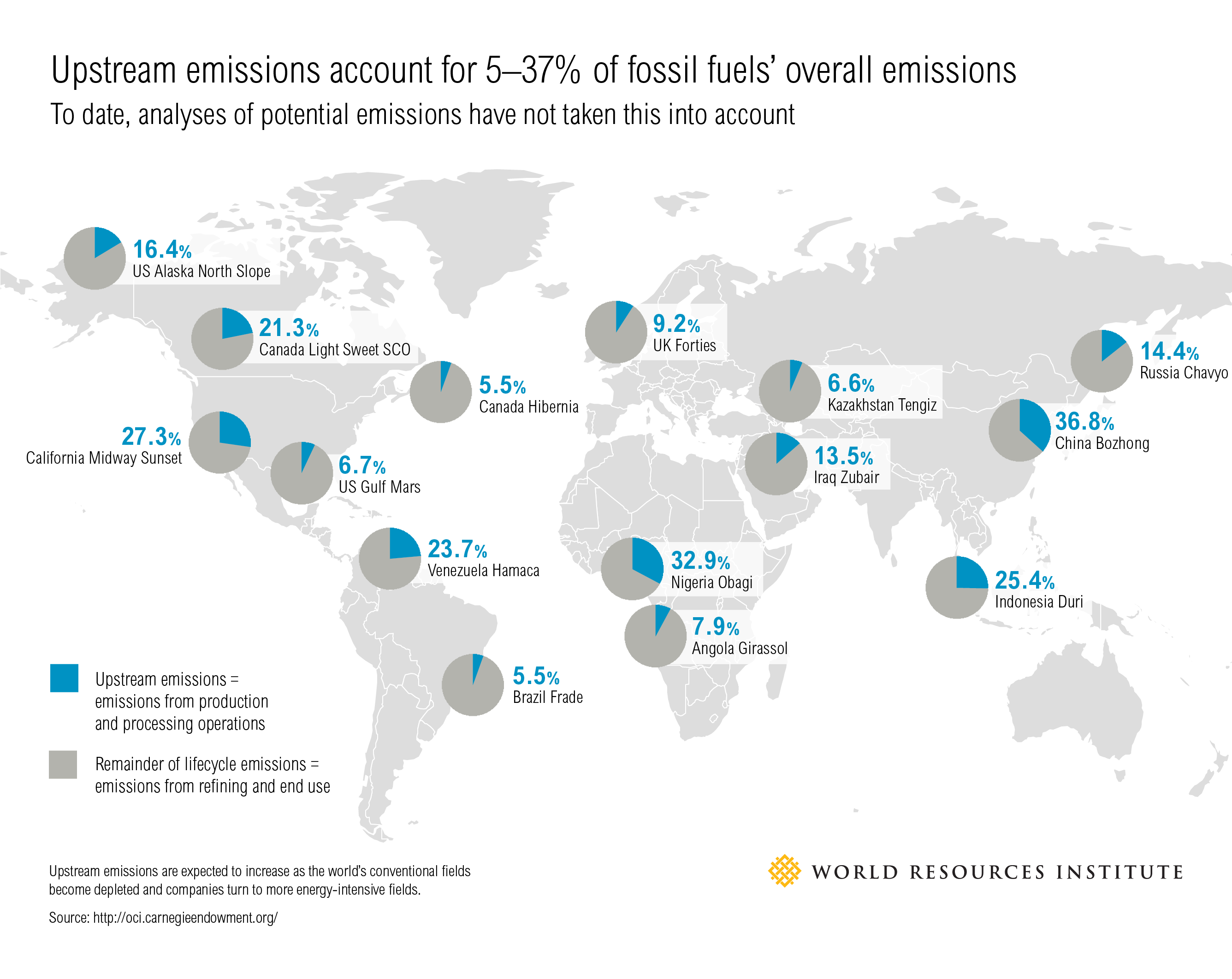 These upstream emissions are expected to increase as the world’s conventional fields get depleted and companies turn to fields that require more energy to extract, such as oil sands.

2. Investors are increasingly asking for information on emissions performance

In light of the climate challenge and government commitments to address it, disclosure requirements are on the rise as investors want to know more about their investments, especially in the fossil fuels arena.

New analysis by Reuters shows that 48 percent of the world’s 4,400 largest companies report their emissions to investors and stakeholders. This disclosure trend will continue, as socially responsible investing has grown tenfold since the 1990s and continues to outpace other strategies. Investors are most concerned about the future performance of companies, and data on potential emissions from reserves in the ground offer valuable information about a company’s future prospects. Increasing climate protection policies, such as Canada’s carbon tax, could affect the valuation of their assets and eventually profits, so it’s essential for investors to know the potential emissions so that they can calculate the expected liability.

Investors already have collaborated on a number of initiatives to standardize the disclosure of carbon-related data and improve data availability in the fossil fuel industry. For example, CDP’s annual climate change questionnaire has a module tailored to the oil and gas industry that calls on companies to disclose production and reserves by reserve type, emissions by stage in the value chain and development strategy.

The Global Climate Disclosure Framework, a reporting guide issued by the Institutional Investors Group on Climate Change, Ceres and the Investor Group on Climate Change, calls on oil and gas companies to disclose the carbon intensity of their operations. Potential emissions data offers a complimentary perspective here because, when combined with data on reserve size, it is an indicator of the carbon intensity of future production.

3. Companies are reducing the size of their reported reserves to reflect big structural changes in the economy

In order to keep global temperature rise within range of safe levels, fossil fuel companies will need to consider a major shift in strategies, including limits on how much of their reserves they would use. Indeed, we’re already starting to see how this scenario could play out as a result of dropping oil prices.

For example, Exxon Mobil recently announced that it no longer considers 20 percent, or 4.5 billion barrels, of its proved oil reserves to be extractable. This reduction applies mostly to the company’s oil sand deposits in Canada, which are expensive to extract and use, and therefore particularly sensitive to dips in oil prices. The write-down is possibly the largest single-company revision in the history of the industry. This example suggests what governments could accomplish leveraging market forces to achieve their climate policies.

By reporting potential emissions, a company would acknowledge its contribution to the carbon budget and implicitly show that it is preparing to respond to policies and market signals for a low-carbon future, such as a price on carbon pollution.

The demand is there — and now with the new reporting framework released today, companies have the resources to act. It’s now up to companies to step up and start disclosing their potential emissions as an integral part of their emissions reports.

If reported within a corporate GHG inventory report, potential emissions should be reported as a memo item outside of the scopes. See the GHG Protocol Corporate Accounting and Reporting Standard for further information. 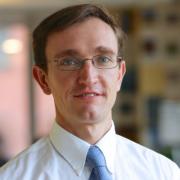 How do you measure emissions locked in fossil fuel reserves?