Food production must increase 70 percent by 2050 to feed the growing world population. This doesn’t bode well for our warming planet: Continuing with business as usual means agriculture could be responsible for up to 70 percent of global greenhouse gas emissions by that same year.

In the United States, emissions from agriculture have increased 17 percent just since 1990.

But the tide is turning, and momentum for sustainable agriculture is on the rise. Retailers, governments and consumers are creating demand for sustainable grains, and farmers are changing the way they grow crops so that less fertilizer is lost to the air and water as pollution.

Here are three reasons why sustainable agriculture is gaining traction:

1. Food companies are on board

Food companies and agribusinesses have committed to using fertilizer more efficiently and improving soil conservation on 23 million acres across the U.S. by 2020.

When excess fertilizer used to grow crops isn’t absorbed by a plant, it is lost as nitrous oxide, a greenhouse gas 300 times more potent than carbon dioxide, or as nitrate pollution in ground and surface water, which can contaminate drinking water or create dead zones.

So if fertilizers are used more efficiently and soil is kept healthy, farmers can save money, increase yields — and prevent environmental impacts.

The Campbell Soup Company is the latest business to make a commitment to sustainable grain, by optimizing fertilizer use and soil conservation in its Pepperidge Farm wheat sourcing areas in Ohio and Nebraska (think Goldfish).

Campbell will do this by deploying the SUSTAIN program, developed by United Suppliers to offer farmers a set of proven, effective tools that improve fertilizer efficiency and reduce soil erosion.

We can’t bring sustainable agriculture to scale without the private sector, so these companies making clear commitments on sustainability in their supply chains is big news.

Earlier this spring, the U.S. Department of Agriculture announced a new initiative to partner with farmers to address climate change threats.

By promoting public-private partnerships and investing in “climate-smart agriculture,” which includes practices such as fertilizer efficiency and cover crops to improve soil health, the agency expects to reduce U.S. greenhouse gas emissions by 2 percent annually by 2025.

This was a huge milestone — followed by the announcement of another big initiative from the White House this summer to create rural jobs by, in part, implementing climate-smart agricultural practices.

Feeding a growing population will require unprecedented collaboration between the public and private sectors, so these commitments and investments are a huge step in the right direction.

3. Farmers may participate in carbon markets

In June, the California Air Resources Board approved a new protocol for rice growers, representing the first crop-based carbon standards in an emissions cap and trade market. As a result, rice farmers may earn extra revenue for reducing methane emissions in their operations.

The even bigger news is that this is a gateway protocol. The doors are open for development of other agricultural standards that will pay farmers for reducing emissions.

With this precedent, the market can proceed with a nutrient management protocol to reduce nitrous oxide emissions from fertilizer.

This effort would apply to more than 400 million acres of cropland across the U.S. and contribute to millions of tons of greenhouse gas reductions while protecting or even increasing farmers’ yields. 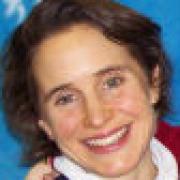 How do you define sustainable agriculture?

When it comes to sustainable farms, size shouldn't matter

See all by Suzy Friedman