Hurricane Michael, the most powerful storm to hit the Florida panhandle on record, caused loss of life and rampant destruction, flattening entire towns and leaving more than 1.3 million people without power across five southeastern states.

Rising temperatures and warmer waters are making this and other recent mega hurricanes such as Florence stronger and more devastating for coastal states such as Florida and the Carolinas. Unfortunately, the recent Intergovernmental Panel on Climate Change (IPCC) report provides little encouragement and instead conveys dire warnings that unless measures such as massive new investment in clean and renewable energy occur over the coming decade, we will have little chance of avoiding the worst impacts of climate change, including continuously worsening hurricanes.

Yet renewable energy installments aren’t just beneficial for the climate — they’re also proving more resilient than traditional electricity infrastructure, which is more susceptible to disruptions from severe weather. This suggests that investment in clean energy infrastructure could help businesses bounce back faster from hurricanes, keep communities and employees safe and avoid the worst economic impacts.

In a state regularly impacted by natural disasters, it’s all the more significant that a diverse array of Florida business voices are calling for action to accelerate the deployment of renewable energy, and particularly solar power, in the Sunshine State. They’re sharing their stories through a new portal that showcases business and municipal leaders from across Florida that have invested in and are supportive of solar, efficiency and other clean energy projects within their companies and cities.

Here are three key takeaways from hearing their stories.

Companies in Florida using renewable energy range from giant, global brands such as the Walt Disney Company to small, innovative companies such as Roundhouse Creative Studios in St. Petersburg. They include the iconic American Airlines Arena where the Miami Heat play, TD Bank branches with solar panel installations in over 20 Floridian cities, and leading real estate developer Terra Group.

These businesses are joined by public and non-profit leaders from the city of Orlando, Coral Gables and Solar United Neighbors, all of whom showcase their support for greater access to clean energy in Florida.

Coral Gables City Commissioner Vince Lago notes, "When elected, four years ago, environmental concerns were divided along political party lines. However, environmental concerns should not be partisan, much less dominated by a single party. As a fiscally conservative Republican, I believe that advocating for clean and renewable energy is much more than caring for our environment; it's about the cost savings and the economic benefits that derive from renewable energy."

Roundhouse Creative Studios founder Andrew Lee also revealed, "We have the benefit of not having an electric bill; that cost savings [of solar energy investment] is an immediate benefit we enjoyed." Lee adds that clients are increasingly drawn to the company’s sustainability-focused approach and culture.

Other business benefits highlighted in the portal:

As Lago also noted, "Why does one party own the environment?" Given the clear benefits of clean and renewable energy, this should not be a partisan issue. However, despite Florida's having the third greatest rooftop solar potential in the nation, the state ranks 14th in installed solar capacity, in part because needed bipartisan support for pro-solar and distributed energy policies in Tallahassee has not yet emerged.

In order to bring solar and other clean energy initiatives to scale, Florida also will need new sources of capital. "One of the biggest barriers to the clean energy economy is having enough capital to invest in clean energy," notes Chris Castro, director of sustainability for the city of Orlando. "To date… Orlando has enabled $500 million in capital for business owners and homeowners in Orlando to make investments in their homes and businesses.”

And as Jackie Ventura, head of sustainability at the American Airlines Arena, puts it, "We are known as the Sunshine State. I would love for us to be known as the Solar Power state."

More leadership such as this from both the public and private sectors could accelerate investment in renewable energy and drive Florida forward toward a clean and resilient energy future. In light of the damage caused by Hurricane Michael, now is the time to put politics aside and deploy clean energy to grow Florida’s economy and protect businesses and communities from the worst effects of natural disasters. 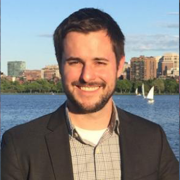 5 components of a virtuous cycle for energy efficiency

See all by Jake Hiller