3 signs carbon trading markets are about to hit their stride

There was a time when market-based approaches seemed to fall off the radar in discussions of climate policy, but carbon markets are back.

Well-designed emission trading systems offer the combination of flexibility, incentives and guaranteed results that help polluters meet their targets — while leaving it up to the market to figure out the best way to meet them, driving costs down.

This is why so many companies are staunch supporters of emissions trading, and why national and international efforts are taking off.

Here are three indications  we may be entering a golden age for carbon markets and what it means for COP21, the historic international climate talks that just concluded in Paris.

Climate progress in the United States and China is changing the global dynamic.

Gone are the days when the two largest emitters blamed each other for inaction. Their bilateral progress is inspiring commitments around the world. All told, cap-and-trade programs are in place in more than 50 jurisdictions worldwide that are home to nearly a billion people.

Quebec and California have linked their carbon markets, creating North America’s largest cap-and-trade system, becoming the first example of subnational jurisdictions in different countries launching a joint market. And more programs are in the works.

Ontario, Canada’s most populous province and home to a significant manufacturing base, is developing a cap-and-trade program to launch by 2017 and link to California and Quebec’s market by 2018. Having the largest U.S. state and Canadian province in a formal, linked carbon market will help lay the foundation for further carbon market collaboration in North America and beyond.

China, meanwhile, is set to open a national carbon market in 2017, the world’s largest.

One of the most exciting opportunities is in international aviation.

The International Civil Aviation Organization (ICAO) is developing a market-based mechanism for consideration at its next Triennial Assembly in 2016 to help the sector meet its stated commitments to carbon-neutral growth from 2020 and a 50-percent cut by 2050.

That would cap emissions from a global sector that accounts for roughly 2 percent of greenhouse gas emissions, and growing fast, and would set a powerful precedent for international cooperation on climate change.

Another opening is in the forest sector.

Tropical forests are not only crucial to stabilizing the climate — they are critical to sustainable economic development for the communities and nations that rely on them. Carbon markets can play a key role in driving a new model of green growth in the tropics.

By allowing jurisdictional REDD+ credits (short for Reducing Emissions from Deforestation and forest Degradation) into their compliance markets, California — and, perhaps soon, the ICAO — have the opportunity to create positive economic incentives for forest protection at a landscape scale.

Since 2006, when California’s climate change program was signed into law, the state has received more clean tech venture capital investment than all other states combined. Bloomberg News recently ranked the Golden State the best place in the U.S. to do business, citing the state’s visionary leadership on climate change as one of the markers of its success.

A good illustration of how market-based policies can promote greater ambition is the landmark U.S. cap-and-trade program for sulfur dioxide. This program reduced national average concentrations of the pollutant by 76 percent since 1990 — taking an enormous step toward solving the problem of acid rain ahead of schedule and well below the estimated cost while creating hundreds of billions of dollars in annual benefits.

And despite well-publicized ups and downs — attributable in large part to the worst recession since the 1930s — the European Union’s emissions trading system is performing well. It has over-achieved its goals, leading to more reductions at lower cost than expected.

How can we capitalize on this political moment of the climate agreement and build on the momentum we are seeing to keep carbon markets growing around the globe?

To COP21 in Paris — and beyond

How can we capitalize on this political moment of the climate agreement and build on the momentum we are seeing to keep carbon markets growing around the globe?

A durable climate regime established by the Paris Agreement will be one that harnesses market forces in the hunt for solutions, mobilizes private sector energies, enhances national self-interest and, through rigorous and transparent reporting, allows countries to demonstrate to each other that they are meeting their commitment.

A United Nations agreement is only one of many tools available to address climate change. It will take continuing strong action by leading emitters and leading carbon market jurisdictions to spur the technological, political and institutional transformations that will support more ambitious action in the years to come. 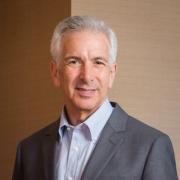 How seafloor sensors can save fisheries

We've got a methane problem

See all by Fred Krupp