3 Sustainability Lessons from the Ceres Conference

Last week in Oakland was the annual Ceres conference. Among the many announcements were the awards for best sustainability reports.

Anvil Knitwear, a small, private B2B-focused apparel manufacturer, was recognized for best first-time report and SAP AG recognized for innovative use of web and social media.

While the awards alone might not be big news, the story behind them reveals some great advice for companies at the beginning of the sustainability journey.

1. Don’t Leave Money on the Table

In conversation with two of the winners last week, both enterprise software leader SAP AG and smaller, green apparel company Anvil Knitwear had similar advice. If you aren’t integrating sustainability into your business, you are leaving money on the table.

“The first thing you need to do is get your President and CEO on board. Explain to them the business case for the company and how it can create value. This is not about being green, it is about driving value for the business by incorporating social and environmental aspects into decision making,” explained SAP Chief Sustainability Officer Peter Graf.

When asked why they took on sustainability as a priority, Caterina Conti, Anvil Knitwear’s chief administrative officer, executive vice president and general counsel, responded, “I don’t think you can afford not to. We have saved millions and millions of dollars. It is just dollars you leave on the table.”

In Nike’s acceptance speech, Hanna Jones stressed, “Sustainability is no longer just a values based question. It’s a core strategic imperative for any company that intends to thrive and grow in the years ahead.” 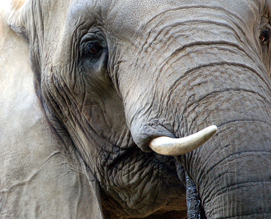 2. Speak About the Elephant in the Room

With a twist of irony, AEP won the runner-up award for reporting only a few days after NRDC blogged about their efforts to weaken federal clean air standards. Sandy Nessing, Managing Sustainability Director for AEP, explained, “We feel very strongly about being transparent. Yes, there is an elephant in the room around environmental regulations and we would be remiss if we didn’t step up and say here is what we are doing and here is why.”

“We are in a very tight spot, but that doesn’t mean you change your values,” she explained.

AEP is claiming that the time frame to implement the new regulations is too short, but other power companies knew this was coming and invested accordingly. On the one hand, I was impressed with AEP’s approach to name the elephant in the room during its acceptance speech. However, the situation raised some concerns in my mind over the depth of AEP’s commitment to sustainability. And made me curious about the judging criteria.

All submissions were ranked on three key elements: completeness, credibility and communication. Credibility is defined as “assurance from the presentation of evidence that there are organizational structure, processes and controls in place to enable the company to accurately present information on its impacts.” Credibility includes management process, governance and stakeholder inclusion–how feedback is used and how it influences decision-making.

The judges rewarded AEP for identifying “its position on difficult issues and where its position may have differed from its stakeholders.” In the advice section, the judges offered some recommendations to AEP, such as be more transparent about discussing the risks to AEP’s business model–which currently has high carbon impact.

3. Bloomberg Steps Up on Sustainability (and ESG data)

While not an award winner (yet), it was interesting to see Bloomberg at the conference, with its trademark terminal live and running. If you are not publicly reporting on sustainability performance, or filling out its detailed environmental, social and governance (ESG) questionnaire, your company performance will not be included in the Bloomberg system. Could be a lost opportunities because more and more investors are using the Bloomberg ESG data, according to Fast Company.

While some companies still don’t seem to take socially responsible investing (SRI) very seriously, if the turnout at Ceres is any indication, SRI is here to stay. Chad Spitler, Director at BlackRock, mentioned to me at lunch that they have $3 trillion in assets and 8 percent are invested socially responsibly. The California State Teachers Retirement System (CalSTRS), which manages $152.9 billion in assets, announced they plan to speed up a program aimed at getting its outside fund managers to incorporate environmental, social and governance criteria in their decision-making, including small-ca[ companies.

I got one of the coveted hard copies of Bloomberg’s new sustainability report. They have committed to reducing its carbon footprint by 50 percent by 2013 from 2007 levels. For every $1 invested in environmental management the company saved $2 in operating costs, ending where we started. If sustainability investments reap 100 percent returns, what’s not to like? However, looks like the metric tons/$million ratio went from 22 to 28, an increase of 16 percent including acquisitions. The growth in direct emissions seems to come from data centers. Someone is going to be busy at Bloomberg over the next year to meet their carbon reduction goal. 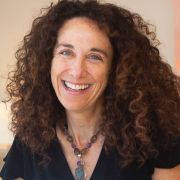 Is regenerative agriculture the answer to the guilt-free burger?

See all by Deborah Fleischer