An evolution has taken place in the sustainable business sector over the past year. How are businesses embedding sustainability initiatives that are good for both business and society? In theory, 2016 is not so different from last year.

But in 2015, the question of whether investing in sustainability was a good business move still hung heavily in the air. This year, the conversation at a recent event was about implementation and lessons learned from companies well along in their journeys.

Bloomberg BNA’s second annual Sustainable Business Summit, held in New York in October, set out to discuss why the mood is different. Given the ratification of the U.N.’s 17 Sustainable Development Goals, COP21, the collapse of oil prices and a sharp escalation in the number and severity of environmental and social crises, the drumbeat for change is louder and more insistent.

Global multinationals and startups alike can model some remarkable results and explain what worked and what didn’t. Business, writ large, is finally poised to look beyond its next quarter, to stop gawking at what’s happening outside its doors and get to work. Across the array of speakers, panels, presentations and topics at the conference, these three important issues emerged about what is necessary to scale this movement to the point where sustainable business becomes business as usual.

Bloomberg CEO and former New York City Mayor Michael Bloomberg  delivered a short speech on setting the agenda for sustainable business. He stated that the U.S. is the only big country in the world likely to meet its COP21 targets easily, solely on the basis of our transition from coal-fired fuel to renewables, with virtually no help from government.

Later, jaw-dropping stats on China’s progress were presented courtesy of Andrew Winston: China built more wind last year than the U.K., Denmark and France already have in place, and has invested $329 billion into renewables. Over half of China’s new energy is renewable band has been for three years. Lise Kingo, executive director of the United Nations Global Compact, reported that China is addressing all 17 of the U.N.’s Sustainable Development Goals (SDGs) in its latest five-year plan.

Even if these numbers are not brand new, the contrast between the two approaches to energy independence is dramatic, particularly in the context of the current political climate in the U.S. Ultimately, both are needed but the ratio of the two will continue to vary by country and region.

Audrey Choi, CEO of Morgan Stanley’s Institute for Sustainable Investing, cited the result of a study indicating that 93 percent of equities face climate risk. Broad-spread, transparent and standardized analysis of these risks and reporting on them is not just important at the individual equity level; it’s key to understanding and managing risk at a systems level.

Currently, however, the tools and practices available for these critical, data-driven activities are wildly diverse and often hard to use, making it tough to find the right one for a given business, much less to develop a holistic picture.

SHIFT is seeking help to identify resources on which to report (here's the pre-launch collection form for the data wonks and ops readers here).

Stories abound of the difficulty companies have in setting up the relationships needed to round-trip materials throughout a complete materials life cycle.

A startup called Pathway21 promises a way to speed development of the circular economy. Executive Director Andrew Mangan's cloud-based platform for a materials marketplace includes infrastructure that facilitates cross-industry materials reuse among suppliers and producers. One example is the selling and buying of leftover steel, such as from auto manufacturers to building contractors and companies such as 3M. Managan reported that within two months of launching a pilot in 2015, Pathway21 had 23 companies and over 2,000 tons of materials in play.

This year, Nike, GM, Starbucks, P&G and the government of Turkey, to name a few, are participating. As this is a member-sourced marketplace, this could make finding the right partners far easier and faster.

(By the way, the "Jack Ma" notion is Mangan’s, not mine, but it’s the kind of thing that sticks in your head. Keep in mind startups need multiple funding streams to achieve scale and plenty of investment professionals were in the audience.)

These three catalysts are all vital to ensuring that sustainable business becomes business as usual: powerful incentives in the form of either private investment or a legal and regulatory framework (ideally, both); tools and the skills to use them to collect, analyze and report on relevant and increasingly massive data sets; and an effective marketplace to facilitate materials partnering throughout the value chain.

The idea that sustainability can be so fully integrated with "normal" business operations that it fades as a necessary term is quite a jump from the mood this time last year. 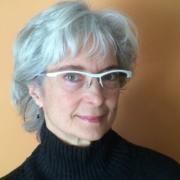 See all by Gwenyth Jones