<p>New guidance from the GHG Protocol on value chain emissions marks an important milestone for companies looking to track the business benefits of emissions reductions.</p>

This guidance is an important milestone for business for three reasons. It helps companies:

The Scope 3 carbon and GHG emissions guidance allows companies to set goals and track performance both internally and in comparison to peers. Once a company has developed a climate strategy that identifies the biggest source of carbon emissions in the value chain, the Scope 3 guidance will allow for immediate development of targets and systems to measure progress.

Kraft Foods was a participant in the "road test" of the new Scope 3 guidance. The company worked with the GHG Protocol and found as much as 90 percent of total value chain emissions from Kraft products are Scope 3 emissions. Initiatives within Kraft to address Scope 3 emissions have led to new partnerships with the company's research and development teams that are expected to drive down supply chain carbon emissions.

Scope 3 emissions can be indicators of exposure to climate risks, such as carbon and energy "hot spots" in the supply chain or use of products. They can also help companies identify opportunities to create greater efficiencies in their value chains.

Walmart has been among the most aggressive in tackling carbon and GHG emission inefficiencies by committing to reducing 20 million metric tons of emissions from its supply chain by 2015. Such an ambitious goal has launched several projects to capture the value of efficiency. By the end of 2011, 148 of the Chinese supplier factories with which Walmart worked had achieved a 20 percent reduction in energy consumption per unit.

With the new Scope 3 emissions guidance, companies have an important tool to demonstrate real emissions reductions. The standards allow for ambitious goal setting, deployment of resources and management systems to reduce emissions, and rigorous tracking of impact.

Electronic product and service provider Toshiba uses the standards to report eight categories of Scope 3 emissions. According to Toshiba's 2012 Corporate Responsibility Report, the company achieved carbon reductions of 4.7 million metric tons in 2011 through sales of environmentally conscious products. While impact was lower than Toshiba's goal of 6.8 million metric tons, the Scope 3 standards allow the company to report impact and adjust its management approach to reach next year's goals and a target of tripling eco-efficiency of products by 2015.

The Scope 3 guidance is an important tool in evaluating performance, creating value, and achieving impact in carbon and GHG emissions strategy. To make the most of this guidance, GHG Protocol hosted an online training course on the Scope 3 guidance on May 7, 8, and 9. BSR will launch its own series of events on driving climate action in the supply chain, which begins with a May 13 event co-hosted with World Resources Institute, a partner of the GHG Protocol.

This article originally appeared on The BSR Insight Blog and is reprinted with permission. 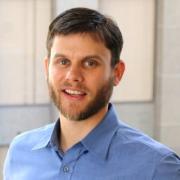