3 ways businesses can show governments they're taking action on climate

In this critical year for climate action, more forward-looking businesses are stepping up — helping to deliver the goals of the Paris Agreement and supporting ambitious climate policy.

By demonstrating their own success and sharing their experiences with policymakers, businesses are helping give governments the confidence to create the ambitious, clear and comprehensive policy signals that will spur investment in the low-carbon transition. Here's how:

One key way that companies can give policymakers the confidence to increase their own climate ambition is to showcase how they are taking concrete action and creating a positive change in the real economy.

This was evident at the U.N. Climate Conference in Bonn this May, when businesses, governments and civil society organizations from around the world gathered to share stories of their progress as part of the Talanoa dialogue. The ongoing exchange, which followed a tradition of non-confrontational storytelling from COP President Frank Bainimarama of Fiji, is intended to take stock of climate efforts and share experiences and lessons learned along the way.

"In 2016, BT achieved our previous science-based target to reduce our carbon emissions intensity by 80 percent on 1996/97 levels four years early and saved [$298 million] through driving efficiencies in our networks, data centers and buildings in the process. The business case for climate action is clear.

"Our new 1.5 degree science-based target means that by 2030, BT plans to decarbonize our business by ... 87 percent against a 2016/17 baseline. This means we plan to change our fleet of 33,000 vehicles into low-carbon vehicles and change how we heat our buildings, for example."

Mahindra Group’s Anirban Ghosh shared his story of the company’s target to plant a million trees each year.

During one project, Mahindra worked with coffee growers in a remote part of India to help indigenous tribes grow better coffee and earn higher incomes.

"It has become the largest organic coffee growing effort in the world with the product being sold in France, Ireland and Japan. More than 10 million new trees have been planted and 10 million old trees preserved. Annual household income has more than doubled and more than 100,000 people have experienced transformational positive change. The project has delivered on all the three dimensions of people, planet and profit," Ghosh said.

"Along the way we discovered that plantation was only one part of a larger story — a story of livelihood and development with carbon sequestration for good measure."

IKEA Group’s Karol Gobczyński shared how since 2009, the company has invested $2.3 billion in renewable energy globally, and now owns and operates more wind turbines than stores.

Another way that companies are showing policymakers they are embracing the low-carbon transition is by challenging the entire business community to commit to the goals of the Paris Agreement.

More companies are responding to the challenge laid down by Anand Mahindra, chairman of the Mahindra Group in January. He called on all companies to commit to set a science-based target, to reduce greenhouse gas emissions in line with the ambition of the Paris Agreement, with a goal of hitting 500 companies before the Global Climate Action Summit in September. At the same time, Mahindra committed to set science-based targets for all 13 companies in the $19 billion Indian conglomerate.

He called on all companies to commit to reduce greenhouse gas emissions in line with the ambition of the Paris Agreement, with a goal of hitting 500 companies before September.

One of those companies is Mahindra Sanyo Steel, which recently became the first steel company globally to have an approved science-based target. The other Mahindra Group companies committed to setting science-based targets include activities ranging from tourism to auto parts recycling, and include the largest tractor manufacturer in the world.

To date, over 720 leading businesses around the world have made climate commitments through the We Mean Business coalition's Take Action campaign — sending a clear signal to policymakers that business is implementing the Paris Agreement.

Collectively, these companies are achieving real impact. Their greenhouse gas emissions (scopes 1 and 2) are equivalent to the total annual emissions of India. They have a collective market capitalization of over $16.7 trillion, equal to 20 percent of the global economy.

More than 410 of those companies have committed to, or have set, science-based targets, aligning their business plans with the ambition of the Paris Agreement. This is well on the way to achieving Mahindra’s target of 500 by September’s summit.

A third way the business community is encouraging policymakers to raise their climate ambition is through face-to-face dialogue.

This was highly effective during the negotiations of the Paris Agreement in 2015, when leading businesses were able to sit down with policymakers and talk openly about challenges and opportunities, and which policies would help spur positive business action. It’s a conversation that continues.

The first round of Nationally Determined Contributions (NDCs), even if fully implemented, will not deliver the goals of the Paris Agreement, so in addition to businesses stepping up, governments also must continue to increase their ambition and accelerate climate action.

Fortunately, some governments are already announcing new goals. Countries such as Canada, the U.K., France and New Zealand have committed to phasing out unabated coal as part of the Powering Past Coal Alliance of over 60 countries, states, cities and businesses. The growing list of countries setting end dates for the sale of internal combustion engine passenger vehicles includes India, the U.K. and Norway. And many countries are ahead of schedule on the commitments made in their first NDCs.

Businesses are well positioned to help inform ongoing policy discussions based on their own experience and emissions reduction plans and continue to be a powerful voice to encourage governments to do more. They are uniquely able to point to progress they have made, demonstrating not only that climate action is feasible, but that it is a driver of innovation, competitiveness, risk management and growth.

Businesses are well positioned to help inform ongoing policy discussions based on their own experience and emissions reduction plans.

Long, loud and legal policy signals provide the policy certainty needed to inform strategic planning and drive low-carbon capital investment and innovation. Governments can provide these by including more ambitious targets and measures in their 2020 NDC communications, in domestic climate policies and in comprehensive and ambitious long-term, low-greenhouse gas development strategies, which will serve as a guide for future NDCs and national climate policy.

Forward-looking businesses are achieving their renewable electricity goals well ahead of schedule, accelerating deployment of renewables, reducing costs and growing their bottom line.

By continuing to set ambitious targets for themselves and sharing stories of their progress and success in achieving their goals with their peers and with policymakers, major businesses can continue to lead the way toward a prosperous low-carbon future, driving innovation and competitiveness and future-proofing their businesses along the way. 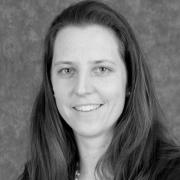 See all by Jen Austin