3 ways EVs could sideswipe the 'rules' of urban living

Or, what I learned by attending the inaugural Formula-E championship race in New York.

Let’s get this out of the way immediately: I am not a car person. The races I watch usually involve two-footed or four-footed mammals. Weird, I know, when you consider the auto-centric culture of suburban America.

What convinced me to give up a huge chunk of last weekend to gawk at super-fast electric vehicles (EVs) in Brooklyn was that I believe this technology — and the energy infrastructure that makes it run — can play a role in reshaping the future of city planning and transportation.

First, a word on the event: The first Formula E ePrix circuit was staged in New York City, a gathering that attracted celebrities such as EV enthusiast Leonardo DiCaprio (a brand ambassador for China’s BYD) and Australian actor Chris Hemsworth (who managed to spin out the Renault entry during a test drive). This was the third season for the Formula E Championship. The next and final races of this year’s circuit are planned for Montreal on July 29 and 30.

You won’t see cars like this on the street anytime soon, but many familiar brands were among the 10 participating teams — Audi, Jaguar, Mahindra and Renault among them. (Watch for BMW and Mercedes in coming seasons.) The others, including Richard Branson’s DS Virgin Racing group that won, see events like this as the opportunity to test boundaries. 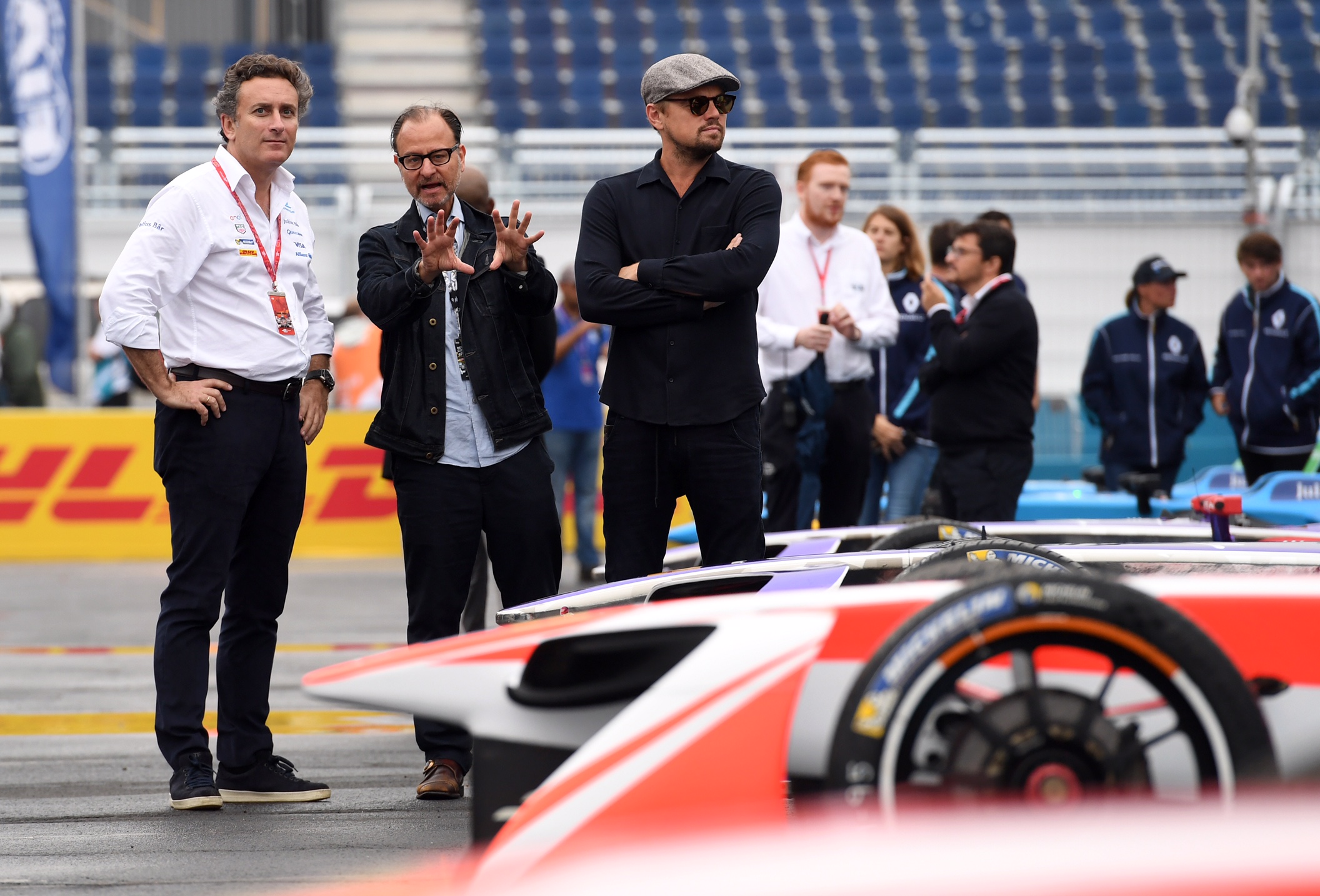 "Historically, it was always one of the events that pushed technology," said Padmasree Warrior, the former Cisco technology bigwig who became the U.S. chief executive of innovative EV company NIO in late 2015. (She’s also the chief development officer.)

Unfortunately, the lessons of the New York race weren’t exactly positive for Warrior’s developers. The NextEV NIO team’s cars were plagued with powertrain problems that forced its two drivers off the winner’s podium. The company has won kudos in the past: Its driver, Nelson Piquet Jr., was the first Formula-E champion. (You can catch my extended interview with Warrior on Episode 85 of the GreenBiz 350 podcast.)

Aside from geeking out about feeds — and speeds — with Warrior and the NIO race team, I spent a substantial chunk of time with Enel, the Italy-based utility company that was the event’s official "power" partner. The organization uses each race as a change to test energy storage, car charging infrastructure and its sophisticated energy management software — and to forget (for at least a moment) about limitations or standard operating procedures of existing transportation systems that could stifle out-of-the-box innovation.

"Even 20 seconds of rules can limit your brain," noted Ernesto Ciorra, Enel’s innovation and sustainability director, during a briefing before to the first race.

With rule-breaking in mind, here are three of my biggest takeaways from the two days I spent in Brooklyn’s Red Hook neighborhood, where the event took place.

1. You can think of these things as huge batteries

As you might imagine, a "pit stop" at one of the Formula E races is quite different from a traditional race with automobiles using internal combustion engines. Instead of refueling the car midway through the race, the drivers actually change vehicles — each one is allowed to use two, and they must switch at some point during the race. (Saturday’s heat was 43 laps; Sunday's was 49.)

What that means, of course, is that one of the driver’s roles is to manage the heck out of the battery capacity, using as much of a car’s capacity as possible before having to switch. According to the Formula E specifications, each car has a maximum power capacity of 200 kilowatts. The energy that can be delivered to the motor generator unit is limited to 28 kilowatt-hours. The EVs are still very fast: they can accelerate from 0 to 62 miles per hour in three seconds; their maximum speed is 225 kilometers.

One of Enel’s motives at the event was to test the limits of its energy management software, which was used to help monitor consumption throughout the event. It also uses these races as a venue to test how cars can contribute back to power grid running the event as energy storage devices when they aren’t being driven (or waiting to be).

Enel is laser-focused on the idea of using two-way vehicle-to-grid charging technologies to stabilize power grids and the integration of renewable generating sources.

During a briefing at the Formula E event, Ernesto Ciorra, Enel’s innovation and sustainability director, outlined a service that it’s creating in collaboration with technology startup Nuvve. By aggregating the batteries from EV owners, Enel offers virtual power plants that system operators can call upon to manage demand. When demand is high, the plugged-in vehicles offer energy storage. When there’s an excess of production from the renewable generating resources is when the cars will be charged. Given that most people use their cars only about two hours per day, the impact of these resources is not negligible.

Enel is researching this service in Denmark, the U.K., France and Germany. "We are the only ones in the world with this business," Ciorra said.

2. It’s about the driver and the passenger

The teams participating in Formula E are out to prove a lot of things, including how driving an EV changes the driver’s experience. It turns out that the quietness of the technology can be disconcerting and it really changes the track strategy, because engine sounds traditionally have helped drivers make decisions about acceleration, braking and how tightly to navigate a curve.

Now drivers are becoming veritable data junkies, watching metrics such as battery consumption and how much power they can gain back through the regenerative boost they might get from braking in certain ways.

NIO’s cars collect many metrics about the humans in them, and not just the person behind the wheel — using sensors, radar, computer vision technologies and other gadgets to do so. "It’s increasingly about the passenger experience, in addition to the driver experience," Warrior said.

What will NIO do with this information? Among other things, Warrior envisions a world in which the car isn’t just a "mode of conveyance" but rather a "digital living space" where the passenger might take a nap, conduct business or watch a movie. "If you fast forward, 70 percent to 80 percent of the car in the next decade or so will be a lot about software," she said. "The most valuable content will be digital. That’s a huge shift in the industry." 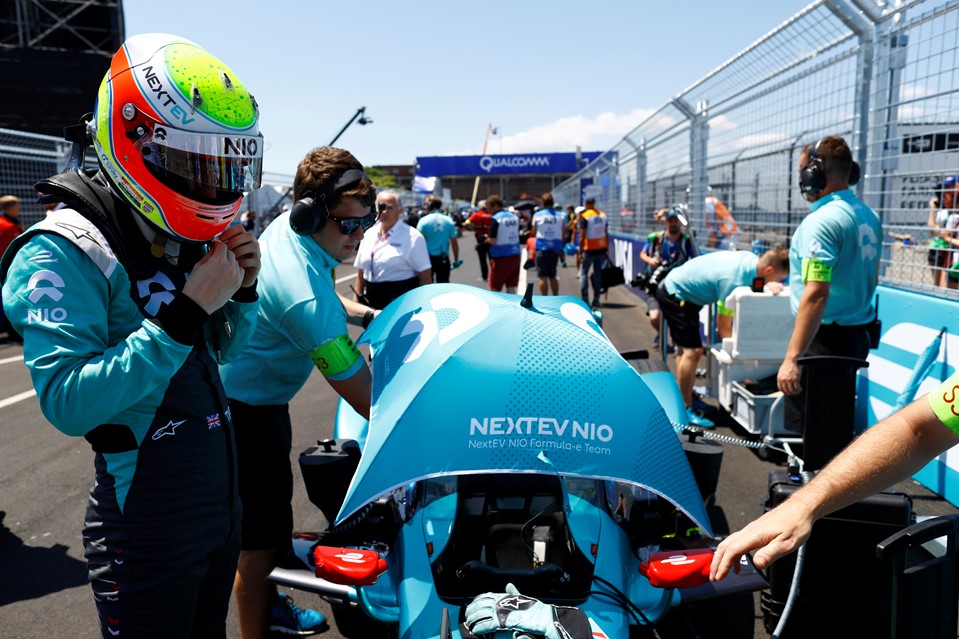 3. We can put people back at the center of urban development

Did you know that there are 30 parking spots for every person that lives in Houston?

That startling statistic was one of many from Gabe Klein, a former Zipcar vice president and expert on urban design and transportation who has worked on major projects for Chicago and Washington, D.C. It underscores just how profoundly car ownership has affected city planning. No one really knows exactly how many parking spots exist in the United States, but conservative estimates put the number at 500 million.

"When we get rid of parking, which is going to happen because of technology, imagine the value we could unlock, the affordable housing we could unlock," Klein said during a session about urban mobility hosted by Enel.

The rise of electric vehicles — not just cars — could encourage cities to put people first (again) when planning neighborhoods and transportation systems. For one thing, they could prioritize shared modes of transportation and pedestrian traffic, and set aside discussions about building more highways and roads.

One reason that China’s Shanghai, a booming metropolis that had a population of 24 million people as of 2014, has been able to grow so quickly can be directly related to the more than 1,000 bus lines and 329 (and counting) metro stations that rose up to support its development, Klein said.

The magnetic levitation train that connects the downtown with the airport can get passengers there in roughly eight minutes, compared with an hour if you choose to drive.

"Where you put your money, you get your benefit," Klein said. "A developer will not build a tall building without a metro station." Incidentally, within the next decade, the number of stations is projected to double.

[Learn more about Connected Transportation and Mobility at VERGE 17, from Sept. 19 to 21 in Santa Clara, California.]

Adding road capacity does little more than to encourage more people to drive on their own, he suggested. But when planners offer more amenities — retail shops, restaurants, entertainment — in a given neighborhood, there is less need to travel in the first place. For those who need to travel longer distances, shared fleets of bikes or electric cars could serve that need.

Isn’t the physical retail model dying, you ask? Not so fast. An example of what the future might look like is a model being tested by athletic apparel company New Balance and the 3-D printing company Formlabs, which together are testing ways to "manufacture" personalized sneakers on site in stores.

What happens to the roads or infrastructure we don’t need anymore? Many U.S. residents have heard of the High Line project in New York, which turned an elevated, abandoned subway line into a park that thrives with native plants and has inspired dozens of new local businesses along its length.

An even "bigger" example, though, comes from Seoul, South Korea, in the form of the Skygarden. Officially opened in May, the walkway reuses an abandoned 1970s motorway — and it’s open 24 hours a day. As Seoul city architect Young Joon Kim told the Guardian: "When you look at things over a longer period, it’s clear that citizens have car-free zones. It’s not a kind of taste, it’s the way to go, like many other cities."

The bottom line from Klein’s standpoint: "We’ve got to put people first in the mobility system." The fascination with electric vehicles — and where they will take us next — is jumpstarting those discussions again.