Plus, an electric vehicle adoption statistic you should remember.

It will surprise few readers that California is the biggest U.S. state for electric vehicle adoption by quite a wide lead, with more than 245,000 plug-in models on the road. Hawaii doesn’t even make the Top 10, but the island state stands out for another — perhaps even more notable — reason: it is second only to California in EV adoption per capita, according to data from research EV Volumes.

As of December, there were more than 5,000 EVs making their way around the islands, an increase of almost 28 percent from 12 months earlier, based on government statistics. That momentum helped inspire the launch of Drive Electric Hawaii, an alliance that aims to accelerate the electrification of the state’s transportation system.

There are all sorts of reasons that EVs make sense in a place where there aren’t any gasoline or diesel reserves and where range anxiety doesn’t run rampant. Cities and counties across the archipelago are making the link between electric transportation and Hawaii’s ability to reach its goal of being powered completely by renewable energy by 2045.

"This effort will play a meaningful part toward the Hawaii Clean Energy Initiative objective of increasing energy security and self-sufficiency by eliminating Hawaii’s dependence on imported fuels for both electricity and ground transportation," the organization wrote late last year in a memorandum of understanding released when the initiative launched.

But shepherding that transition will require breaking with traditional policies regarding land use, and allocation of infrastructure, according to a panel of experts last week at the VERGE Hawaii conference.

"The biggest thing we can do as government is make sure we can incentivize it," said Ed Sniffen, deputy director of the Hawaii Department of Transportation. "We can’t tell people what to do, but we can incentivize it by making sure the charging stations are there and by potentially putting in tax credits for it. It’s the best way to push the penetration."

For example, EV charging infrastructure is being deployed at airports across the region, laying the groundwork for changes to rental car fleets. They’re also being required as part of new developments and being encouraged at schools, Sniffen said.

Moreover, local startup incubator Element Excelerator is working with a company called Freewire Technologies, which makes EV charging stations that can be moved from location to location, to make charging infrastructure more broadly available. "That allows property owners and even utilities and government agencies to not have to put in the necessary infrastructure for a charging station until they know it’s really going to work there," said Aki Marceau, Hawaii projects deployment at Elemental, during the panel session. 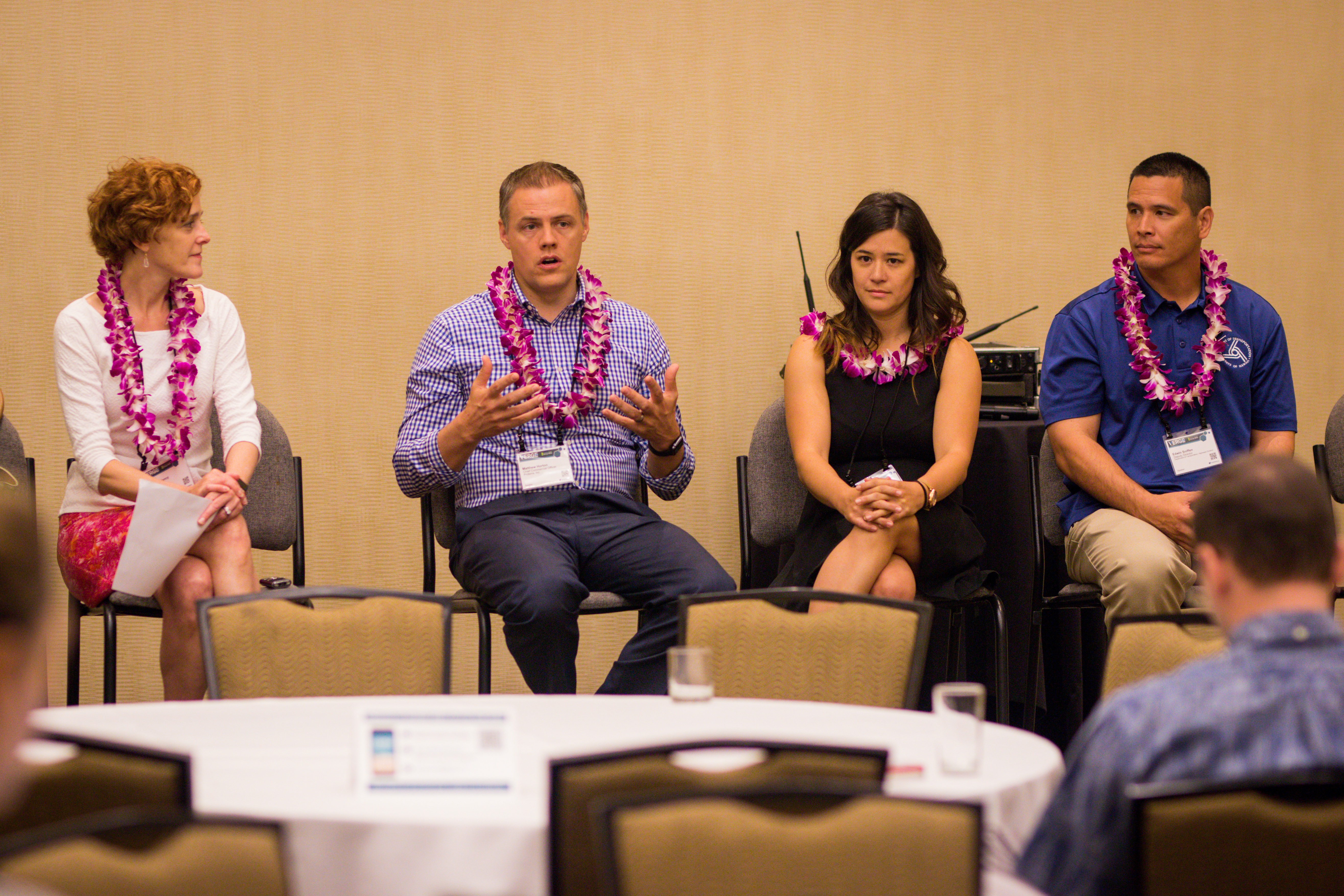 1. Give the people what they want

Flexibility will be key as Hawaii’s transportation evolves. That’s inspiring the rise of "multi-modal" transportation hubs across the states that provide access to everything from new electrified rail options to bikes to new bus routes to a range of private rental or ridesharing services.

Last week, for example, brought the launch of Honolulu’s ambitious new bikesharing program, which saw 1,000 bicycles deployed across about 100 stations across the city and state. The huge Honolulu Rail Transit project, which will link bedroom communities with the city’s core, is also using a hub and spoke approach. Eventually, the idea is that services moving in and out of the main center will link to hard to reach locations that aren’t currently covered.

"A holistic view of the transportation network is important," Marceau said. "I see equity as a huge concern moving forward, and I do see mobilization on this."

That strategy mirrors similar hubs rising up on the mainland United States, said Matt Horton, chief commercial officer of electric bus company Proterra. Mobile applications and online services that help commuters plan their trips will be crucial. "The easier we can make it for people to get around and switch between the modes, the more likely they are to use it, the more we can afford the investment to invest in more service," Horton said. "It really is a virtuous cycle there."

Making sure that all of these options can share the road, meanwhile, is a big concern for the department of transportation. "Figuring out a strategy of how all of these cars integrate with each other and exist together, that’s the difficult thing," Sniffen said. "So what we’ve focused on right now is making sure that in a three-year cycle, all of your lanes will be restriped. So regardless of what technology happens, semi-autonomous or fully autonomous, they’re going to use the lanes, they’re going to use the signage, so we’re going to make sure they’re solid. As we go forward, we’ll start talking about the signals to make sure they can talk to other cars."

2. View data from an integrated perspective

That approach requires a dramatically different approach to collecting and analyzing data. Encouraging travelers to use different ways of getting around will fall flat without effective mobile apps and information services that help them navigate their options, as well as compare their costs and pay for them more easily.

In theory, these services could be linked to real-time congestion information so that local agencies could reroute traffic of all sorts away from bottlenecks. Elemental Excelerator is working with software company Swiftly on apps of this nature. "Instead of static schedules, there’s more of a real-time view into what is actually happening," Marceau said.

Hawaii is also investing in more sensors on its highways so that it can collect much richer information about the origins and destinations associated with each journey. Whereas previously, this data might have been evaluated only by individual divisions within the department, it’s now being considered side-by-side.

A holistic view of the transportation network is important.

"Previously, we had a congestion program and a capacity program and a bridge program and a road program," Sniffen said. "All these programs were funded by separate apportionments for each, because it was a lot easier. I couldn’t tell you in the past which was more important in a certain area — the bridge in this area or the roadway in their area. So, I would put $10 million in bridges and $10 million in roads, and whatever project fills that it, it fills that. So in the end, you get this list of projects that are not necessarily the top priorities for the state. We’ve recently pooled all that data together to ensure we can measure those priorities across the fields."

That philosophy of collaboration also applies outside the agency. Aside from various private sector organizations, including the Hawaii Electric Companies, the Drive Electric Hawaii initiative brings together the transportation agency, the department of economic development and tourism, and the division of consumer advocacy.

"Many individuals, organizations and agencies must work together to achieve a clean transportation energy future. No one can do it alone," noted Shelee Kimura, Hawaiian Electric vice president for corporate planning and business development, in the press release about the initiative.

"I love this idea of integrating land use, transportation and energy," Marceau said during the VERGE Hawaii session. "The other piece I would probably add is equity."