From President Barack Obama in the White House to large corporations around the country, government officials and business leaders are beginning to embrace the ability of advanced technology to create opportunities to dramatically rethink the way we manage our resources. Cities large and small are at the center of this paradigm shift.

A report on Cities and the Future of Technology, released earlier this year from the President’s Council of Advisors on Science and Technology (PCAST), maintains that the nation and its cities should use technology not only to upgrade and transform aging infrastructure, but to fundamentally reshape the way cities operate. Doing so, the report explains, will save energy, reduce traffic and congestion, create more sustainable and competitive cities and bolster American innovation and competitiveness more broadly.

The nation and its cities should use technology not only to upgrade and transform aging infrastructure, but to fundamentally reshape the way cities operate.

"Smart cities" are communities that are building infrastructure to continuously improve the collection, aggregation and use of data to improve the lives of their residents by harnessing the growing data revolution, low-cost sensors and research collaborations, and doing so securely to protect public safety and individual privacy.

A cornerstone of smart cities is the growing prevalence of low-cost sensors and WiFi-enabled smart devices (from electricity meters to street lights and garbage bins to home appliances), otherwise known as the "Internet of Things" or "array of things."

Connecting these devices over the internet and letting them talk to people, applications and other devices can provide local leaders with much better data about needs within the community and can present transformational new solutions to addressing those needs.

For example, Chicago installed a network of interactive sensors to collect real-time data on the city’s environment, infrastructure and activity for research and public use. Their "array of things" urban-sensing project will essentially serve as a "fitness tracker" for the city, measuring factors that affect Chicago’s livability, such as climate, air quality and noise.

By 2020, cities around the world are expected to spend $20 billion on sensor technology, according to Navigant Research.

Cities across the nation and the world are using sensors and smart devices to transform every sector of public service.

Smart traffic management will enable car drivers to face less traffic jams, and real-time data will tell them which areas are busy. Traffic lights automatically could adjust to reduce congestion. Monitoring of vehicles and pedestrian levels can optimize driving and walking routes. Smart parking sensors could automatically alert drivers for free parking spaces and street lights could only be turned on if someone is approaching, saving a lot of energy.

Congestion relief in Los Angeles: Los Angeles uses data from an array of magnetic road sensors and hundreds of cameras feed through a centralized computer system to control 4,500 traffic signals citywide to help keep traffic moving. Completed in 2013, the $400-million system is credited with increasing travel speeds around Los Angeles by 16 percent, and shortening delays at major intersections by 12 percent. 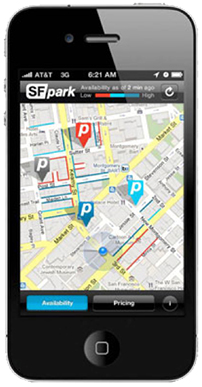 In 2013, two years after launching SFpark, San Francisco published a detailed report showing that the program had reduced weekday greenhouse gas emissions by 25 percent. Traffic volume went down, and drivers cut their search time nearly in half.

They achieved these results by adjusting pricing to incentivize drivers to do things such as park in less congested areas, or arrive at a parking garage before the morning rush and leave after the evening rush.

San Francisco also increased revenues by about $1.9 million by making it easier to pay for their parking. It turns out that, before SFpark, only 45 percent of drivers fed the meter during the work week. During the pilot, that number rose to 54 percent. The difference was enough to offset the revenue lost to decreased parking tickets.

Smart and adaptive street lights: The Los Angeles Bureau of Street Lighting has been upgrading the city’s street lights to LED bulbs for years, and are also attaching mobile sensors to the devices, enabling them to know what bulbs have burned out. In time, officials also will have the ability to brighten, dim, blink the lights and gather environmental information on an area.

Los Angeles has about 50,000 "smart street lights" operating around the city. The city plans to upgrade the remaining 110,000 lights with remote monitoring units and smart controls over the next few years.

CNN Money reported that Los Angeles has saved $8 million a year thanks to the new LED bulbs, cutting energy use by 60 percent. Without having to rely on reports from residents, staff are also able to replace lights that have burned out at a faster rate providing safety and quality-of-life benefits as well.

Florida Power & Light has one of the largest smart street lighting projects in the U.S., and plans to expand to nearly a half-million street lights that are networked and using energy-efficient LEDs. By switching to LEDs, they will need less energy to provide the same amount of light. Networking the street lights generates even more in savings. By being able to monitor and control each street light remotely, the utility can reduce its maintenance and operations costs.

Street-light projects that are networked typically pay for themselves two years faster than those that are not. Lastly, by using adaptive lighting, the utility company can brighten the lights when it needs to for safety purposes and dim them at other times.

Even emergency responders can have the ability to adjust the light levels. This flexible lighting further improves energy efficiency in addition to reducing light pollution.

Smart grids, smart phones, smart citizens: Smart cities that contain smart energy grids will be a lot more efficient with their energy. A smart grid will be able to manage all the electric vehicles that require energy. It will be able to sense the amount of citizens present in time and location and adjust lighting accordingly. Smart grids will help community buildings also save a lot of energy and become more efficient.

In Colorado, an Energy Engage Mobile app is at the center of Fort Collins’ smart grid efforts. The app enables users to track electricity, water or gas use in near real-time and view their estimated bill. The mobile-enabled web site displays account alerts and tips as well as price information, allowing users to see the current per-unit cost of electricity and shift usage to off-peak times to avoid higher energy rates.

"Envision Charlotte is an economic development differentiator for Uptown Charlotte, where about 40 percent of the region’s office space is located," said Charlotte Mayor Dan Clodfelter. "Lowering energy costs and showing a true commitment to sustainability makes us attractive to millennials, knowledge workers and companies that value cost savings." 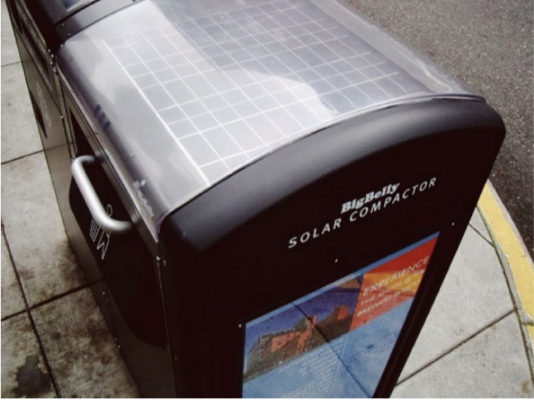 Thanks to sensors, cities could turn to preventative maintenance management, saving the community a lot of money in unnecessary maintenance. Apart from residents who can report damages on urban elements via smart phones, the infrastructure itself (from street lights to full waste receptacles) could inform the community that attention is needed.

Smart Trash Cans: Cities around the world are purchasing garbage bins with Wi-Fi  capability — and, in some cases, solar-powered trash compactors — improving efficiency and helping to make overflowing receptacles a thing of the past.

The sensor-enabled trash receptacles measure waste levels in public bins and compact trash to reduce overflow. The bins share the data with local authorities, allowing them to enhance efficiency by planning collection routes where and when pickup is needed. Los Angeles has added more than 330 high-tech garbage cans.

A new era of delivering services

A growing population and increasing stress to our infrastructure are causing communities to rethink how they provide services.

Emerging technology used in a responsible way (to protect privacy and data) can play a critical role to increase a community’s ability to achieve environmental goals, maintain and increase our community’s quality of life, and advance local economic competitiveness. Benefits include:

Local leaders should be considering ways that they can use new technology to improve the coordination and delivery of city services. 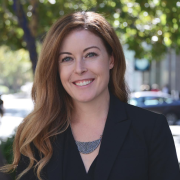