3 ways social media can power up utilities (and their customers)

If your McDonald's fries aren't crisp enough, social media offers ways to lodge a complaint — and get a response — while you're still in the drive-through. If the fashion site Net-a-Porter wants you to know culottes are in for spring, it can flood your favorite social media with the news. Important as fries and culottes are, they're not quite as important as power outages and service restoration. It just makes sense for your local utility to be as present, expert and available in social media as fast food chains and e-commerce sites.

Utility customers agree, and their social media appetite is growing. Two years ago, an Accenture study (PDF) found 30 percent of customers were open to interacting with utilities through social media, up from just 1 percent in 2010. In March, a Ventyx survey found the upward trend continuing.

54 percent of respondents say local utilities should use social media channels to share real time information and warnings on approaching storms, power outages and time until service will be restored.

Underlining the interactive value of social media, 50 percent say that in addition to receiving information from their electric utility about emergency situations, outages and repairs, they want to communicate with their utility through social media to ask questions, express opinions and add localized information that would help other customers in their community.

Historically, utilities are classic late-adopters of the new. They're incented to be risk-averse by the regulations and regulators that control the industry. Forget about social media — most utilities don't even have email addresses to send customers anything but their bills. Some utilities offer opt-in email programs for power-outage notifications, but in the nearly 50 percent of American homes without smart meters, in many cases utilities don't know you've lost power until you report it. 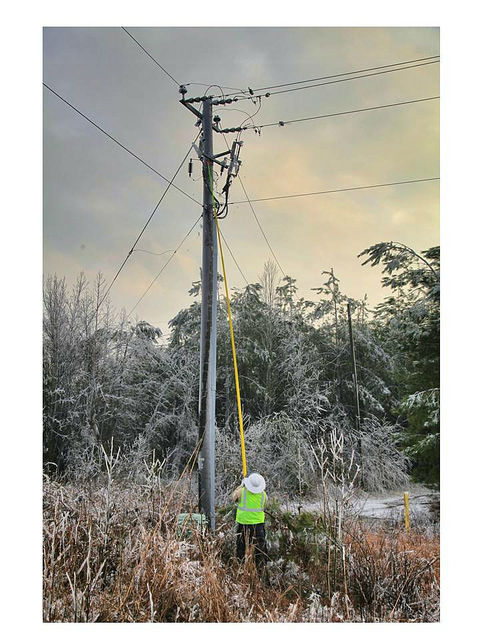 Spurred in part by the crises of major storms, the industry is catching up fast. A major storm in the Chicago area in July 2011, for example, switched on the social media light for ComEd, one of the largest utilities in the U.S. The storm left more than 850,000 customers without power. ComEd published information about outages and power restoration on its website and through phones, SMS text, email and faxes (yes, faxes), but in hindsight realized conflicting information was being pushed out in different channels, and that customers using Twitter amongst themselves had more timely and accurate information than ComEd itself.

The result was a new, multi-channel solution ComEd calls its Outage Communications System, powered by a component of Ventyx's Outage Lifecycle Management solution, which the utility describes as its "single version of the truth." Everyone inside ComEd and customers seeking information from ComEd through multiple channels, including mobile and social, get the same up-to-the-moment information at the same time.

Fifteen months later, in October 2012, Hurricane Sandy devastated a broad swath of the East Coast and left millions without power — and without good information about when the power was coming back. The six-state service area of Charlotte, N.C.-based Duke Energy escaped major damage, so Duke dispatched 3,000 workers to assist in power-restoration in the Mid-Atlantic and Northeast.

In addition to technicians, Duke also sent communications staffers, who worked alongside crews, posting updates and photos of the repairs on personal and Duke Energy social and website channels. The quality and real-time freshness of Duke's onsite tweets and posts prompted such major media outlets as The Wall Street Journal to use the information in its coverage of disaster recovery.

It's not that utilities don't get the potential value of social media. Of the 50 largest American utilities, 49 have active Twitter accounts, all have Facebook accounts and 15 have mobile apps, according to a new study by the Washington, D.C., research organization the Northeast Group. The problem in these early days is that utilities may not be offering much of value: less than 1 percent of customers follow their local utilities on Twitter, the same study showed. The ComEd and Duke Energy examples above hint at the promise of social media. And utilities could accomplish even more:

1. Customer-to-utility communication: Customers can post photos of downed power lines (as long as they stay at a safe distance) so utilities will know exactly what caused the outage and how to repair it fastest.

2. Social analytics: Monitoring and analyzing social media, utilities could pinpoint outages people are tweeting about, even if those tweets aren't being sent directly to the utility. Following social media trends by geography could alert utilities when certain neighborhoods are likely to adopt plug-in electric vehicles or rooftop solar, allowing the utilities to develop appropriate programs before they're needed.

3. Nudging customers to do the right thing: Utilities currently struggle to enroll customers in energy efficiency and demand response programs. Just promoting the programs on websites is too passive. Using social media to tell people "45 percent of the people in your neighborhood have signed up" would encourage more people to join.

As utilities awake to the full spectrum of value they can deliver through social media, they are partnering with such young, social-adept companies as Opower and Simple Energy, among others, not to sell fries or culottes, but to deliver truly important things: more efficient energy usage, faster outage repairs and customers empowered to manage and benefit from their relationship with energy and the utilities that provide it.

Phone image by Quka via Shutterstock. 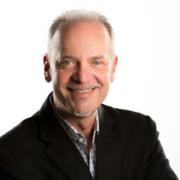 See all by Rick Nicholson