30 Under 30, one year later: Acclaim, aspirations and advice for Trump

30 Under 30, one year later: Acclaim, aspirations and advice for Trump

At least three are contemplating a run for political office. Many are shouldering far larger responsibilities, even if their job title hasn’t changed. All feel a stronger sense of urgency than ever that their mission as sustainability professionals matters — profoundly.

Since the inaugural GreenBiz 30 Under 30 list was published one year ago, the climate (if you will) has undergone a radical transformation. Just 12 months ago, federal support for the cause of sustainability seemed certain. Now, the rules are being rewritten, as President Donald Trump moves to abandon the historic Paris treaty on mitigating greenhouse gas emissions, calling it bad for the U.S. economy and isolating his nation from the rest of the world on this matter.

As the editorial team got better acquainted with the 2017 30 Under 30 honorees, we decided to check informally with last year’s class via email. Within a few short days, close to half of them obliged — optimistic that their chosen career is more relevant than ever. 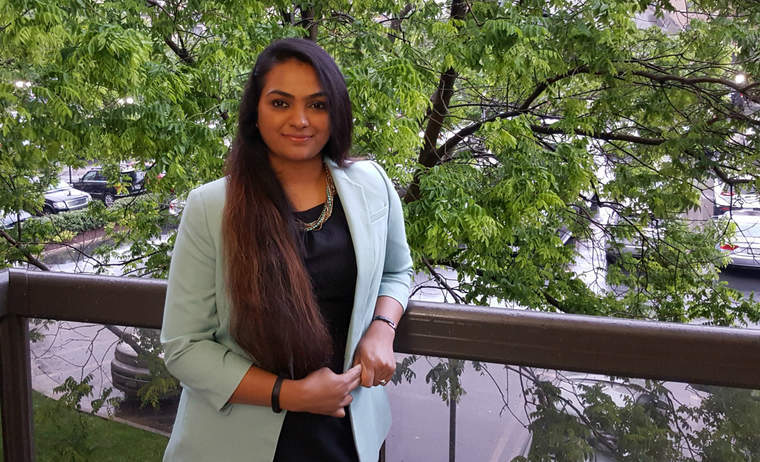 <p>Divya Nataranjan, Paladino</p>
"Since last November, I’ve felt the urgency and important of sustainability more sharply and more than ever want to ensure that progress continues," wrote Divya Natarajan, a senior project manager for real estate developer Paladino, from her vantage point in Washington, D.C.

"It was also a revelation to understand that not all perspectives are the same and even scientific facts are perceived differently, based on people’s exposure and education. Now, I feel it is more imperative to work with not only those who are already committed to sustainability but help convince and educate people who believe that the status quo will do."

Natarajan, an expert in both the LEED and WELL building certifications, believes it’s more important than ever for sustainability professionals — of all ages — to embrace their role as "change makers."

For Chris Castro, community energy manager and advisor for the city of Orlando, Florida, the political mood shift has inspired him to consider his career more as a way of life than just a job, "something that defines 'who I am,' not just 'what I do.'"

Some choice words for Trump

One question we asked the GreenBiz 30 Under 30 alumni to contemplate was how they would use a 10-minute White House audience with Trump — this was before Trump’s decision on Paris. Several who chose to answer, such as Hackensack Meridian Health sustainability director Kyle Tafuri (a big promotion since we met this healthcare sustainability professional last year), spoke of the need to present an argument for sustainability in an unbiased way. "Once the special interests are exposed on a lot of the reports we see out there, the true facts speak for themselves," he wrote.

Sasha Calder, who leads corporate social responsibility and engagement for Josie Maran Cosmetics, would arrive armed with a virtual reality experience and presentation about the massive amounts of money following clean energy, low-carbon technologies and socially responsible funds. "We’d spend the last few minutes of the meeting discussing the title of the reality show he will film about saving the planet," she joked.

I would love nothing more than to turn to my scientific background and educate President Trump on climate change, but for a multitude of reasons that would be an ineffective use of my 10 minutes. Instead as a daughter of two entrepreneurs, I would speak to him as a business man, which is where the Venn diagram of his wheelhouse and the urgency of green business overlap. Many executives have framed this better than I might, but where possible I would reiterate the benefit that climate action has on American businesses and the economy. Echoing the many voices that spoke out in full-page newspaper ads the week of May 8, I would stress how climate action allows us to move forward toward new and innovative technologies and allow us to compete internationally, while building market value and creating new jobs.

Other 30 Under 30 alumni, however, suggested that making the visit to the White House would be a complete waste of time. After all, "even the pope couldn’t convince Trump that focusing on climate change was key," observed Nikishka Iyengar, 27, sustainability strategist and founder of social business incubator Guild.

"I would skip my soapbox moment and instead spend my time rallying constituents in states (like Georgia where I live) to push their Senators and Congressmen/women to resist Trump’s agenda," Iyengar wrote.

Sustainability is something that defines 'who I am,' not just 'what I do.'

She’s not the only alumnus talking up the need to become more involved in local politics. Since we spoke with them last spring, both Castro and entrepreneur Lisa Curtis, the 29-year-old founder and CEO of energy bar maker Kuli Kuli Foods, said they’ve started thinking seriously about running for office (others less formally). "I think we need more people with a business background who care about the environment and social welfare to speak up," Curtis mused.

More weight on their shoulders

As these young professionals contemplate our collective future, many report that their sphere of influence has expanded in the past 12 months. In Orlando, for example, Castro is co-chairman of an initiative to make his community a proving ground for smart cities technologies. On the other side of the country in San Jose, California, Liz Lowe, Adobe’s innovation lead for sustainability and corporate responsibility, spearheads a job-creation program called Adobe Digital Academy.

"This last year, I’ve also spent time reflecting on what brings me the most sense of fulfillment and I’ve realized it’s a balance of being close to the end beneficiary, and the opportunity to influence long-term, strategic thinking," she reported. 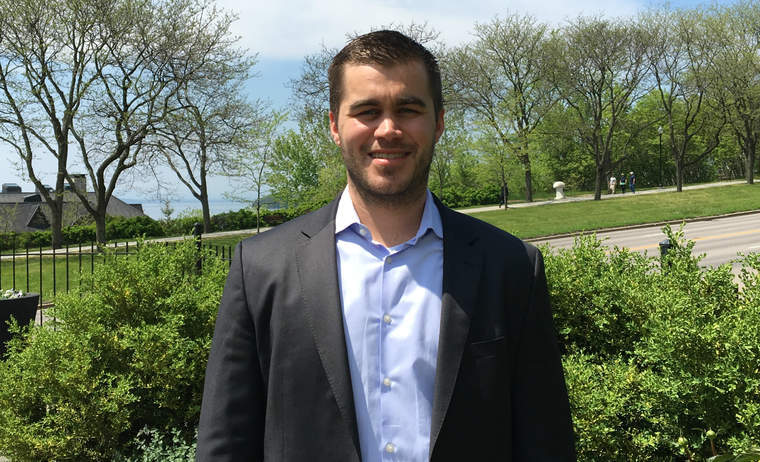 <p>Kyle Tafuri, Hackensack Meridian</p>
Tafuri — whose LinkedIn network doubled after he was included in the 30 Under 30 list last year — went from managing just one facility in New Jersey to being responsible for 13 hospitals, largely because of a big merger last summer.

"Sustainability is directly in line with the mission of healthcare," he noted. "The longer I have been in healthcare, the more opportunities I have seen for merging the two areas together. The costs of healthcare are out of control, and I truly believe that engraining sustainability into the core of each health system will start to move healthcare toward a prevention-based model."

Land O’Lakes sustainability manager Tai Ullmann, who described sustainability in the private sector as "more critical than ever," likewise is holding down a much larger job. During the past year, the dairy cooperative established a new division called Sustain that is charged with extending the reach of its initiatives "right back to the farm."

I’ve found it to be a great way to meet new people who want to know more about what I do as well as talk to more of my existing contacts about my passions and what I hope to achieve.

After last year’s 30 Under 30 list was published, many honorees found themselves thrust into a previously unfamiliar role — mentor to the many individuals, particularly students, who are mulling how to layer the principles of sustainable business into their own careers.

Natarajan said the recognition she has received since May 2016 have broadened and brightened her worldview.

"More than anything, I think being identified as a 30 Under 30 awardee has inspired me and helped me see a large community of young people who are committed to sustainability and are causing change in so many different ways," she writes. "In my everyday interactions, I’ve found it to be a great way to meet new people who want to know more about what I do as well as talk to more of my existing contacts about my passions and what I hope to achieve."

Where are they now? A status report on previous 30 Under 30s

Where our past 30 Under 30 honorees are today

The biggest GreenBiz 30 Under 30 career moves