Technophilic environmentalists, including myself, tout the 3D printing revolution as a boon that could eliminate waste in manufacturing. But is that really true? Even if it is true, does it matter compared to the extra energy used? And what about toxins — does it release more, or less?

No one has done this comparison before in a comprehensive, quantitative way, so some colleagues and I in the UC Berkeley mechanical engineering department set out to find the answers. The results were tricky and surprising.

First, let's bust a myth: 3D printing does not mean zero waste. There are many kinds of 3D printers, making things in very different ways; we measured two kinds. An "FDM" machine (such as a RepRap or Makerbot, sort of a hot glue gun with XYZ controls), actually can have a negligible percent waste, if your model doesn't need any support material to shore it up while printing. (That's a big "if.") But we found that an inkjet 3D printer (which lays down polymeric ink and UV-cures it layer by layer) wastes 40 to 45 percent of its ink, not even counting support material, and it can't be recycled. Other researchers studying other kinds of 3D printers have found significant waste in some of them as well.

To see whether 3D printing will be a sustainability win, we compared it to machining by a computer-controlled mill (starting with a block of stuff and cutting away everything you don't want). We only looked at machining things out of plastic, because that's what these FDM and inkjet 3D printers do. Let's be clear: most plastic consumer products are not machined; they're injection-molded. But 3D printing is not going to replace injection-molding for mass-manufactured products (plastic parts made in the millions). It is replacing machining for smaller runs (1 unit, 10 units, maybe 1,000 units). 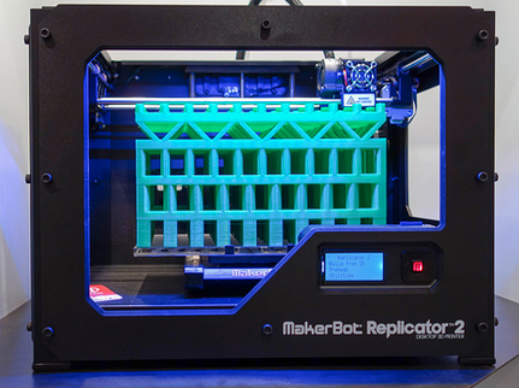 We compared them by doing a life-cycle assessment (LCA) of the two 3D printers and the CNC mill, including the materials and manufacturing of the machines themselves, transportation, energy use, material in the final parts, material wasted, and the end-of-life disposal of the machines.

One of the tricky parts of the study was that you can't just compare these machines' ecological impacts per year, or even per hour of usage, because they operate so differently. You might create a part on the CNC mill in half an hour that would take three hours to print in the inkjet. So, to make an apples-to-apples comparison between tools, we decided on two parts to make in all three machines, and calculated the ecological impacts per part per year.

Deciding on the winner was quite a horse race. First, we discovered that it's more about how you use the tools than about the tools themselves — any one of the machines producing a part once a week but left running the rest of the time had about 10 times the environmental impact of the same machine producing parts all the time (as close to 24/7 production as possible). This 10x difference was far bigger than the differences between machines, for most scenarios. So, the best strategy for sustainable prototyping is to share tools: have the fewest number of machines running the most jobs each. In cases like this, job shops legitimately can argue that they provide both economic and environmental advantage to their customers.

Once you're using each tool at high production rates, the FDM printer was the winner. It had half or less impact than the inkjet 3D printer, and around one-third less than the mill. However, each machine has a lot of variation, depending on how each is used — it helps to print 90 percent hollow parts in the FDM, print multiple parts at the same time with the inkjet, and start with as small a block of raw material as possible with the mill; it even matters how parts are oriented. As a result, comparing the inkjet vs. the mill didn't give a clear winner. The inkjet usually scored worse, but scored better for scenarios where it was run at maximum efficiency and the mill was not.

The FDM's lead was much clearer. In fact, when only making parts once a week, it still performed as well as inkjet and CNC machines running at high production rates, as long as you turn it fully off when you're not using it. This is good news for people using hobbyist-level FDM machines such as Makerbots. All of these rapid prototyping methods score worse than injection-molding (for which we just used stock data, not new measurements), but as mentioned before, that's not a fair comparison; we only include it as a benchmark. 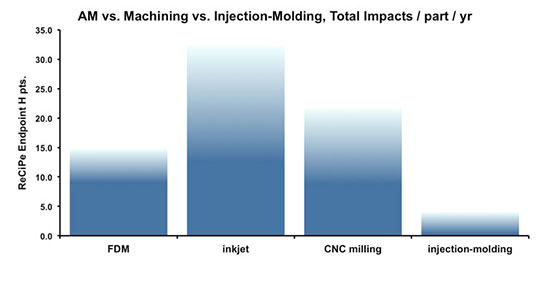 The graph above shows the results as single-score "points," fading out at the tops to show the degree of variation in results — each tool may score as well as the bottom of the fading, or may score as badly as the top of the bar, depending on the usage scenario and fundamental data uncertainty. These "points" are a way to compare the apples and oranges of different environmental impacts. Most LCAs of these machines only measure energy use, but that's not enough. For our high-usage scenarios, if we measured only energy use, the milling machine would score the best. But if we measured only waste, the mill would score the worst.

So, how do we fairly compare these, and other factors such as toxicity? We used an LCA methodology called "ReCiPe Endpoint H" that normalizes all these impacts — kilograms of CO2 parts per million of particulate matter, hectares of land and so forth — into the same units and then weighs them by severity. Single-score methodologies like this are definitely far from perfect, but having a credible scientific method to compare different impacts saves a product designer, job shop owner, prototype lab manager or other decision-maker (none of whom are environmental scientists) from comparing these environmental and health impacts by uneducated guesswork. To hedge our bets, we also ran the numbers with another single-score weighting system (IMPACT 2002+). Happily, we got the same results. 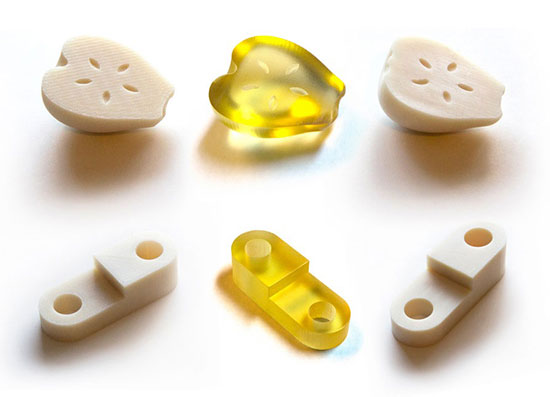 The 3D printers' impacts mostly came from electricity use, which is simply a function of time, so anything that reduces the time spent running also reduces eco-impacts. The mill's impacts were mostly from material use and waste, but energy use was significant too. The resources and manufacturing to make the machines themselves was a small portion of impacts when they run at high utilization, as shown above; but if you only make one part per week, those embodied impacts can be significant for the FDM and the mill.

The final verdict, then, is that 3D printing can be greener, if it's the right kind (FDM); but again, the biggest environmental win comes from sharing the fewest tools so each has the most utilization. If you want to know more, the full study (with far more detail in methodology and results, including breakdowns of impacts by source for all 22 scenarios studied) has been submitted to the Journal of Rapid Prototyping. Be patient, though; peer-reviewed academic publications take a year or more to get published.

(Many thanks to Lawrence Berkeley National Lab's Joint Center for Artificial Photosynthesis and UC Berkeley's mechanical engineering machine shop for the use of their tools.)

3D-printed image of Quadrifolium design by fdecomite via Flickr 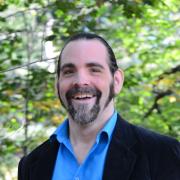