When it comes to climate change action at the local level, things are getting hotter — in the figurative and literal sense.

Hundreds of city-related announcements took place in the last two weeks as part of COP21, from award ceremonies honoring outstanding city leadership to reports showing how cities can bridge the global emissions gap (PDF). And we've previously covered some ways cities were leading at COP21.

It was hard to keep track, let alone make sense of it all. Here is a summary of four noteworthy announcements: what they mean; who’s behind them; and why businesses should care.

In a nutshell: A how-to-guide for cities that are seeking to make significant carbon reduction commitments.

Who’s behind it: The Carbon Neutral Cities Alliance, or CNCA, is a collaboration of 17 cities from around the world committed to reducing greenhouse gas emissions by at least 80 percent by 2050. CNCA is staffed by the Urban Sustainability Director’s Network (USDN) in partnership with C40 Cities Climate Leadership Group and the Innovation Network for Communities (INC).

What it does: The Planning Framework aims to increase understanding of how leading-edge cities are planning for long-term deep carbon reductions, and to enable local government leaders to take a more robust, consistent and comprehensive approach to carbon-neutral planning and implementation. The framework, introduced at COP21, formally will launch early in 2016, along with an online planning tool designed to help cities create and refine a plan for achieving 80x50 reductions. The 134-page framework is available (PDF) here, as is an executive summary (PDF).

Why should business care? There's a huge business opportunity in the 80x50 movement. CNCA director Johanna Partin framed it well: "It’s going to take a lot of work to stay below 2 degrees (Celsius), and most of that work is going to have to happen in our cities, since they account for 75 percent of global emissions. There are maybe 100 cities that have committed to deep decarbonization, but we're going to need thousands of cities to pursue carbon neutrality, and they’ll need a lot of help doing it."

In a nutshell: An introductory guide to city climate solutions.

Who’s behind it: The guide was produced by Sustainia, the Danish think tank and consultancy behind Sustainia100, in partnership with C40 and Realdania.

What it does: Cities100 elevates 100 successful climate solutions coming out of cities, demonstrating how city governments are taking action. Curated from among more than 200 submissions, the 100 solutions come from 56 cities across 10 sectors, ranging from energy and waste to adaptation and community engagement. Cities100 is available for free, to view online or download as a PDF.

Why should business care? This isn’t your typical suite of city solutions. The guide provides a data-driven yet story-rich summary of the 100 innovations. It’s worth the read to understand the challenges cities face and the multiple benefits of a broad spectrum of solutions — from financing energy efficiency upgrades in Boston to managing solid waste in Bengaluru.

It’s going to take a lot of work to stay below 2 degrees, and most of that work is going to have to happen in our cities, since they account for 75 percent of global emissions.

In a nutshell: A coalition of sub-national governments cutting a sort of side-deal saying, in effect, "We’re going to move further, faster and bring local governments with us no matter the outcome of these negotiations."

Who’s behind it: The LPAA is a joint undertaking of the Peruvian and French COP presidencies, the United Nations and UNFCC Secretariat, with initiatives focused on everything from agriculture and forests to transportation and innovation. Some of the LPAA’s internationally recognized initiatives related to cities and sub-nationals include the Compact of Mayors, Under 2 MOU and the Cities Finance Leadership Alliance.

What it does: A group of cities and regions from five continents, representing almost one-fifth of the world’s population, announced a Five-Year Vision to increase their climate action independent of international policy outcomes. These include:

Why should business care? The LPAA is direct with its asks and invitations to business: engage in cooperative initiatives; set individual targets around mitigation, resilience and finance; and engage in progressive public policy action to push for a price on carbon. This broad, ambitious, international coalition makes it easy to engage around any of its 14 unique initiatives focused on business, ranging from Responsible Corporate Engagement in Climate Policy to its Science-Based Targets Initiative. 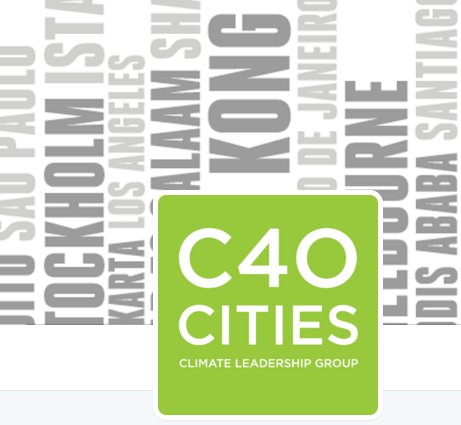 In a nutshell: A research report identifying 27,000 climate actions, including their financial implications.

Who’s behind it: C40 in partnership with Arup.

What it does: The report puts data behind the specific activities, programs, procurements and policies that cities can implement to accelerate their climate progress. It suggests that 2,300 of the most high-impact actions could be unlocked with just $6.8 billion in investment. After analyzing the challenges that mayors face in delivering on climate action, and identifying financing and political leadership as the two primary barriers, C40 also announced a new C40 Cities Finance Facility to unlock $1 billion of investments for sustainable infrastructure projects.

Why should business care? These research findings suggest that, in the vast majority of cases, the challenges cities face today cannot be overcome without partnership from the private sector, national government, regional government or civil society. As city action on climate accelerates, such public-private partnerships will be critical to their success.