4 keys to scaling up sustainable transport in cities

The world’s two-largest emitters have a lot to learn from each other — especially on transport.

Transportation is already a major source of CO2 emissions in both China and the United States — at 20 percent and 30 percent, respectively. The percentage of people traveling by car is increasing in Chinese cities, rising from 15 percent to 34 percent in Beijing between 2002 and 2013, creating air pollution and fuelling climate change.

It’s the reason officials and experts from the two nations came together at the recent U.S.-China Transportation Forum in Los Angeles.

... rethinking streets’ functions to be more multi-modal, multi-functional and focused on people rather than cars.

1. Learn from the game-changing pilots

Local "complete streets" campaigns are popping up throughout U.S. cities, rethinking streets’ functions to be more multi-modal, multi-functional and focused on people rather than cars. For example, New York City has created slow traffic zones and closed some of its streets to cars entirely. These low-cost solutions produce tremendous benefits, including increasing foot traffic and revitalizing neighborhoods (PDF). In Seattle, reengineering streets with permeable pavements and rain gardens helps manage polluted stormwater runoff.

Similarly, mandated by the Urban Road Design Code, Chinese cities have some of the most extensive cycling infrastructure in the world. With WRI’s support, the national government soon will introduce a safe station access manual designed to help cities make streets safer for pedestrians.

2. Set up the right performance metrics

The frequent failures of metro systems in New York City and Washington, D.C., suggest not only a lack of maintenance, but also inadequate performance metrics adopted by the transportation industry. For example, most transit authorities use a metric called "on-time performance," which notes whether a train deviates from its schedule, but not how late it is. This type of benchmarking creates an inaccurate picture of a system’s strengths and weaknesses, which prevents problems from getting fixed.

Similarly in China, WRI has worked with governments to employ transit users’ satisfaction ratings as a key performance indicator of transit service quality, as required by the national 13th Five-Year Plan. The ratings will help provide a comprehensive assessment of transit services that otherwise would be overlooked in traditional metrics, such as comfort.

Urban transport projects often involve multiple agencies, such as those dedicated to urban development, transport and law enforcement. As priorities, funding cycles and performance metrics of different agencies do not always align, working across silos is extremely important.

National programs are essential vehicles to accelerate the adoption of sustainable urban transport ideas at scale, and the momentum is gathering.

Building on these lessons, both countries can drive great changes in their transport systems. 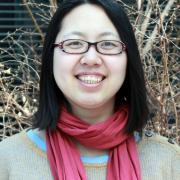 See all by Lulu Xue