<p>BrightSource Energy&rsquo;s new project is the world&#39;s largest solar thermal plant. But is it the best model for sustainable energy in the desert Southwest?</p>

But the jury is out on whether the massive complex, with 377 megawatts of net generating capacity, should be viewed as a model for emerging sustainable energy systems in the desert Southwest and other global sunbelt regions.

Built by Bechtel Corp., designed by BrightSource Energy and financially backed by NRG Energy, Google and the Department of Energy (DOE), the $2.2 billion project is an engineering marvel.

According to NRG, that's the equivalent of preventing 400,000 tons of carbon-dioxide emissions a year. Additional benefits include the creation of 2,636 jobs during the project's construction and an estimated $300 million in state and local tax revenues over the life of the project. 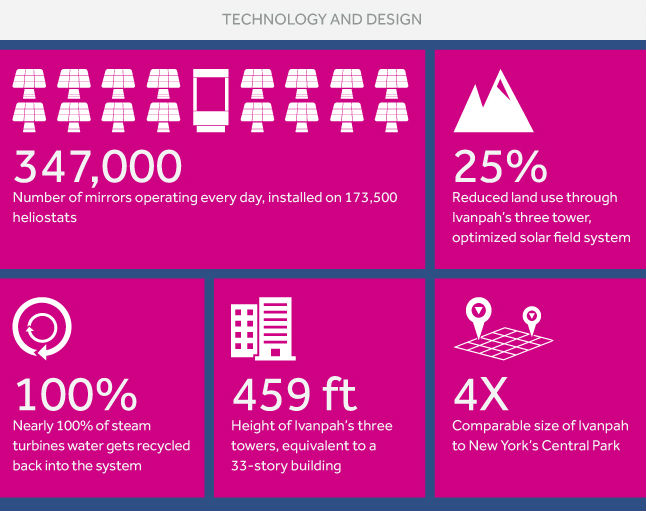 So why are so many media sources — including The Wall Street Journal, The New York Times, the San Francisco Chronicle and Reuters — reporting that the landmark project may be both the first and the last of its kind in the Golden State?

Here are four good reasons why:

1. Burned birds and other ecological impacts

The amount of land required for very large-scale solar projects such as Ivanpah presents a daunting array of environmental concerns, ranging from wildlife to water to Native American artifacts. These were vetted in years of proceedings at the California Energy Commission (CEC), the state's thermal power plant licensing agency, in cooperation with state and federal agencies. The fact that Ivanpah is on federal property under the administration of the Bureau of Land Management added another layer of regulatory complexity involving land use.

To minimize water use in the desert — and in a drought-prone state — Ivanpah scored big points with regulators and environmental groups by relying on air-cooled condensers to reduce water usage by 95 percent compared to wet-cooled solar thermal plants. A significant volume of groundwater, however, is drawn from a well and used to wash the project's 347,000 mirrors regularly. But a nearby golf course still uses more water than Ivanpah, according to BrightSource. 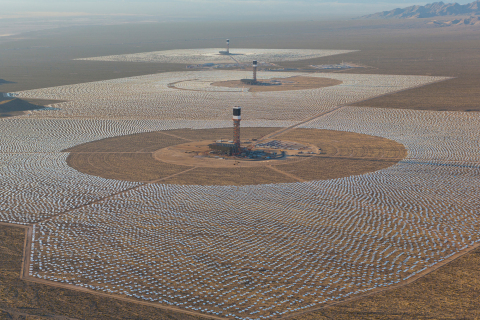 Wildlife concerns may be the bigger environmental problem. While relocation of desert tortoises emerged as a major issue early on, forcing Bechtel to temporarily halt construction at one point, avian impacts may have a bigger effect in the end. BrightSource's regulatory compliance filings with the California Energy Commission show 150 bird mortalities at Ivanpah through December. That's even before the project started full commercial operation. Many deaths apparently were caused by flight through the concentrated solar flux, burning feathers and beaks, while others resulted from blunt-force trauma by crashing into mirrors — which water birds may be mistaking for a lake or pond.

NRG CEO David Crane has called the bird kills a non-issue, according to Greentech Media, pointing to more prolific bird killers such as windows and domestic cats.

But California energy regulators are not taking the issue so lightly.

In fact, the CEC in December proposed to deny (PDF) BrightSource's petition for another power tower in California — the 500-megawatt Palen project — mainly because of regulators' concern over solar power tower flux danger to avian species. Regulators also have their eye on bird kills at other large-scale solar projects (PDF) relying on photovoltaic (PV) and parabolic trough technologies.

Unlike Abengoa's 280 MW Solana Generating Station in Arizona, which came on line in October, and SolarReserve's 110 MW Crescent Dunes Solar Energy Project undergoing commissioning in Nevada, Ivanpah does not include energy storage. Both Abengoa and SolarReserve store concentrated solar radiation in molten salts, providing valuable energy production during evening peak hours. Solana provides up to six hours of power after the sun goes down, while Crescent Dunes is designed to offer up to 10 hours of storage.

Recognizing the economic and reliability benefits to utilities of solar thermal energy storage — including as a way to address the rising volume of intermittent photovoltaic (PV) and wind energy generation on the grid — BrightSource has added molten-salt storage in subsequent proposals in the Southwest.

Although Ivanpah's power supply contracts are confidential, California Public Utilities Commission (CPUC) documents show that the contract price is "at or below" 12.5 cents per kilowatt-hour before time-of-day adjustments. 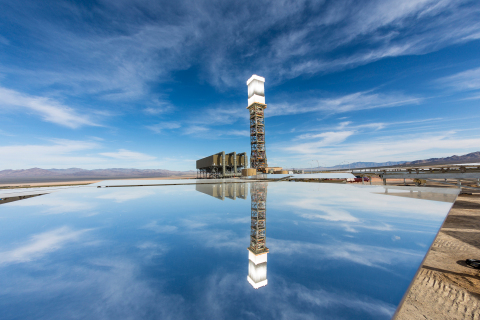 While BrightSource probably was cheaper than utility-scale PV projects when the contracts were signed in 2008, this is no longer the case.

Medium-sized PV projects in California today also are hitting lower prices than Ivanpah. For example, the CPUC in 2013 approved 23 separate PV projects up to 20 megawatts in capacity each at a weighted average price below 8 cents per kilowatt-hour, after time-of-delivery adjustments.

Given that PV already has achieved about 10 times the scale of solar thermal in terms of total deployment, and that price reduction in PV seems to be accelerating, it will be difficult, if not impossible, for BrightSource to win bids for large-scale projects in the region with prices at or near Ivanpah's.

Moreover, PV cost reduction is helping to create new opportunities for small-scale distributed solar power at residential and commercial buildings. Eventually, it could emerge as a disruptive force to the traditional utility business model, and affect procurement of large-scale resources, including solar thermal power.

4. Victim of its own success

According to a CPUC report (PDF), based on current contracts, California utilities are well on the way toward meeting their mandate of 25 percent renewable energy by 2020, and interim requirement of 25 percent by 2020. This is because companies such as BrightSource and its partners succeeded in early bidding rounds.

Now BrightSource has delivered. Ivanpah is on line. But what's next?

To date, no BrightSource follow-up project has been licensed, financed or started construction in California or anywhere in the Desert Southwest. Renewable energy mandates almost are certain to increase over time, creating new opportunities. However, given the multi-year construction phase of large-scale projects such as Ivanpah — which required three years to build — it would be 2017 at the earliest before BrightSource's next project in the region comes on line.

Will the world's largest solar thermal plant be a blockbuster success or failure?

Top image of heliostats via BusinessWire