After months of anticipation, the Obama administration this month released its new methane emissions strategy — a plan that opens up new opportunities for industry writ large, and especially for operators that want to cut waste and get ahead.

The centerpiece of the strategy are imminent rules that will help us meet a new national goal to reduce harmful methane pollution from oil and natural gas operations by 45 percent by 2025.

But the rules also bring direct industry benefits. Here are four reasons the new methane emissions strategy is a boon, rather than bane, for America’s $1.2 trillion oil and gas sector:

1. It tackles $1.8 billion in annual waste and adds market certainty

Leaky infrastructure and unnecessary venting across the oil and gas value chain cost an estimated $1.8 billion in wasted product and lost revenue annually.

The new rules require companies to include up-to-date controls as they build out new and modified infrastructure, keeping gas in the pipeline while making new facilities more efficient.

Research shows such investments would cost industry no more than a penny on average per 1,000 cubic feet of natural gas produced, and even save money in some cases.

As Goldman Sachs has pointed out, methane regulations are needed to address investor concerns and unlock job creation and the most positive future for this American fuel.

Yes, as popular as the trend may be with consumers, today’s low oil prices cause economic pain for producers, and some operators are cutting back on costs.

But executives with vision beyond the next quarter can see that small, short-term investments in emissions reduction technologies and practices are part of the longer game.

2. It builds goodwill and trust = good for business

Recent polling by the American Lung Association found that while less than a quarter of Americans have a favorable view of the oil and gas industry, two-thirds support new federal limits on methane emissions.

Hydraulic fracturing bans in New York and Denton, Texas, reinforce that industry simply must do more to earn public trust.

Getting behind well-designed policies — and engaging in a collaborative way with the administration throughout the rulemaking process — is simply good business.

"Just say no" is not a credible position; it's time for the industry to show what it's for.

3. It sorts winners from losers

You can tell a lot about a company by how far its environmental strategy goes beyond mere compliance.

This first iteration of the national methane rules will set requirements only for new and modified infrastructure. To achieve the national target, existing sources will need to be regulated as well, and indeed, they already are in Colorado and parts of Ohio.

Speed defines winners and losers in this industry.

Leading companies will get ahead of the curve — and of their competitors — by bringing existing facilities up to the standards of new facilities before they’re required to do so.

Companies such as Southwestern Energy have demonstrated a drive to excel with their use of infrared cameras for leak detection and repair, among many other control strategies.

Others such as EQT Corp. responded to last week’s announcement, saying, "We are committed to … even go beyond the White House’s focus of only new and modified emissions sources by targeting potential emissions at existing sources."

4. It can help operators attract new talent in a competitive field

There is a well-known battle for talent in the hyper-competitive oil and gas sector. As environmental concerns swell — particularly for skilled young people in the labor force — companies can seize competitive advantage by supporting solutions-oriented environmental policies of which employees can feel proud.

With the methane strategy now announced, companies in the oil and gas sector face a choice.

They can seize an opportunity and help build a clean energy future. Or they can cling to old ways of doing business that fuel uncertainty and lingering doubts about license to operate. 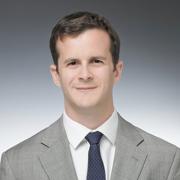 See all by Ben N. Ratner