By Network for Business Sustainability

Whether you’re talking lighting retrofits, zero-waste factories or carpool incentives, most modern companies have some form of environmental initiative. Corporate environmentalism has gone mainstream, and those leading the way are not the least bit "alternative:" They include Dupont, IBM, Walmart and Walt Disney. Many of the programs being rolled out save money. Many engage employees and customers. As more companies work to reduce energy use and waste, and integrate sustainability into their strategic planning, what’s not to like?

Simply put, these actions will not lead us to sustainability because they won’t meaningfully address climate change, our generation's most pressing environmental challenge. Without much more substantial action, global temperatures will likely increase 6 degrees Celsius by 2100, with what International Energy Agency officials call "devastating consequences for the planet." A rise of more than 2 degrees Celsius will result in crop failure and melting glaciers, but the International Energy Agency warns us that "the door to a 2 degrees C trajectory is about to close."

Close that door, and many businesses will suffer in myriad ways. Storm-lashed customers will have cash flow problems. Supply chains will be disrupted. There will be new conflicts over water, resources and human migration. The very physical integrity of factories and buildings will be threatened.

Businesses need to engage with government

So while it seems "sustainable business" has blossomed, the environment reminds us that we’re failing to address the key sustainability issue -- climate change -- at anywhere near sufficient scale. Operational greening programs are necessary but hardly sufficient: They don’t address the scale of the problem. Since climate change requires a systemic solution that only governments can provide, firms serious about sustainability have a critical role well beyond greening their own operations. They must spur government action.

Few firms are doing so, but nobody seems to have noticed. Most green scorecards, corporate strategies, media and shareholder analyses of business and the environment focus almost entirely on operational greening and policies. They ignore the need of companies to affect the broader debate on climate.

So what does meaningful corporate leadership on climate change look like? Recall that our largest environmental problems have never been solved by businesses volunteering to do the right thing. Government has always played a role, as when the U.S. Congress amended the Clean Air Act to address acid rain, and when governments around the world ratified the Montreal Protocol to stop ozone depletion. And since government responds to political will, companies must become activists. We advocate a four-step program for corporate leadership on climate change.

Step 1: Lobby. Corporate leaders should directly lobby for sweeping and aggressive legislation to impose limits on greenhouse gas emissions, such as a carbon fee and dividend program like that adopted by British Columbia.

Such laws must be meaningful and national, not piecemeal and token. So while Canada deserves credit for implementing some climate policies in some provinces, those policies tend to be weak (like Alberta’s carbon tax) and outweighed by opposing policies, such as the government’s push to develop and export carbon-intensive tar sands through the Keystone XL pipeline.

Indeed, Canada is a target-rich environment for companies willing to promote climate policy. A survey by Climate Action Network reported that Canada has the worst climate change policy of all wealthy nations, and the fourth-worst among all nations, ranking 58th out of 61 countries (ahead of only Kazakhstan, Iran and Saudi Arabia). The Keystone pipeline would be an obvious target in Canada for corporate lobbying.

While there hasn’t been robust corporate activism on climate in Canada, businesses interested in collaborative action can now join the newly-created Council for Clean Capitalism. Canadian companies can also join business coalitions in the United States, like Business for Innovative Climate and Energy Policy (BICEP) and the American Sustainable Business Council.

Step 2: Align your trade groups. Because many industry associations have stymied climate policies, CEOs should insist that their trade groups stop opposing such policies and resign from groups that continue such opposition. Pacific Gas & Electric, Apple and Nike showed this sort of leadership when they publicly resigned from the U.S. Chamber of Commerce over its opposition to regulating greenhouse gas emissions. Companies will begin getting called out for the inconsistency between adopting a beneficial climate change policy for their own operations while funding groups that undermine climate policy.

Step 3: Leverage your supply chain. Business leaders should require their suppliers to assess their climate impact and set public targets to reduce greenhouse gas emissions. More than 50 companies are doing just this with over 1,000 of their suppliers around the world via the Carbon Disclosure Project’s Supply Chain Program. As more buyers pressure suppliers to assess and reduce their carbon impact, suppliers are responding by sharing their greenhouse gas emissions and targets.

Managers selecting suppliers should heavily weight their support for climate policy. Promoting supply chain action builds climate awareness, and can be especially important in countries where companies can’t directly influence government policy. It is also an influence-multiplier, which can dramatically extend a company's reach.

Dell and Walmart are effectively doing this. Are they doing enough? No. There simply aren't enough companies pressuring enough suppliers to achieve the scale necessary to meet the 2 degrees Celsius target. Taking a public stand on climate policy is vastly more important because that can lead to binding government policies that can achieve the 2 degrees Celsius target. And Dell and Walmart's efforts work on this front is limited or nonexistent.

Step 4: Market your efforts. Companies engaging in steps 1-3 should communicate what they've done to help customers and suppliers appreciate their leadership, like Starbucks has. This marketing is a form of climate education, and might inspire other businesses to join them in taking these steps.

Why aren't companies doing this? After all, even a limited understanding of climate science reveals the clear and present danger posed by climate change. One reason is that big money from corporations and interest groups opposed to climate action has fogged the glass, confusing people on the science, in the same way the tobacco industry confused people about the risks of smoking.

Another reason is that companies make money selling their products and services, and tend to avoid distractions from that key mission. Climate is seen as secondary in importance, global in scale, and a future risk. It doesn't stand much of a chance when compared to policy issues that affect today's bottom line, like trade policy or health and safety regulations.

But climate must move to the top of the priority list. Companies with sustainability initiatives that remain silent on climate are dodging the critical environmental issue of our generation. Corporate environmental leadership today means engaging aggressively, even uncomfortably, to promote robust climate policy. 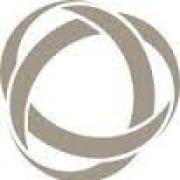 See all by Network for Business Sustainability