The New York City High Line is a section of the New York Central Railroad, an elevated freight rail line, located in the Chelsea neighborhood of Manhattan. It was under threat of demolition until 1999, when the community-based organization Friends of the Highline began a campaign to preserve it.

Today the Highline is an iconic urban green space that has inspired cities around the world to incorporate the built as well as the natural environment in their economic development plans, allowing them to combat blight and foster urban renewal while at the same time being environmentally friendly. Indeed, the High Line, the Atlanta BeltLine, the 606 in Chicago and many other projects have documented economic improvement in the surrounding area.

However, there’s another side to the story.

You’d be hard-pressed to find someone who will state openly that combining economic development with sustainability is bad. But we need to ask: What is "good" — and for whom? In too many of these cases, supposedly sustainable urban economic development projects have led to gentrification. Instead of improving the neighborhood for the people already living in the area, the project improved the neighborhood for people moving into the area.

In the case of the High Line, a gritty neighborhood with locally owned businesses was replaced with shiny, reflective high-rises and boutiques, and property values soared 103 percent in the vicinity. In Atlanta, property values rose 50 to 60 percent within a half-mile of the BeltLine from 2012 to 2015, compared with 30 percent elsewhere in the city. And for Chicago’s 606, property values have grown more than 45 percent since the project broke ground. In all cases, local residents were displaced because demand for housing outpaced supply, resulting in increases in rent and other expenses that exceed what they could afford.

Fortunately, we can use strategies to ensure that urban areas affected by blight and economic downturn can implement environmental projects without resulting in environmental gentrification.

First and foremost, developers should engage community members to include their needs and wants.

First and foremost, developers should engage community members to include their needs and wants. In the case of the Newtown Creek Nature Walk in Brooklyn, New York, a community-based organization called the Newtown Creek Alliance ensured the historically Polish neighborhood retained its character and culture.

Second, social justice needs to be explicit. The impetus to conduct environmental projects has not corresponded with an impetus for socioeconomic justice in the same areas. The same effort given to capital financing and marketing strategies should also be given for inclusion. Contractors and the like should set up offices within the neighborhood to make themselves accessible to the community. Furthermore, participation should not be limited to paint color or other binary decisions. Local people should be included in decisions beyond design aesthetics.

Third, in implementing projects we need to distinguish between economic development and economic growth. Economic development is a policy intervention to raise the economic and social well-being of people, whereas economic growth is market productivity and rise in GDP. As Harvard economist Amartya Sen says, economic growth is one aspect of the process of economic development. Projects need to align with economic and social needs of the area — for example, to favor childcare and supermarkets over gallery space and artisanal coffee shops. Planners and developers should understand and incorporate the needs of those who live there and that of investors, not just those who visit because the project makes somebody’s trendy top 10 list.

Finally, developers need to keep front and center two questions: "What is the intended result?" and "For whom?" In the case of Newtown Creek Nature Walk, the project was for the neighborhood, not for tourism or the cover of a landscape architecture magazine.

Environmental gentrification is a new twist on an old problem. When designing and implementing green development projects, we must consider carefully who will be affected and how, and make sure those who live there benefit the most. 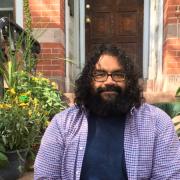 See all by Manohar Patole