2013 was the year of social media sustainability. No longer does "stakeholder engagement" mean personally contacting a list of 500 "sustainarati" experts. Today you’re expected to throw open your doors to millions of consumers, staff and affected communities online — none of whom will quietly listen to your CSR story, but rather want to tell you their own.

We used to speak of the "goldfish bowl" of transparency, where everyone can see everything. Now sustainability communications on social media is like a market bazaar where everyone — from individuals to multinationals — gets the same amount of space to set out and sell their wares.

So here are a few honorable (and dishonorable) mentions for those catching my eye in the noise and bustle of 2013 and my predictions for what will stand out in the 2014 marketplace.

Behavior change and sustainable consumption was the hot-topic of 2013, so it’s unsurprising to find so many change campaigns popping up online:

This Facebook driven campaign challenged parents to cook healthy meals with their children and post a video of how it went. More than 700 videos were submitted and some are hilarious, nearly 60,000 votes were cast and Uncle Ben’s Facebook "likes" increased by 84%. Well cooked.

Unexpected call from a car manufacturer to ‘get off the highway’ and take photos of your family frolicking in nature. Run through Facebook, Twitter, and Instagram using the hasthtag #exitthehighway, 8,000 photos came in over 2 months and 48,000 people pledged to exit the highway.

The granddaddy of behavior change, with (purportedly) billions of us taking part. In 2013 they went big on social with an integrated campaign across Twitter, Instagram, Pinterest, Facebook, Vimeo and Youtube (plus a few I probably didn’t notice). This year Earth Hour enjoyed a 50% uptick in tweets from previous years and a deluge of Instagram pics.

Prediction for 2014: Social media campaigns to change consumer behaviors will take over sustainability in 2014. This is my No. 1 predicted trend. The most successful will link up social media, Big Data and digital technologies to really dig into behavioral psychology, rather than just making a reputational splash on Pinterest. Think Nest Labs and the Nike Fuel Band. 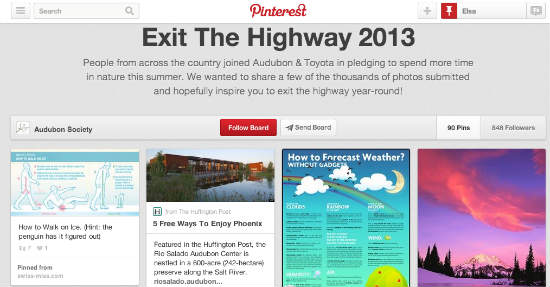 Twitter debates are cheap, fun and open to anyone (who’s on the right timezone).

This was just one of Unilever’s Twitter events this year, but the Q&A with Chief Sustainability Officer Gail Klintworth was a top worldwide trend May 17.

Wal-Mart deserves an honorable mention for reactivity and openness. Although the whole thing could move to social media rather than a controlled blog.

Prediction for 2014: Twitter debates will become so numerous that we’ll run out of hashtags (especially as sustainability has 14 characters).

Where to begin? From #GivingTuesday to the Upworthy phenomenon — communities of interest, cause related marketing and awareness raising campaigns were the first and still the best at social media.

Two corporate campaigns that prove how good, and bad, these can be:

This is possibly my favorite campaign of 2013. Dutch fashion brand SuperTrash launched a campaign to support charity STOP AIDS NOW by staring at shapely legs. As you can imagine, this campaign owned Facebook. #NSFW if you know what I mean.

Possibly the worst campaign of 2013. Grape juice company Welch aimed to create the world’s longest Vine video to help families in need this Christmas. They created a great USG advert of people drinking juice in one massive mashup.

Not bad, except that once consumers have made all the effort, then Welch’s donates a bottle of sparkling juice to at-risk families. Happy Christmas.

Prediction for 2014: The NGOs will continue to own this space. Greenpeace’s Arctic Campaign was omnipresent on social media throughout the year, for instance. Corporates will keep trying. 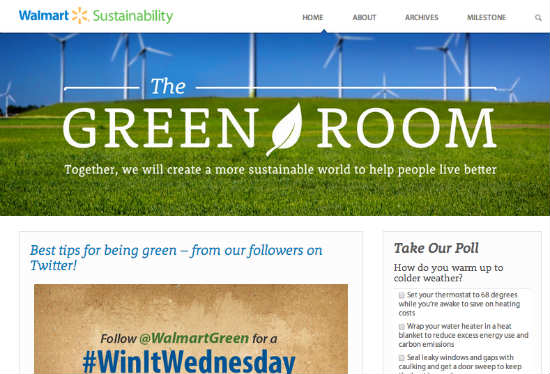 CSR Reporting and social media are a match made in heaven. On paper. In reality it’s hard to find outstanding examples of transparency truly using social media.

Back in 2012, Maersk shipping line set the standard. One of its ships unintentionally killed a whale in June, and it used social media to reveal, update and even post photos of the incident. Today its Pinterest Board in memorial of the whale has more than 650 followers.

Southwest Airlines used the same transparency tactics when one of its planes crash-landed in New York in July 2013 — responsive, honest and fully transparent. It’s what social media does best.

Prediction for 2014: A company will start social media reporting properly, and everything will change.

But my biggest prediction for 2014? That within one year social media and sustainability will be so ubiquitous and integrated that you won’t be seeing articles about it.