Blockchain technology shows promise for sectors ranging from banking to logistics. In the world of sustainability, it's being considered for applications from energy trading schemes to supply chain transparency to food safety. However, as people envision hope-filled plans for how it could change the world, they often overlook blockchain's non-sustainable energy consumption.

Discussions of that downside typically center on the electricity consumption used for cryptocurrency mining — which uses almost as much energy per year as Ireland. It also doesn't help that cryptocurrency miners invest in more powerful and resource-dependent computer equipment to succeed compared to their peers.

1. Move away from the proof-of-work validation method

Proof of work is a validation method that prizes computing power and resource usage. As cryptocurrency miners' computer power goes up, so does their mining power. When people solve the mathematical challenges that allow them to validate blockchain transactions through proof of work, they get rewarded with more cryptocurrency.

However, some people in the cryptocurrency sector want to instead use proof of stake or authority to validate entries on the blockchain. Bitcoin researcher Alex de Vries is a supporter of the proof-of-stake method.

It involves giving a person validation or mining privileges that relate to how many cryptocurrency coins they have. People taking part in the proof-of-stake validation method have to surrender cryptocurrency to do so, similarly to holding them in an escrow account. If people fraudulently validate a transaction on the blockchain, they lose their staked coins — as well as the ability to approve future blockchain entries.

Then, proof of authority only allows a selected number of people — usually 25 or less — to validate blockchain transactions. These individuals are people viewed as trustworthy, according to the consensus of everyone able to access the blockchain. This consensus method is most common on private blockchains, such as the sort that would be built to handle specific energy trading schemes or verification of sustainable business measures being taken across a supply chain.

Here, people put their reputations on the line. Those who maliciously validate a transaction lose their status within that group and forfeit the chance to perform any further validations.

The Energy Web Foundation (EWF), for example, is designing a proof-of-authority consensus method of confirming blockchain content. It wants to use the blockchain to support distributed and renewable energy sources.

Using blockchain in the energy sector handles both the regulatory and technical needs in that industry. EWF wants to have at least 1,000 energy authorities participating in this blockchain. It's devising a governing plan to eliminate bad actors, too.

The possibilities above relate to how a blockchain operates. However, some efforts to reduce blockchain energy consumption take a different approach. They aim to use blockchain to promote energy-efficient ways of getting around, such as electric vehicles. Then, the blockchain spurs people to adopt eco-friendly, environmentally conscious behaviors that help offset the energy used.

However, the lack of infrastructure is one of the main barriers that makes people hesitate to invest in electric cars. They may live in cities that don't have many or any electric charging stations. If people take frequent road trips, they may worry about running out of power in an isolated and unfamiliar place.

Some researchers are building blockchains that work differently from the ones that use so much energy.

The individuals who own those power hubs can get some cash on the side during the times they don't need to connect their electric vehicles. All such transactions get entered onto the blockchain and are seamlessly handled by the relevant parties inside a dedicated app. Projects like that could increase convenience for individuals who own electric cars and reduce range anxiety.

There's also a blockchain project called DRIFE that brings on-demand transportation to the blockchain. It's a decentralized system that lets people rate their drivers and see payment details for their trips entered into the blockchain as ledger transactions.

Uber and Lyft helped people get comfortable with the idea of using on-demand drivers to take them to their destinations. The blockchain solution proposed by DRIFE hopes to eliminate some problems associated with using the gig economy for transportation and emphasize transparency. If it becomes a readily available option, more people may decide they don't need to own cars.

Some researchers are building blockchains that work differently from the ones that use so much energy. Going that route is akin to the first possibility described on this list because it changes a fundamental characteristic to cut blockchain energy use.

One example is the Red Belly Blockchain. It's a speedy solution capable of performing tens of thousands of transactions per second. Most blockchains currently handle 20 or fewer transactions in that time.

Even better for the blockchain energy problem, researchers developed this blockchain with a unique algorithm that allows performance scalability without ramping up energy consumption levels. The Red Belly Blockchain also does not use the proof-of-work method for transaction validation.

If projects like this one have long-term success, more people will realize it's possible to use blockchain as a secure method of verifying transactions or behaviors while keeping sustainability in mind.

It'll likely be a while before these new blockchains become the norm — if they ever do. Nevertheless, it's fantastic that researchers recognize how crucial it is to conquer blockchain's energy problem. The fact that they have developed something that works so well in lab tests also helps other teams investigate ways to make progress.

4. Focus on sustainable ways to mine bitcoin

As mentioned earlier, the computing setups used by cryptocurrency miners are primarily responsible for the exceptionally high energy demands of the blockchain. Fortunately, efforts are underway, such as an initiative by Cryptosolartech in Spain, to mine bitcoin with solar or wind energy.

These solutions strive to reduce the associated carbon footprint and prove that methods exist to allow bitcoin mining to continue sustainably — even when validating with energy-intensive, proof-of-work methods.

People in the corporate world who are considering systems that rely on blockchain or cryptocurrency should ask plenty of questions about how transactions are resolved or the currency is mined.

The next step is to prioritize the companies or miners that use sustainable methods. One example of what's possible is a company called Northern Bitcoin. The organization is among the enterprises leading the way in sustainable mining. It uses 100 percent renewable energy.

Blockchain has understandably earned a poor reputation due to concerns about its energy requirements. The options mentioned above mean the blockchain could develop a better reputation among people who appreciate its technological potential but have problems with the energy aspect.

People at the corporate level must not get dazzled by outstanding blockchain projects. The most responsible approach to take is to thoroughly research blockchain solutions — and their energy implications — before pursuing them. After gathering information, they should take care to align themselves with the ones that show the most potential for genuine operational sustainability. 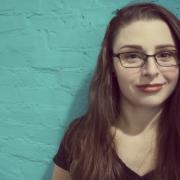 Many businesses at sea when it comes to water stewardship

See all by Kayla Matthews