As a U.S. citizen, Cubs fan and ardent supporter of low carbon technologies, it has been an eventful few months. After my beloved Chicago Cubs’ first World Series victory in over a century, it was easy to feel optimistic. That historic win quickly was followed by another unexpected victory in America, ending a brutal presidential campaign and bringing unknowable consequences for clean technologies globally.

Amplifying the whipsawing between hope and anxiety, we at last have an end to the long radio silence from the Breakthrough Energy Coalition (BEC). Bill Gates and his dream team of globally recognized business leaders have announced the creation of Breakthrough Energy Ventures (BEV) — a $1 billion, 20-year fund vowing to take on 55 "technical quests" across five "grand challenges" of energy innovation. Evidently, this very clever and astonishingly wealthy group of people has been taking its time to put its significant-but-finite money in the right places.

BEV rightly sees its private investment as an essential complement to public money. In particular, BEV seeks to accompany the research and development funding pledged by countries as part of the Mission Innovation initiative, which recently launched its own series of challenges at COP22 in Marrakech. These challenges span a broad set of worthy technology areas, most of them consistent with BEV’s scope (PDF).

Despite this apparent resolve from government funders, private investors have struggled to find ways to make early-stage low carbon companies "investable." Indeed, a number of investors remember having their fingers burned during the ill-fated cleantech venture capital boom that peaked around 10 years ago. Many never will return to the sector.

Yet public support will not deliver results without significant engagement and enthusiasm from the private sector. Perhaps with BEV’s ambition, capital and connections, they can forge a more realistic, sustainable and effective way for the private sector to invest in low carbon technology.

Here are four key considerations we should hope BEV has taken to heart if it is to live up to its potential.

There is no doubt that much more money is needed to advance early-stage cleantech. In contrast to "capital-light" web businesses, innovation in hardware technologies in the energy sector is notoriously expensive, slow and risky. Progress is costly.

But if BEV focuses only on the money, they will have missed an opportunity. We at the Carbon Trust know from our long experience supporting start-ups that the wider ecosystem is critical. Innovators also need things such as commercial guidance, lab space and actual customers. They need highly active investors that can incubate nascent companies and use their clout to forge relationships with partners, suppliers and conservative industry incumbents.

Besides money, BEV and BEC have clout. Doors open for the likes of Bill Gates, Jack Ma, Jeff Bezos, Richard Branson and the rest of this hugely impressive group. It is hard to think of an industry where they could not help to mobilize resources and leverage relationships.

While it is unrealistic to think the BEV partners will be spending most of their time incubating start-ups, I hope they have thought about how they can use their influence and expertise to open doors, not just spread money around.

2. Focus the use of finite resources

BEV has promised to invest across a broad range of sectors. Intuitively that makes sense, as climate change is a big challenge touching every part of the economy.

Yet BEV’s resources are not infinite and $1 billion is not that much money. They cannot be shy about making decisions on where they can make the greatest impact, leaving other things aside.

For example, two of the 55 "quests" in BEC’s landscape of innovation are nuclear fusion and carbon capture. How many prototypes and demonstration-scale plants will be needed to have a realistic shot at delivering a breakthrough innovation in these notoriously costly areas? Would it take 20, 50 or perhaps even more? Given the patience and persistence needed in each and every area, BEV should be careful not to spread itself too thin.

Another reason for focus is that changing the energy system will require more than just better batteries, solar panels or biofuels. As Mariana Mazzucato describes in her book, "The Entrepreneurial State," it takes entire systems of innovation to achieve transformative and widely adopted advances.

BEV’s role can be greater than supporting a number of isolated investment opportunities. Indeed, the success of its investments will depend on the strength of the surrounding innovation ecosystems. Developing a critical mass of mutually reinforcing innovations in related areas will help to build momentum. Depth will matter at least as much as breadth.

The rationale behind creating BEV was to take the sorts of risks that no other investors would. Will it be as bold as it purports to be?

Its spirit seems to be in the right place. BEV recognizes that private capital has struggled thus far to find a way to profitably fund fundamental innovation.

While BEV clearly understands the need for patient capital, who will be the gatekeepers for its pipeline? My worry stems from the inevitable and practical reality that BEV will need to use intermediaries to invest and manage its funds. Realistically, you won't see Bill Gates and his partners travelling around the world having meetings with umpteen thousand start-ups and labs.

More likely than not, those intermediaries are deeply immersed in the investment strategies, processes, relationships and incentive structures that have until now failed to advance breakthrough innovations.

BEV should have the cash, influence and ambition to shape new approaches, processes and ways of assessing success. However, in my experience, old ways of doing things exert a surprisingly strong gravitational pull.

BEV should have the cash, influence and ambition to shape new approaches, processes and ways of assessing success. However, in my experience, old ways of doing things exert a surprisingly strong gravitational pull.

It will take creativity, vigilance and persistence to do something that has not been done before. Creating the processes and culture to take big, long-term risks will be critical to achieving the big breakthroughs.

As much as it pains me to say it, success on climate change matters a lot more than the success of the Chicago Cubs. While it would be heartbreaking to wait another 108 years to win the World Series, if we do not achieve significant reductions in carbon emissions over the next decade, the evidence suggests there will be severe consequences.

The progress in energy technologies since the Cubs’ previous championship in 1908 has been astonishing. That year, Henry Ford launched his Model T automobile and the Wright brothers conducted the first demonstrations of their revolutionary new aircraft design in Europe. These breakthroughs were just a hint of the innovation and transformation to come over the next century.

We now need a comparable transformation, but over a much shorter period of time. BEC and BEV have an all-star lineup that can command the field. No doubt they can achieve their victories in a lot less time than it took the Cubs. 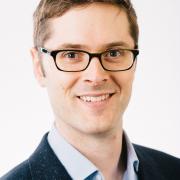 See all by Eric Lounsbury