4 ways to take green cities to the next level

<p>Technology is only one part of the puzzle. Greening urban centers also literally can mean making their streets leafier and cooler.</p>

The last few years have offered cities a sobering climate change wake-up call. Superstorm Sandy seemed to bring future coastal flood risks into resolution by slamming the nation’s most populated region. Yet data released in March in Nature Climate Change suggest that rapid glacier melt could push sea level rise far beyond anything previously imagined — potentially as much as 23 feet under a full melt scenario.

Future heat risks are more widespread and can be projected with high confidence. The Centers for Disease Control and Prevention cites heat-related deaths as already the nation’s most significant weather-related mortality. But this vulnerability could get much worse — researchers from the Rollins School of Public Health at Emory University recently used climate scenarios from the IPCC 5th Assessment Report to project a tenfold increase in heat-related deaths in the eastern states by mid-century.

There is also the imperative for cities, already the most carbon-efficient places for people to live, to become even more energy efficient as our nation’s population continues to skew urban. Cities need to capture potential carbon reductions from transportation, buildings and infrastructure such as wastewater management if our country is to reach its long-term emissions reduction goals.

Each challenge has myriad facets that must be addressed, but they all share one common solution: bringing nature and nature-based “green infrastructure” into our cities at scale.

Imagine if our cities were more like forests. Connected by green pathways for safe movement. Cooled with shade and evapotranspiration. Naturally absorptive of rainfall, turning this resource into drinking water and clean rivers. Protected from storms by the bend of trees and the natural sponge effect of marshes.

This opportunity to “connect, cool, absorb and protect” with green infrastructure is being made real by cities all across America and the world at an accelerating rate. Recent shining examples include collaborative efforts to deploy wetlands and oyster reefs in New York City after Superstorm Sandy, massive tree planting and “green alley” initiatives in cities such as Los Angeles, and the widespread recapture of abandoned rail corridors to provide safe routes for biking and walking across metro regions such as Chicago and Seattle. These urban greening efforts lessen climate vulnerability and carbon emissions in equal measure. 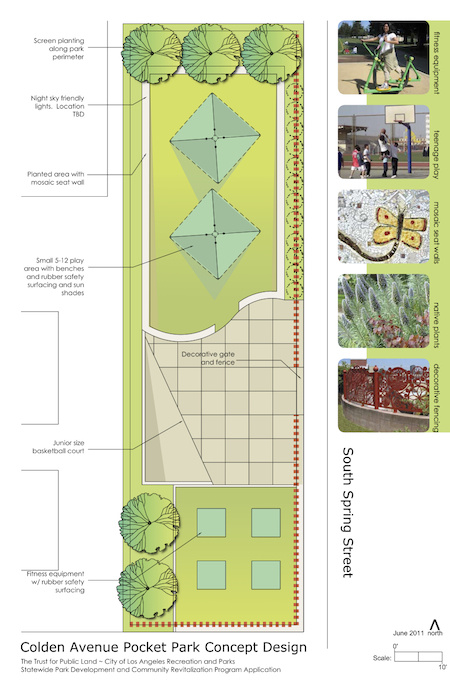 My organization, the Trust for Public Land, is involved in many of these city-scale efforts through our Climate-Smart Cities Program. Through these experiences, we have identified some critical success factors to advancing complex green infrastructure efforts at multiple scales:

Build a complete team from the start

The skills and resources needed for green infrastructure success cross many organizational boundaries — public and private, for-profit and non-profit, thinkers and doers. Cities and metro regions need to assemble collaborative efforts that engage federal, state, municipal, academic, corporate, non-profit and community-based players in durable partnerships that operate from shared information and priorities, and align partner resources all the way to the project level.

One recent example was a study led by the Georgia Institute of Technology that modeled potential heat island reduction under green infrastructure scenarios for three diverse cities, illuminating both the scale of potential impact and which interventions might be most effective in these different settings.

While written plans and strategies for resilience are important, actual green infrastructure implementation happens out on the urban landscape. Spatial planning and decision support using GIS translates resilience concepts and data into real places on the ground — letting all actors know where investments in green infrastructure will lead to resilience, and how much impact we can expect. The power of GIS is truly unlocked when it is made accessible to all partners via an Internet “portal” that lets even community groups with little in-house technical capacity evaluate potential actions and align work with other players. Apps can be a powerful tool to make spatial information such as heat and flood risk available to citizens in simple terms — ESRI’s Climate Resilience App Challenge is providing a great example of what is possible in this arena.

Urban resilience solutions must look across built infrastructure, green infrastructure and community-based adaptations rooted in social change. Heat risks offer a great example. Cities can build heat shelters to protect vulnerable populations during extreme events. Shade trees and high albedo surfaces can be deployed to significantly lower air temperatures — as much as 10 degrees inside a home for a strategically sited tree. Education and enhanced social networks can heighten collaboration, such as organizing check-ins for elderly residents living alone and helping arrange transportation to heat shelters. Each approach — built, green and social — offers a powerful solution. But bringing all of these tools together in the most vulnerable neighborhoods? Now that is resilience built to last.

What will crystallize all of these best practices into common practice is the development of partnership templates and tools that link into a replicable model. You can see my organization’s version of a replicable Climate-Smart Cities approach, being advanced in partnership with New York, Los Angeles, Chattanooga and other cities, through this short video. Many excellent models led by others also exist.

Federal efforts such as the White House’s Climate Data Initiative and State, Local, and Tribal Leaders Task Force on Climate Preparedness and Resilience are lining up resources to flow into such efforts. Cities are also networking nationally through the Conference of Mayors and globally through efforts such as C40 to speed replication and shared learning. Philanthropic investment in urban resilience is at an all-time high. Now is the time for all the players, public and private, to come together behind model approaches that capture this moment of potential synergy.

See all by Jad Daley