The $400 billion better building conundrum: How people can help

A seemingly obvious but often overlooked strategy to bring down staggering energy bills.

When you crunch the numbers, commercial and industrial energy efficiency just makes sense. Each year, the U.S. spends $400 billion to power our buildings.

That’s about $200 billion each spent on commercial and industrial facilities, and about 50 percent of the energy in the U.S. economy. Reducing our energy waste in these buildings — and doing so cost-effectively — not only would create well-paying jobs, but also save more than $80 billion per year on energy bills.

The U.S. Department of Energy’s Better Buildings Challenge, a cornerstone of President Barack Obama’s Climate Action Plan, is partnering with more than 200 organizations to shape aggressive goals to reduce energy intensity by at least 20 percent within 10 years.

Our partners are using a wide array of tools to achieve these energy-efficiency commitments, from HVAC overhauls to lighting improvements to energy monitoring or use of renewable energy sources. And they are finding success. But there are also stories of individual companies that wanted to see how far they could go with one particularly underused tool to reduce energy impact: people.

Electrical and digital building infrastructure company Legrand North America has one of those stories. Last month, Legrand embarked on a 26.2 day “Energy Marathon,” or a direct competition between employees at 18 locations across the continent. Their challenge: to reduce facility energy usage through ready-to-implement behaviors, such as better energy monitoring and turning off lights when not in use. Bundling up in ugly sweaters to save on heating was another popular approach. 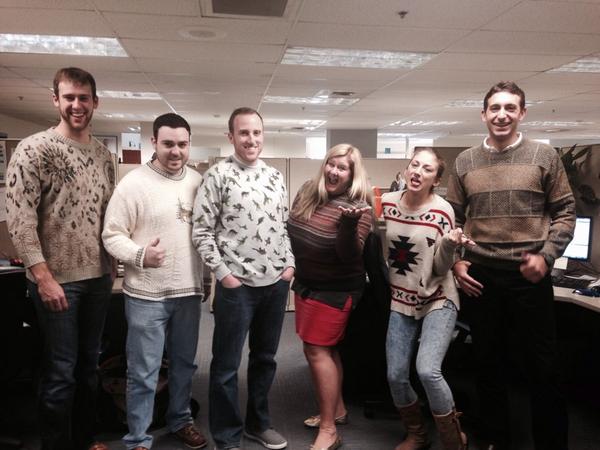 The energy marathon was an experiment that sought to quantify the degree of influence employee behavior could have on the overall energy footprint of the company when incentivized by weekly contests, engaging communication — and, for the winner, a trophy and a donation to the charity of his or her choice. In addition to encouraging more energy efficient at work, employees were given energy-saving tips and Legrand occupancy sensors to help reduce their electric bills at home.

It turns out that people-powered energy efficiency can make quite an impact. During October, the company experienced a 15.4 percent reduction in total electricity usage, amounting to 588,000 kWh and financial savings of about $47,000. That’s roughly equivalent to the energy generated from burning 435,000 pounds of coal. The kWh reduction corresponds to preventing 400 metric tons of CO2 from being released into the atmosphere (the amount that a 330-acre U.S. forest absorbs in a year).

This one success story matters because it proves that energy efficiency solutions already within our grasp can make a huge difference. Commercial, industrial and multifamily building owners and managers have an appealing opportunity to reduce overhead costs while also having a positive impact on our environment. Taking part in a program such as the Better Buildings Challenge is an inroad to building resilience, brand reputation and community leadership.

The Legrand story also highlights more opportunity to experiment. The company showed that energy efficiency can be ingrained in corporate cultural across multiple offices. Another logical follow-up question is, “If Legrand could adopt extreme energy efficiency during the month of October, why not extend these behaviors all year long?” Beyond that, if this much energy can be saved focusing on just the low-hanging fruit of energy savings, such as turning off lights in empty rooms, imagine what could be achieved if all companies set aggressive energy efficiency goals and shared their lessons learned with the wider business community.

Legrand does, in fact, plan to create and share an “Energy Marathon Toolkit” that other companies can use or adapt to stimulate savings within their own organizations. And this type of sharing is key.

One of the most important outcomes of the Better Buildings Challenge is the playbook, a clearinghouse of best practices for those pushing the boundaries of energy efficiency. It used to be that companies considered any document that helped increase their profit margin exclusive proprietary information. Now, however, companies are making Better Buildings Playbooks available to their competitors in the name of a nationwide goal to reduce our climate impact.

Hundreds of partners have committed over 3 billion square feet of space to energy efficiency improvements and have saved a total of $100 million in the Challenge’s second year. Innovative individual projects, such as Legrand’s energy marathon, prove that momentum and ambition is in the marketplace to think creatively and strategically to contribute to energy solutions. As this example shows, sometimes the most successful projects are a 1-2-3 combination of technology, organizational commitment and active engagement of staff and customers.

See all by Maria Tikoff Vargas