New Year’s Day has come and gone, and 100 Resilient Cities wanted to challenge cities everywhere to make the following resolutions to build resilience and prepare for all the challenges of a rapidly urbanizing, globalizing, changing city landscape.

1. Get women involved in city planning and disaster response

Women are underrepresented in city government and in how cities plan and execute emergency recovery. Considering women’s vital contributions to a city’s resilience, this deficiency is more dramatic that it might appear at first. Make a smart and sustained effort to address this shortcoming. Resilience, by definition, requires that a city pursue inclusivity, and getting more women more involved will make the city more effective and healthier.

Many cities already have access to the technology they need to address significant challenges they face; they just need to think about how to use it in new ways. For example, Barcelona developed a smart phone app to help combat loneliness among the elderly. Cities should commit to finding inexpensive, innovative ways of thinking about existing tech to address long-standing resilience challenges.

3. Get serious about supporting transportation alternatives such as bikes and mass transit

Copenhagen made a priority of bicycle use.

Many cities have started to push their commitment to transportation alternatives on a large and growing scale. Cities that address transit challenges creatively realize a host of benefits as fewer people use automobiles, whether they pursue an explicitly green priority such as bicycle use, as Copenhagen did, or other options such as mass transit.

4. Think about data seriously, and integrate it into planning at a fundamental level

Cities already collect massive amounts of data about the systems they control. More of them need to innovate how they’ll use what they already have, before they begin investing in collecting more of it. For example, New Orleans is working with data experts to identify more efficient policing patterns, install street lights where they are most needed, and direct their investing in a smarter fashion. Resolve to put data to use for your city.

Cities are crowded, and becoming more so. Whether it’s figuring out how to allocate space to foster urban farming or attempting a new approach to old practices such as burial in a cemetery, cities have to change the way they think about using and allocating physical space.

What resolutions do you think your city should take to make it a better, more resilient place to live? 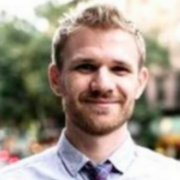 See all by David Schreiner