5 companies that get what Earth Day really means

For those who engage with GreenBiz regularly, every day is Earth Day. So you’ll forgive me for being less than eager to field the countless public relations pitches that have come whizzing into my inbox over the past month — spinning everything from the benefits of reusable mugs to how buying new wireless headphones will bring clean water to some far-flung emerging economy to the latest greatest tree-planting scheme. (My colleague Anya Khalamayzer does a great job of summing these up.)

Don’t get me wrong. It’s exciting that so many businesses are excited about getting the general public excited about every individual's role in fighting climate change. Aren’t you excited?

This wasn’t the case back in 1970, when this day of action was first established. Now, it’s difficult to find a self-respecting brand that doesn’t have some sort of angle — especially given this year’s campaign around improving literacy, and the climate of denial that pervades many political leaders these days. Earth Day "is the engine not only for creating green voters and advancing environmental and climate laws and policies but also for accelerating green technologies and jobs," the Earth Day Network proclaims on its website.

And, to that, I say, "Hallelujah!" without a speck of cynicism.

But given what’s at stake as we celebrate the planet with all manner of marches, fairs and rallies, I’d much rather hear about developments and strategies that truly will move the needle in the world’s quest to meet, if not beat, the goals of the 2015 Paris Agreement. Or, as the renowned sustainability consultant and GreenBiz.com Editor at Large John Elkington put it in his latest column: We need more evidence that the business world is starting to "understand that its operations are part of, and likely to be profoundly shaped by, the natural world — not the other way around."

We need more evidence that the business world is starting to 'understand that its operations are part of, and likely to be profoundly shaped by, the natural world — not the other way around.

So, who really gets it?

One terrific example emerged Wednesday, when Apple disclosed its intention to use only recycled or renewable materials for its products, at some unspecified future date. The company noted in its latest environmental progress report (PDF): "We believe our goal should be a closed-loop supply chain, where products are built using only renewable resources or recycled material."

The Greenpeace team that scrutinizes the information technology sector commended Apple for its ambitious goal and urged others to follow. It added: "While transitioning to 100 percent recycled materials is critical to reducing the sector's footprint, it is also fundamental for Apple and other major IT companies to design products that last, are easy to repair, and recyclable at their end of life."

I also see real glimpses of the radical thinking we need in Walmart’s new Project Gigaton, its play to convince suppliers to eliminate one gigaton of greenhouse gas emissions between now and 2030 — that’s a billion metric tons,  the equivalent of taking 211 million passenger vehicles off the road for a year, the company says. Considering that the aggregate emissions from fossil fuels use in 2014 was 9.75 gigatons, that’s clearly a dent.

Of course, considering that the company's supply chain accounts for almost 90 percent of its overall emissions, how could it not do this?

Walmart’s retail frenemy Target also deserves some props for its latest thinking about packaging, which it announced this week. Among its five new declarations is this rather unusual goal: "create new demand for recycled packaging by creating three new end markets for recycled materials by 2020." Ultimately, Target wants to advance the notion that all packaging has value that stretches far beyond a one-time use. It’s joining the Materials Recovery Facility of the Future — a project already backed by the likes of PepsiCo, Nestlé and Procter & Gamble — to work toward that vision.

This month, I had two conversations that point to other commitments for which there are no precedents. Both originate from within the transportation and logistics sector.

Not your average water conservation program

My first chat was triggered by an essay sent to us last month for World Water Day by Toyota’s director of North America environmental strategy, Kevin Butts, a 25-year veteran of the Japanese automaker. About two years ago, the company pledged to completely eliminate by 2050 the greenhouse gas emissions associated with its vehicles and factories. One of its other goals, for which it hasn’t yet set metrics, is pushing the company’s operations and sustainability teams to work on a completely closed-loop system for water.

"With global demand for fresh water expected to grow 40 percent by 2030, the time for action is now," wrote Butts in his essay.

One thing that Toyota already has done is to develop its own reverse osmosis recovery system — in particular, it focused on making the filters better, so that facilities can use more of the water they’re pulling from what would otherwise be considered wastewater. This approach allows plants to reuse almost 90 percent of this water, reducing what it otherwise needs to pull by "tens of millions of gallons" annually, according to Butts. It has been used to particularly good effect in Kentucky, allowing the operation to keep growing production despite a drought situation several years ago. 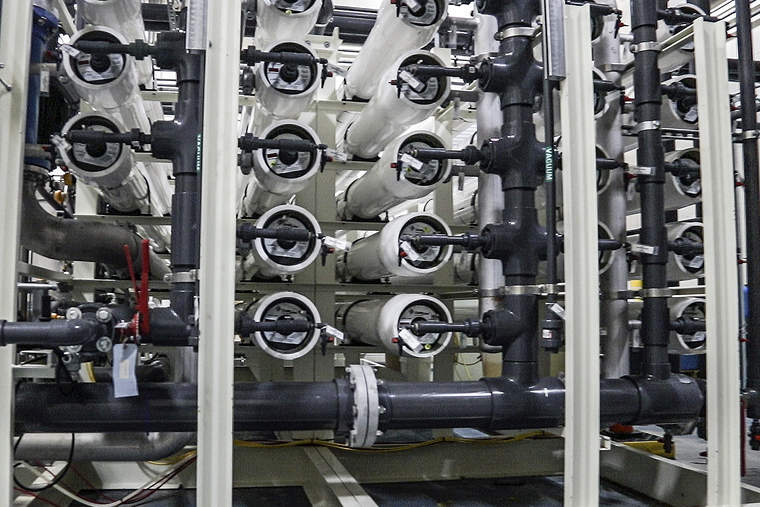 Toyota
<p><span>Automaker Toyota created its own reverse osmosis system so that plants can reuse more water and draw less from local supplies.</span></p>

That isn't closed loop, you say? Ah, but it’s an important first step. In fact, Toyota’s organization in France is testing an approach to take the company completely off the municipal water supply. The pilot combines the filtration system with a rainwater harvesting framework.

"It supports the entire plant, and is a model that the rest of us are evaluating," Butts said.

Realistically, it will take the traditionally cautious automaker several years to figure out whether this idea will have a negative impact on quality — in particular, whether residual particulates could ruin the paint job on a new vehicle. Another big challenge, of course, is whether a given plant has the space to do this — it takes a lot of room to house the holding tanks. To be continued, especially as it's part of Toyota's larger mission of creating a production infrastructure that operates at zero emissions.

When German logistics company Deutsche Post DHL reached its emissions reduction goal four years early last year, it could have used that achievement to take its foot off the gas pedal of its sustainability program.

Instead, it set an unprecedented target — getting to "zero emissions logistics" by 2050, along with a whole bunch of pretty aggressive interim targets pegged to 2025. They bear repeating:

Christof Ehrhart, director of corporate communications and responsibility for DHL, said the company’s pledge covers both its own operations and those of its subcontractors. How exactly will it get there? He admits the path isn’t straightforward, although DHL believes technological advances — many of which we haven’t seen yet — will be central to getting there. That’s one reason it bought an EV company a couple of years ago. 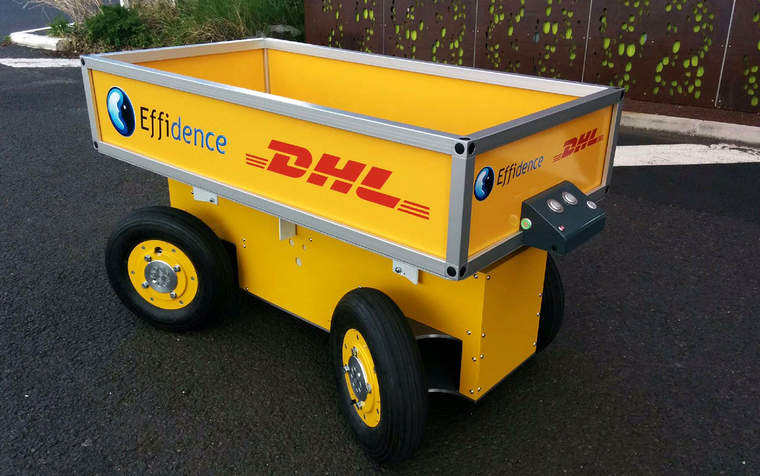 "We will try everything we can find, any kind of technology, any kind of provider," Ehrhart said, referring to DHL’s various EV pilot programs around the world.

Another example of the type of innovation leading the way emerged last month, when the DHL Supply Chain Group — which manages logistics and distribution on behalf of big corporate clients — announced a new waste management system at Gatwick Airport. The technology turns the waste from airline catering into an organic biomass, which is used as the energy source to run the operation. The planes contribute about 10,500 tons of waste annually; the material previously was processed off-site, so the installation eliminates the missions associated with that transportation.

Is your organization doing enough?

In June, climate advocacy groups CDP and We Mean Business collaborated on an analysis suggesting that the corporate world alone could help achieve up to 60 percent of the carbon reductions needed under the Paris Agreement. To get there, companies must focus on these five things, they said:

At the time the report was issued, a few hundred companies were committed to those suggestions, far short of the ultimate participation needed for this effort to pay off. Now, real progress is being made.

In June, just four companies were on board the nascent EP100 initiative, which encourages companies to double their energy productivity within 20 years. According to the website, that number now is over 100. The most recent count for the RE100 list, which includes organizations that have committed to using renewable energy to power their entire operation, stands at 89. And in June, the tally of companies with bonafide science-based targets was 15; now it’s 42 — and the number of organizations that have committed to the approach is more than 200.

Regardless whether you choose to view those numbers with optimism or cynicism, it's time to start scrutinizing companies' promises more closely to see whether their goals are ambitious or are just tinkering at the margins.