5 concepts that could revolutionize 3-D printing

Back in the dark ages of mainstream 3-D printing — say, five years ago — the next-generation hardware was idealized as a game changer in consumer electronics.

Users could create just about any kind of plastic trinket they could imagine, so long as they came back several hours later to claim the object after it finally finished rendering.

Along with shorter print times, recent years have ushered in new competition, market segmentation and economic incentives for 3-D printing. A horde of startups and public companies have already entered the $2-billion field, but tech giants like Amazon Inc. are also now circling to plot new competing offerings or scout acquisitions.

From improved efficiency to more advanced fabrication possibilities, specialized 3-D printing subsectors are emerging that cater to an array of enterprise buyers with money to inject into the field. Machines can now produce materials with potential health applications, such as human cartilage, plus batteries, LEDs and motor components.

“These advances have brought the technology to a tipping point — it appears ready to emerge from its niche status and become a viable alternative to conventional manufacturing processes in an increasing number of applications,” notes one 2014 report by New York-based consultancy McKinsey & Company.

In the meantime, researchers are also starting to piece together the puzzle on what the proliferation of 3-D printing technology could mean from a sustainability perspective. Generally, higher-volume production lowers the amount of energy wasted. But the amount of waste and potential for harmful environmental impacts of materials used in the supply chain still varies.

Here, a guided tour of five trends driving innovation in the 3-D printing space — and the companies angling to make the most of them: 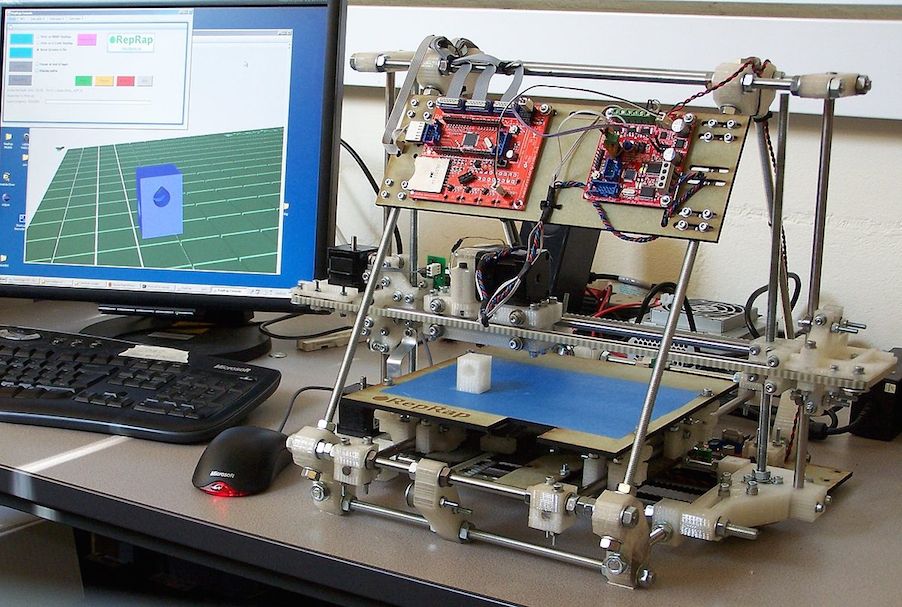 Industrial designers have been relying on 3-D printers to generate rapid prototypes for decades. But analysts now say that the real business value of the technology lies in the production of market-ready components.

"The money is in manufacturing, not prototyping,” wrote Tim Caffrey, senior consultant at the 3-D printing-focused advisory firm Wohlers Associates, in a report on growth in the market.

That dynamic is appealing for governments and large companies (think General Electric and Tesla) committed to pursuing advanced manufacturing that could create jobs while maximizing efficiency, which is no easy task.

Well-established 3-D printing businesses, like 3D Systems, are now positioning themselves as generalists that can help customers ranging from automakers to hospitals manufacture components and materials. Then there are upstarts like Silicon Valley’s Made in Space, which has adapted 3-D printers for zero-gravity conditions to create replacement parts for the International Space Station.

The potential upside for the environment is huge, given that old-school manufacturing processes relied heavily on fossil fuels and unrecyclable materials (not to mention the toxic runoff that has resulted in some areas.)

How “green” a 3-D printing operation is still depends largely on the supply chain of the sector at hand. Some machines work with recycled plastic filaments, while others rely on new types of inks or metals that sometimes require chemical agents or generate toxic, un-recyclable waste. To that end, there are multiple efforts afoot in the world of open source, or RepRap 3-D printing, focused on recycling wasted polymers.

It is also worth emphasizing that manufacturing automation also comes with other challenges, like the elimination of middle-class jobs or a need to retrain workers on new skills.

Still, Wohlers Associates projects that 3-D printing will be a $10.8-billion business by 2021 — an optimistic forecast that has spurred some pundits to worry the field may be ballooning too fast, into a bubble. 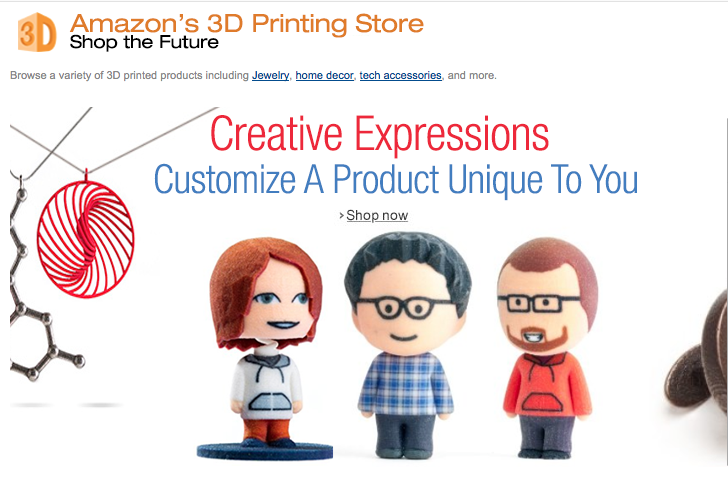 As with other tech fads of the moment, like drones and instant retail delivery, one major wildcard in the realm of 3-D printing is how tech giants like Amazon, Apple and Google might come into play.

Amazon recently unveiled a 3D Printing Store offering jewelry, toys, décor and customization options branded with the tagline “shop the future.” That effort throws quite a wrench into the plans of upstarts like Shapeaways also chasing the made-to-order 3-D printing market.

Apple, meanwhile, has been quietly filing patents related to 3-D printing. Google is also rumored to be mulling its own offering in the space after signing on earlier this year to help 3D Systems build a high-speed 3-D printer. If and when that project comes to fruition, it could be a good thing for cutting down on the environmental toll of 3-D printing, since, “Anything that reduces the time spent running also reduces eco-impacts,” reports University of California, Berkeley mechanical engineering professor Jeremy Faludi.

Finally, there are older printing industry powers, like Hewlett-Packard, who are looking to regain the profit that comes with operating on the bleeding edge of a given technology. Following years of lagging revenues and missed sales targets, the company earlier this month announced that it would split into two companies: an enterprise software business and a hardware business that includes several 3-D printing initiatives.

What exactly this all might mean for sustainability writ large, however, remains supremely unclear. While there are companies working on 3-D printing techniques with applications in fields such as renewable energy (portable wind turbines), most efforts in the space among bigger tech players have focused first and foremost on making consumer goods at relatively low costs.

ExOne, a spinoff of multinational manufacturing company Extrude Hone Corporation, is one company that attempts to lure customers with the marketing slogan “Go beyond mass production with imminent materialization,” adding that improving metal printing techniques mean that “Inventory is no longer needed.”

Though there are huge long-term implications for reducing wasted materials, the company’s stock has struggled with uncertainty about how fast buyers will gravitate toward new supply processes.

Another concern is the potential damage caused by producing materials like photopolymers, which are produced through a chemical reaction with a toxic heavy metal. Metals, batteries and LEDs also present challenges when it comes to recycling or disposal.

One especially cutting-edge field with lots of logistical questions left to be answered relates to futuristic R&D underway on 3-D printing more finicky organic substances, like food and internal organs. Estimates vary widely when it comes to how soon that technology might be on the market, let alone what kind of supply chain might be entailed with faux-brains. 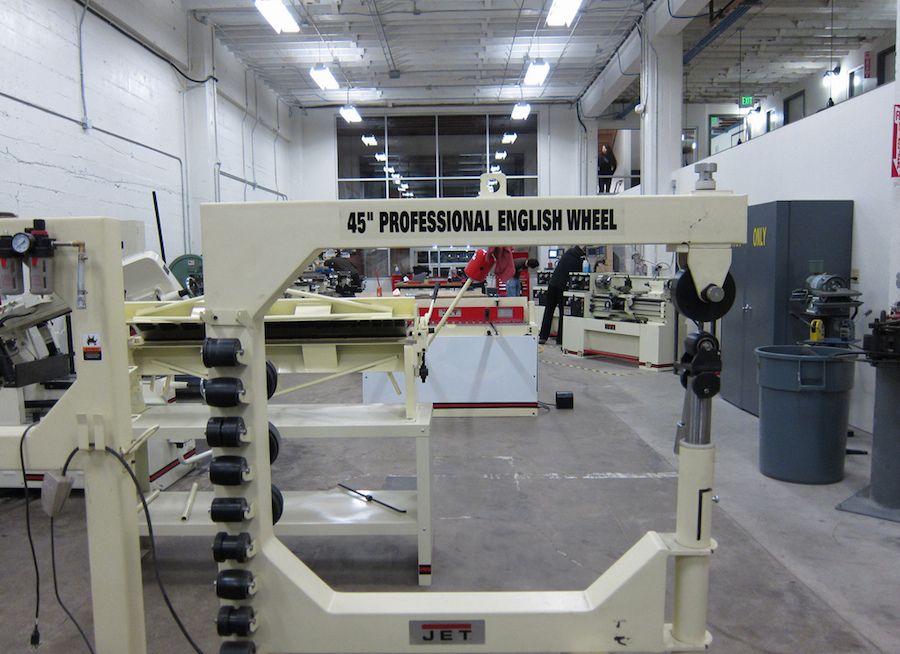 As businesses rush to make sense of the commercial manufacturing opportunities opened by 3-D printing, enterprising individuals and upstarts have also seized on unprecedented access to the high-tech equipment. The potential upside is drastically cutting down the time it takes to design and execute a new product.

Pair that with consumer shifts toward local and artisanal goods, and you have the “maker” craze fueled by demand for more transparent supply chains and a goal of supporting local economies.

MakerBot, a 3-D printing company with Brooklyn hipster credentials, was acquired for $604 million last year by Stratasys — one of the industry’s heavyweights that, like 3D Systems, was founded during the dot-com era.

Stratasys has also grown its presence in the maker scene by partnering with TechShop, a company with members-only workshops across the country targeting hands-on inventors looking to build their own products.

Those types of smaller, more consumer-friendly “FDM” 3-D printers actually can have “a negligible percent waste, if your model doesn't need any support material to shore it up,” notes Berkeley’s Faludi. Inkjet 3-D printers, which use a combination of polymeric ink and a UV-curing process, waste 40-45 percent of their ink, which also can’t be recycled, he added.

For would-be makers alienated by the prospect of hammering out product specs on their own, more consumer-friendly companies like Shapeaways offer on-demand product design and printing.

You can’t use an inkjet printer without ink, and today you can’t use a 3-D printer unless you’ve modeled your product with advanced imaging software.

That’s where companies come in to create a blueprint for 3-D printing jobs.

However, that seemingly-straightforward process has become murkier in recent years as lower-cost or free modeling services become more common.

Autodesk, known for its AutoCAD design software popular with architects and builders, launched its own free demo software last year. The company also recently announced that it will branch out into hardware to sell its own 3-D printers and embark on an open source platform, Spark, to spur innovation in the space.

Longtime French competitor Dassault Systèmes also first gained prominence for its CAD software but has recently taken to acquiring social media and Internet companies. The strategy is to focus more on collaborative design.

Along with these software providers called on at the inception of a new 3-d printed product, there are several other hard-to-categorize business models popping up at the tail end of the supply chain. One example related to raw materials are trash “pickers” in developing countries like India, who are now seeking ways to establish fair trade practices for plastics they discover that could be repurposed for 3-D printing.

For now, the question is which companies and inventors in the increasingly crowded 3-D printing field can best adapt to a rapidly-changing market without succumbing to the financial ups and downs that accompany nascent technology sectors.