The Paris Agreement adopted at COP21 last year placed unprecedented importance on climate adaptation and resilience. Last week, we started to learn how countries, cities, researchers and others are putting adaptation priorities into practice.

In her opening keynote, UNFCCC Executive Secretary Christiana Figueres encouraged delegates to think of adaptation as a means for making people’s lives better: "Do not hide behind the aggregate, and risk faltering on our responsibility at the individual level. The question that we need to wake up to every morning is: Have we made the life of these people any easier and more livable?"

Adaptation efforts are only as effective as the impact they have on each person. Interventions around the world are beginning to reflect this, where previously they focused on aggregate impacts of climate change and did not consider the local, individualized analysis. For example, Rio de Janeiro is testing indicators that measure and build resilience at the individual level.

The ultimate aim is to identify policies and actions that can help individual persons enhance their capacities to manage climate change and become more resilient. To gain these insights, Rio de Janeiro’s resilience team will be measuring individuals’ perception of risk, their level of preparedness and their knowledge on risk-reducing habits.

2. Cities are at the forefront

Cities are reaching the forefront of both climate impacts and climate action. As populations grow and climate-related natural disasters strain cities, adaptation and resilience need to be integrated into urban development.

The question that we need to wake up to every morning is: Have we made the life of these people any easier and more livable?

Some cities are already prioritizing adaptation. New York, London, Durban and scores of other cities have established special task forces and partnerships to tackle climate change at the highest levels of local government. Meanwhile, local councils in Australia have begun integrating climate hazards into local and state legislating to drive bottom-up adaptation.

For example, in Pittwater, Australia, permission for development is "only granted once the local council is satisfied that sea level rise, coastal erosion and recession, or change of flooding patterns as a result of climate change have been considered."

Adaptation is transitioning from small, one-off pilot projects into large scale, sustained programs. It’s evolving from an incremental practice to a more systemic one.

For example, Rotterdam applied a simple concept of "piggy-backing" to mainstream adaptation and resilience across the city’s infrastructure. The city started assessing urban development projects with a climate lens, assigning adaptation mainstreaming managers to them.

Adaptation is built-in to urban planning decisions — for example, the city created procedures for when high temperatures affect bridge performance and developed standards for permeable pavement that can accommodate heavy rain and flooding.

We adapt to climate change not for the sake of it, but for some greater goal.

Natural or "green" infrastructure — such as forests and restored landscapes for water services, and trees, grasses and green roofs for heat stress and flooding — can provide cost effective, sustainable solutions that complement traditional built or "grey" infrastructure.

For example, the Technical University of Munich found that trees and green walls can offset higher temperatures resulting from climate change.

We adapt to climate change not for the sake of it, but for some greater goal — food security, continued prosperity, livelihood security and so on. It is therefore a means to an end for more holistic, climate-compatible development.

The message that we can achieve more if we are cognizant of adaptation in the context of larger development outcomes resounded with practitioners and financers at Adaptation Futures.

The trends highlighted above are reasons for optimism that climate action is gaining both speed and scale. At the same time, there are many opportunities to move the ball further on adaptation.

While adaptation finance has increased in recent years, it’s not reaching local levels fast enough, particularly in developing countries at the frontline of climate impacts. Within this context, most sessions highlighted the need to engage the private sector.

However, the question of how to most effectively and efficiently do so is still live. Finally, many sessions underlined the importance of breaking down siloes and identifying co-benefits with mitigation for adaptation to reach its fullest potential and contribute to sustainable development goals.

Now it’s up to the many conference participants to take these ideas and priorities forward to ensure that 2016 truly becomes a year of action on adaptation. 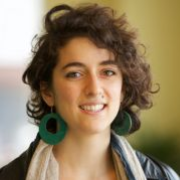 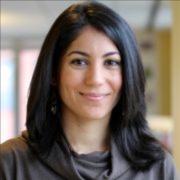 See all by Katerina Elias-Trostmann