One of the biggest news stories in energy last week came from the “51st state,” where regulators finally approved Exelon and Pepco’s $6.8 billion merger proposal.

This ends nearly two years of highly contentious hearings and creates the largest utility in the United States, affecting 2.2 million customers served by Pepco Holdings in Maryland, Delaware, New Jersey and the District of Columbia.

Even though Washington, D.C. boasts a small population relative to other states and even other cities, the decision of the D.C. Public Service Commission provides a focusing lens on five major trends driving or driven by power sector transformation in the U.S.

First announced in April 2014, the proposed merger was approved by FERC and Maryland later that year, with New Jersey and Delaware following in the first half of 2015.

D.C. residents began organizing against the merger in later 2014. Creating the Power DC group, citizens expressed concern about Exelon’s record on renewables, its company size, and headquarters distance from local control. In addition, these activists highlighted the potential conflict of interest for distribution-only Pepco as a second-tier company in a larger corporation whose primary interest is in generation, given D.C’s policy requirements that the electric company operate only distribution, on a nondiscriminatory basis for all customers and suppliers.

The organizing paid off — in August 2015, D.C. rejected the merger, suggesting that there was an “inherent conflict of interest” between D.C.’s clean energy goals and Exelon’s business model.

Exelon returned with a settlement agreement negotiated by Mayor Bowser, which the Commission again rejected with a set of new conditions on the deal in February. The Mayor and D.C.’s ratepayer advocate rejected those new terms, which deferred rate relief until Pepco’s next rate case and pushed issues of microgrid ownership to another proceeding.

Pepco and Exelon came back with one final set of proposals to the Commission on March 7th. After all of this back and forth, the Commission finally approved a merger deal last week that includes the conditions from its February order, despite settlement party opposition.

Although the story itself is important for the District, the events of the merger illustrate five key trends in power sector reform:

1. More mergers on the horizon

In wholesale power markets where Exelon operates many of its power plants (59 percent nuclear), persistently low natural gas prices have depressed wholesale power prices, eroding profits for power plant owners over time. When Exelon’s generator fleet sells into these competitive markets, such as PJM, it has no guaranteed return.

In contrast, regulated entities build and operate infrastructure with rates set by the local state public utilities commission. These rates are designed to cover operating and maintenance costs, plus a return, which can reduce generator’s exposure to less profitable competitive markets.

Nuclear-heavy Exelon’s strategy was to diversify its portfolio by acquiring Pepco’s regulated business to reduce its exposure to unfavorable competitive power markets. While regulatory risk and long approval timelines still bedevil utility merger and acquisitions, Exelon’s successful outcome in this case may encourage other utilities to consider a similar path.

While regulated transmission and distribution utilities face business model challenges of their own, we can expect more news of sell offs and perhaps mergers in the face of continually low wholesale power prices.

To encourage microgrid development, the Settlement Agreement brokered by the Mayor’s office required Pepco to work with the District to develop four microgrids within five years of Commission approval. However, the Commission’s February order expressed concerns that this approach would undermine competition and grid neutrality.

Microgrid developers and large customers, such as the General Services Administration (GSA), cited similar concerns. As a result, the final order defers the question of Pepco’s role to the grid modernization proceeding (FC 1130).

D.C.’s merger proceedings highlight growing questions of who develops, owns, and operates microgrids. Similar questions are arising around the country, including in the territories of ComEd (another Exelon utility) and Duke Energy, which are exploring different approaches to sell microgrids to businesses and state and municipal agencies.

3. Rate design equity can make or break a deal

The PSC’s traditional ratemaking role remains critical in an age of increasing income inequality and differentiated energy consumption and production options for customers.

In D.C, the back-and-forth positions of leaders in local government — from the Mayor to Commissioners to the city’s ratepayer advocate — mostly hinged on questions of the benefits delivered by Pepco and Exelon to different classes of consumers.

The Settlement Agreement brokered by the Mayor included $25.6 million in rate relief for residential customers (an average one-time credit of $57 and additional financial support for low-income residents).

In February, the Commission pushed back against the exclusion of non-residential customers from that rate relief fund, citing cross-customer-class equity issues, and proposing to defer rate relief until Pepco’s next rate case, leading the Mayor and the ratepayer advocate to remove their support from the proposal. The Commission’s final approval of the merger included deferral of the rate relief until Pepco’s next rate case, addressing its equity concerns.

Equity issues will remain core to utility operations and policy, including mergers and acquisitions proceedings, just as they are critical questions in power sector transformation issues like net metering reform, where the balance of benefits and costs between customer classes has driven states like California, Nevada, and Maine to revisit their treatment of solar PV.

These questions also come up in corporate renewables procurement, especially where large corporates are considering load defection, but where grid planning and rate design allocation was conducted with the loads of large corporate customers in mind.

One of the surprise highlights of the story is the extent to which a mobilized group of citizens influenced merger proceedings. Public utility commission proceedings tend not to engender much excitement, but this proceeding found a significant and vocal coalition of voters mobilized around the merger issue.

Power DC, a community-based coalition organized around its objection to the Pepco-Exelon merger, led the opposition. It mobilized at the neighborhood level, receiving the support of a majority of Advisory Neighborhood Commissions (ANCs) and many community-based organizations.

By mid-2015, four of nine D.C. City Council members had come out against the merger—  political pressure that created the space for the Commission’s initial rejection of the merger terms.

Residential and small business utility customers are rarely highly engaged participants at PUC proceedings. However, as these customers become more engaged either through investing in distributed energy resources or advocating for cleaner sources of power, we are likely to see increased attention to these important cases.

The order directs $21.5 million to support the Commission’s expenses and pilot projects in the ongoing grid modernization proceeding, an “Investigation into Modernizing the Energy Delivery Structure for Increased Sustainability.”

This proceeding is addressing how policies can help support a more reliable, efficient, cost-effective and interactive system, including key questions around regulatory barriers to distributed energy (DER) development and the definition of retail and wholesale electricity from DERs. D.C. is one of many leading states beginning the process of power sector reform joining New York’s REV proceeding, California’s Distribution Resources Plan proceeding, and Hawaii’s proceeding investigating distributed energy resource policies.

Many states have potential in this space, with regulators, utilities, and DER providers evaluating reform. Some efforts, like those in New Hampshire, Rhode Island, and D.C., are focusing on information gathering, defining the scope and objectives of reform, and coordinating existing activities.

Others are more narrowly focused on particular aspects of reform like Minnesota’s distribution planning proceeding and Massachusetts’ efforts on rate design and grid modernization plans. Meanwhile, forty-six states are in the process of considering either how they value residential solar PV through rates and incentives, or how the business model of community or third-party solar ownership should function.

These efforts can serve as an opening to reform markets more broadly and to enable DER as a grid resource.

D.C.’s merger experience highlights the increased likelihood of additional mergers in the industry, and of the important role of distributed energy resource owners and different customer classes in determining the terms of those mergers.

It also suggests trends in the broader world of power sector transformation, where regulators and utilities are likely to face questions of DER ownership, the utility business model, rate design, and distribution planning and operations in the near future. 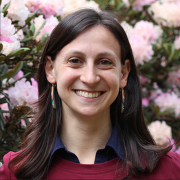 See all by Rachel Gold