In 2017, Florida ranked fourth (PDF) in the nation for efficiency jobs. But with so many untapped energy efficiency opportunities, the state could gain thousands of additional jobs. That’s because efficiency creates local jobs both directly — by employing workers to perform energy audits, manufacture efficient equipment and install efficient appliances — and indirectly, by generating bill savings that help grow the economy.

How to make these jobs a reality? Here are five key steps.

Of course, investments in efficiency do more than create jobs. They also contribute to improved health, cleaner air and increased resilience.

Florida has a significant opportunity to grow the local workforce while delivering energy and energy bill savings to the state’s residents and businesses. But without policy action, Florida may miss out on thousands of new energy jobs.

Will 2019 be the year the Sunshine State warms up to energy efficiency? 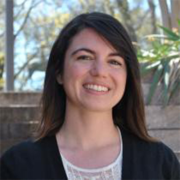 See all by Annie Gilleo