5 green technologies to watch in 2016

Why 3D printers, artificial intelligence, connected sensors, drones and self-driving cars should be on your list.

You can debate the relative merits of attending the massive CES technology trade show underway in Las Vegas until you’re blue in the face. (I’m skipping the annual confab this year, but GreenBiz Executive Editor Joel Makower hosted a panel there.)

One conclusion is certain, however: The event does a fabulous job of surfacing technologies that will affect both consumers and the corporate world.

This year’s CES, in particular, is replete with product launches and partnership proclamations that will loom large on sustainable business agendas. OK, so maybe they won’t be a big deal this year, but they certainly will break through within the next three to five.

In the spirit of early planning, here are five technology trends we’re watching closely. Hear more about all of them on today's episode of the GreenBiz 350 podcast.

It’s easy to be pessimistic about the state of 3-D printing. Two of the best-known players, Stratasys and 3D Systems, just finished years filled with layoffs, executive upheaval and, in one case, a consumer market exit.

The fact remains: 3-D printers have become a very credible tool for prototyping, one that allows businesses to test new materials and lightweight designs with less environmental impact than traditional processes. Sure, sales are limited right now, but by 2020, revenue from 3-D printer hardware and software will top $20 billion, according to projections from consulting firm Wohlers Associates.

There are several reasons 2016 will be a breakthrough year. One of the biggest telltale signs: Autodesk, HP Inc. and Toshiba are just three mainstream tech companies planning to introduce products, even though they’re not likely to hit the market this year. 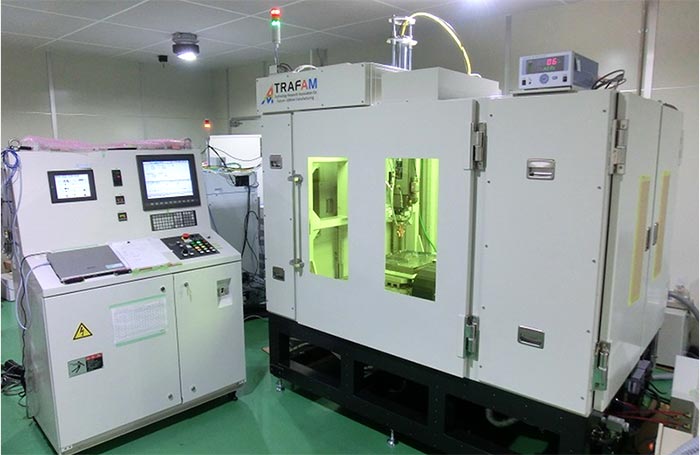 Still, that’s likely to inspire price cuts in the not-so-distant future, which will be great for those of you who aren’t willing to plunk down $100,000 for one of these machines today.

Analysts also anticipate faster printing speeds, as well as support for materials other than plastic. Toshiba’s system (expected in 2017) will print using powdered metals. Stratasys and 3D Systems are working on similar machines, which could push 3D printing out of its prototyping role into broader production applications.

On its own, artificial intelligence isn’t all that smart. But so-called "machine learning" technologies are absolutely central to everything from automated energy management systems to self-driving vehicles.

Right now, the market is tiny: slightly more than $200 million in 2015, according to Tractica’s forecast.

Now is probably a good time to remind everyone that IBM’s sophisticated Watson analytics technology actually got its start as an AI program, deep within IBM’s Deep Blue supercomputer. At last check in October, more than 500,000 people were registered for the service.

As just one example of how AI works, Vestas Wind Systems uses Watson to calibrate turbine placement and operations. The system considers data from more than 35,000 weather stations worldwide, along with Vestas’ own metrics, for more accurate predictions.

"We could pose the questions before, but our previous systems were not able to deliver the answers, or deliver the answers in the required timeframe," Vestas Vice President Lars Christian Christensen told IBM. "Now, if you give me the coordinates for your back yard, we can dive into our modeled wind libraries and provide you with precise data on the weather over the past 11 years, thereby predicting future weather and delivering [a] power production prognosis."

Other massive software companies advancing the capabilities of AI software are Facebook, Google and Microsoft. They’re all talking up the possibilities of image recognition but all three companies have donated at least some of their work to the open source software development community with the hope of accelerating the creation of other relevant applications.

Another development you should check out: a special "artificial intelligence supercomputer" launched at CES by chipmaker NVIDIA. The technology, which has the processing power of 150 MacBook Pro notebook computers, interprets data from cameras, radar, LiDAR (light and radar) and ultrasonic sensors — it’s meant (eventually) for use in self-driving vehicles.

Many people equate the Internet of Things with millions of button-sized sensors. It’s time for them to rethink that definition.

The gadgets instrumenting the world around us come in all shapes, such as Ford’s new hockey-puck-sized Velodyne LiDAR unit, which gathers information at a range of up to 200 meters. The object is to help a car create a 3-D image of its surroundings in real time. Google makes use of LiDAR, but Tesla CEO Elon Musk isn’t keen on the technology, so you probably won't find this sort of sensor in or on his company’s electric vehicles.

Technically speaking, your smartphone also could be labeled a sensor, thanks to its global positioning system features. Ditto anything with a camera.

Many people equate the Internet of Things with millions of button-sized sensors. It’s time for them to rethink that definition.

The biggest story, however, is the ability of these sensors to communicate. Research firm Gartner has predicted that more than 25 billion connected "things" will be in use by 2020. (That’s five times more than last year’s base of about 4.9 billion.)

One big application includes environmental sensors that measure ventilation metrics and moisture inside buildings. That market should grow from $4.2 billion in 2015 to $7.1 billion by 2014, according to a forecast by Navigant Research.

Two companies that will be instrumental in this push are smartphone chip giant Qualcomm, which is expanding to other form factors as quickly as possible, and Intel, scrambling to turn its legacy in personal computers into something much more profound.

In the past three weeks, more than 181,000 drones were registered for inclusion in the Federal Aviation Administration’s new database. By the end of 2016, the number of systems that should be included will reach 1 million units, according to data from the Consumer Technology Association. (Anything that weighs more than 250 grams must be declared.)

Skeptics, however, suggest that costs will hinder widespread adoption of drone technology for agricultural applications. There's also the matter of lacking air traffic control for all these new flying devices to keep in mind.

Another place that drones could be useful: for keeping watch over the distributed electricity grid and renewable energy installations. Some believe they could be critical for more efficient equipment inspections and maintenance tasks.

Revenue related to these sorts of systems could reach $4.1 billion by 2024, predicts Navigant Research. The firm is even more optimistic about drones tasked with monitoring wind turbines: it anticipates a $6 billion market by the same timeframe.

Other places that drones could be useful? Disaster recovery scenarios in remote locations or for tracking deforestation. Ford, for one, is encouraging experiments in this area — ones that also involve its smart vehicles.

Here’s a trick question: What company manages the largest test fleet of autonomous (aka self-driving) vehicles?

If you guessed Google, you would be wrong. The correct answer is Ford, which should have 30 fully autonomous Fusion Hybrid cars on the road by the end of 2016. The prize for the most intellectual property in this area, however, apparently goes to Toyota. 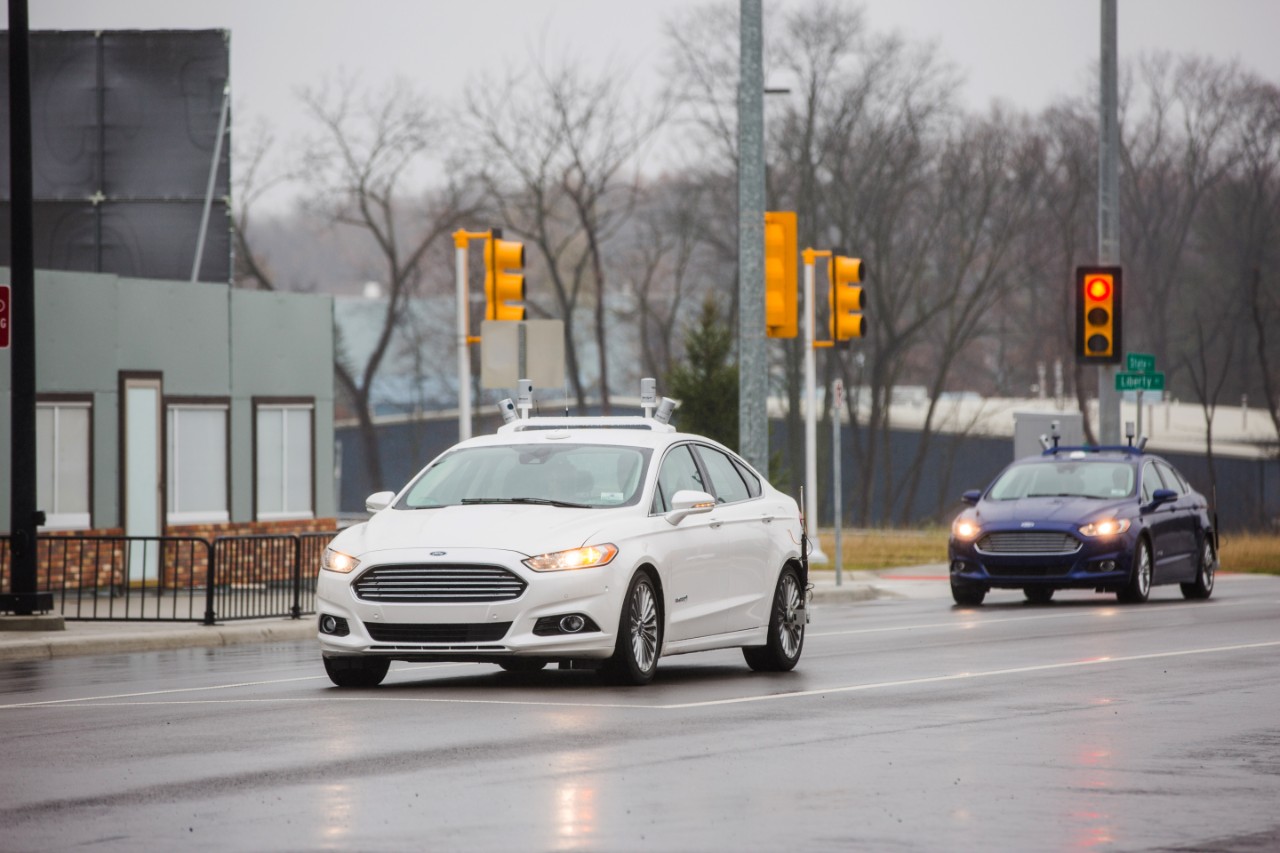 Frankly, the barrage of driverless car and automotive news out of CES was downright mindboggling, especially considering that we haven’t even seen that many semi-autonomous models in car dealerships yet. The best guess is that the first driverless cars will be from Ford, Tesla and Toyota, anywhere from the 2018 to 2020 timeframe.

Considering how long it takes people to replace their cars or fleets, it will take literally dozens of years for sales to really pick up. Navigant Research points to 2035 as a big year, when it forecasts 85 million "autonomous-capable" vehicles will be sold. For perspective, that’s about 10 million more shipment estimates for all autos sold globally during 2014.